Ben Rothwell is living the life.

Seven months ago, Rothwell welcomed his second child, this time a little boy. He has a daughter, who is now college, so the experience with his son is different than the first time around. When his daughter was born, Rothwell was constantly on the road at camps, making time to come home on the weekend so he could see her.

“I have this little guy and he’s a little me,” Rothwell said. “I got this little guy that’s going to learn martial arts and take after me and I’m getting to be with him every day and it is a different experience. It’s motivating. It’s a motivation for me.”

Not bad to learn from someone who has been in the UFC since 2009 and is on the brink of his 40th career win this weekend in the co-main event of UFC Fight Night: Holloway vs Rodriguez.

In his last four fights, Rothwell has gone 3-1, picking up victories against Stefan Struve, Ovince Saint Preux and, most recently, Chris Barnett. Rothwell doesn’t have a specific reason for why he has been such a powerful force recently. 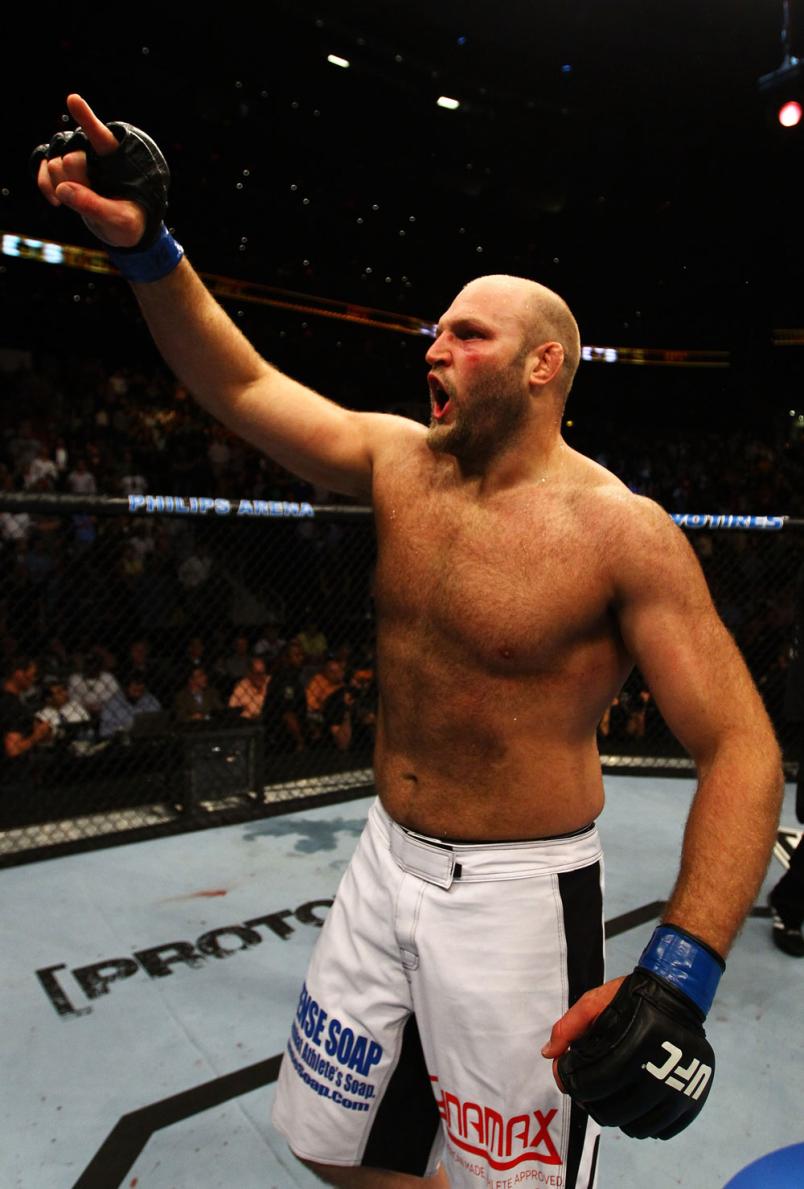 Instead, he chose to look at the people that are surrounding him daily at the gym that he owns in Wisconsin.

“I’ve developed a great training camp and atmosphere for myself,” Rothwell said. “I own my own gym, so I have a place to continuously train. I’ve kind of put this whole package together and it is definitely creating a strong version of Ben Rothwell.”

The Wisconsin native has another chance to show a strong Ben Rothwell this weekend when he faces another veteran in the sport, Marcos Rogerio de Lima. De Lima currently holds at 18-8-1 record with 13 wins by knockout and two by submission. Like Rothwell, his most recent victory came in May, as he defeated Maurice Greene.

Rothwell knows that his heavyweight bout with de Lima will not be an easy one.

“He has been around and had a lot of tough fights with a lot of tough guys.” Rothwell said. “He’s a kickboxer by heart. He throws hard kicks and now he’s developed into trying to go for takedowns and become more of a mixed martial artist. He’s another tough guy. That’s how it is in the UFC, every person you fight is going to be the toughest dude on the planet.” 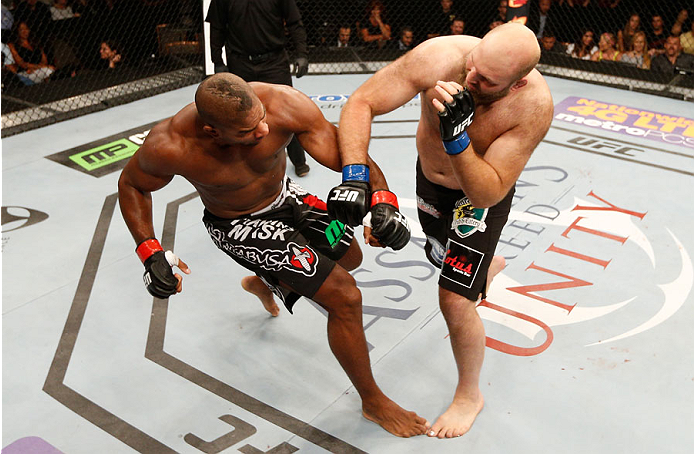 Rothwell lands an overhand right to the head of Alistair Overeem in their heavyweight bout during the UFC Fight Night event at Foxwoods Resort Casino on September 5, 2014 in Mashantucket, Connecticut. (Photo by Josh Hedges/Zuffa LLC)

Since beginning his professional career in 2001, Rothwell has secured 28 victories by knockout and seven by submission. There’s no secret that Rothwell has power in his hands, but he has also shown that he is dominant on the ground as well. In May, Rothwell’s win over Barnett came via guillotine choke.

The experience and resume that Rothwell has produced has allowed him to constantly work and evolve his game inside the Octagon.

“22 years in the sport I’ve created skills to become a mixed martial artist, though I’ve prominently showed a lot of my striking and recently you’ve seen I’ve been hitting more submissions,” Rothwell said. “I have a ground game that hasn’t really been revealed yet, so it’s a huge weapon that is just itching to show the world.

“I feel that I’m a huge problem everywhere. I think I’m tough to deal with on the feet and I’m going to prove that I’m tough on the ground, too. Typically, the guys that have had success against me just try to point fight, hit and run away. I’m just going to have to get in your face even more.”

Rothwell is eager to show off the new weapons he has been working on which will lead to another statement win.

“I don’t want to force anything. I’m going to impose my will, and through that they’re going to make a mistake and I will capitalize.”