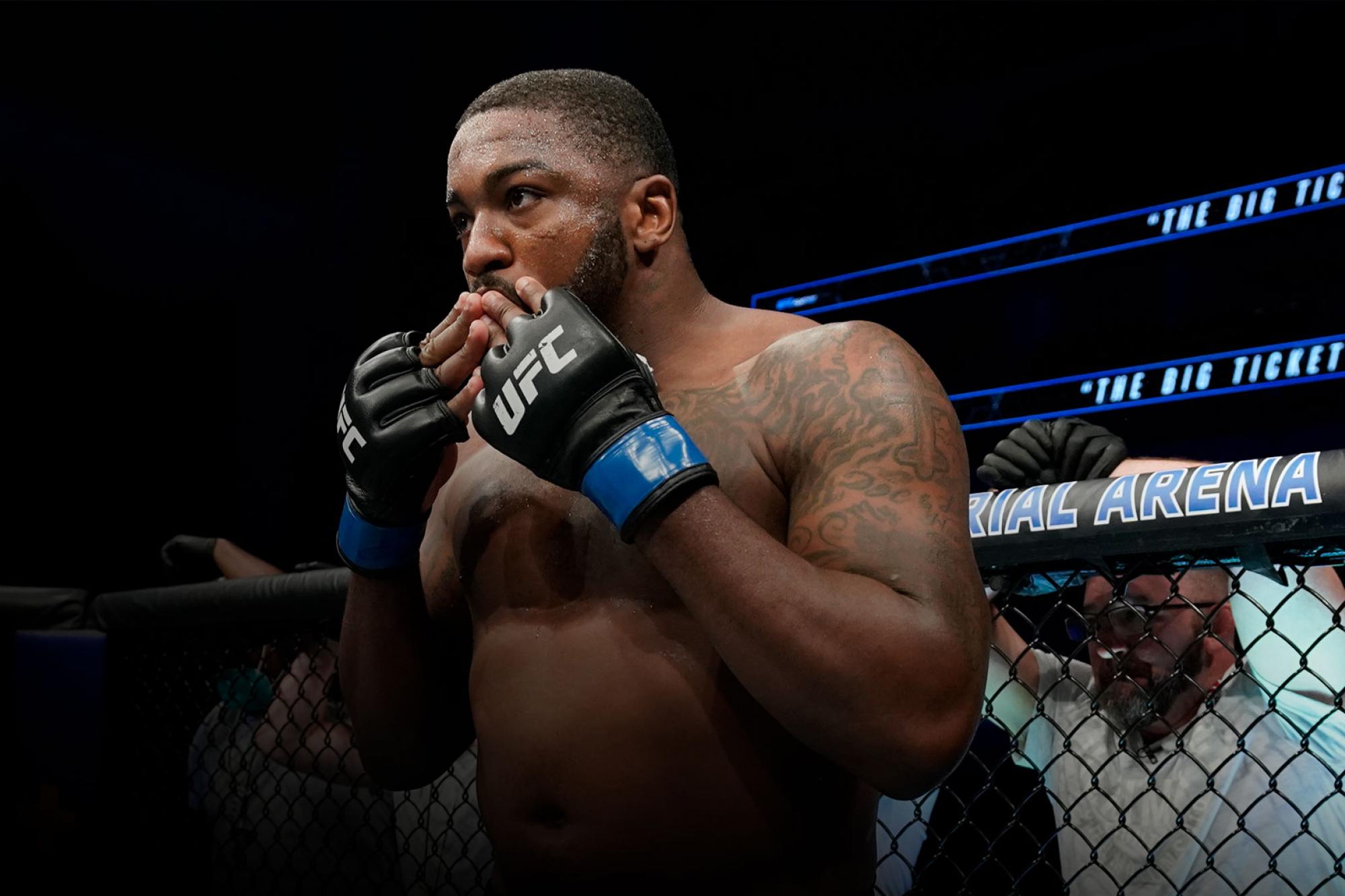 The Belt Is Still In The Cards For Walt Harris

At 37 years young, Walt Harris prepares for another opportunity at staying in the mix for the belt when he takes on Alexander Volkov at UFC 254
By Thomas Gerbasi, on Twitter: @TGerbasi • Oct. 23, 2020

Walt Harris may have lost his August bid for a council seat in Homewood, Alabama, but the world of politics has not lost “The Big Ticket”.

“I'm just getting warmed up,” said Harris. “I got some opportunities to do some things outside of City Council since I didn't win, but I'm gonna take some time and learn it over the next couple of years and then make another run when I retire, for sure.”

It’s probably for the best, even though Harris was determined to make a difference in his hometown. Why? Well, he does have a career as a prizefighter, one that is getting more hectic by the day as he moves in for a shot at the heavyweight title. His buddies agree.

“I jumped in super late so I really didn't get a chance to campaign and put the effort I wanted to into it,” Harris said. “I didn't lose by much, but I feel like if I would have been able to do what I wanted to do, I would have definitely got the seat. After it was all over and I talked to a couple mayoral candidates, they were like, it's probably the best thing you didn't win because you're a fighter and you're in a good spot and it would have taken a lot of time and you wouldn't have been able to focus on fighting like you really need to. So maybe when I retire it will be another good opportunity to try to get into it.”

Now, it’s back to the Octagon and a high-profile bout against Alexander Volkov on Saturday’s UFC 254 main card. And though Abu Dhabi is a long way from Alabama, after competing in Australia, Singapore and Canada, getting another stamp on the passport is no issue for him.

“I'm excited because I've never been over there and I've always wanted to go,” he said of the voyage to Fight Island. “And I’ve got my coaches with me and I've got a great team, so we always make every trip fun. So it's gonna be super cool to travel with them and go see that part of the world.”

He gets to get into a fistfight, too, which is always a good thing for the No. 10-ranked Harris, who is looking to bounce back from a May loss to Alistair Overeem. A win over the No. 7-ranked Russian will be the perfect rebound, but looking at the Overeem bout, there are plenty of extenuating circumstances that almost excuse Harris’ first defeat since November 2017.

There’s the fact that he rocked and almost finished Overeem early in the fight, a training camp in the middle of the COVID-19 pandemic that was less than ideal, and most importantly, the emotions behind Harris’ first fight since the tragic death of his daughter Aniah. And while his daughter will always be in his heart and mind for every fight, he can take the positives from his performance and bring them into this weekend’s assignment on Fight Island.

“We were coming off of COVID, it was one of the first fights back and training wasn't as consistent as it has been for this fight and I still went in there and I performed pretty well,” he said. “I wasn't happy with some areas of the fight - my conditioning and things like that because I take pride in those aspects of my game over the last couple of years. So I looked at it like, yeah, you didn't get the win, but you did go in there and almost put away a legend very early.”

And now he gets to go again.

“For sure,” Harris said. “I think this fight is huge for me because coming off the loss to Overeem, I wasn't set back much. I'm getting an opportunity to beat Volkov and put myself right back in the mix. It's almost like nothing ever happened with Overeem. I look at it as a blessing. I get an opportunity to keep my name relevant and keep my name in the mix and keep chasing that title that I so desperately want. So I'm excited. I've been training my butt off for so long for this and I'm ready.”

Not just ready for Volkov, but ready for a run at the belt at 37 years old, or as he sees it, 37 years young.

“I don't have the miles on my body like a lot of the guys,” said Harris. “For instance, like a Daniel Cormier, who fought until he was 41; he had wrestling for all those years at a high level, he had grueling fights up until he was 41 and he was still performing well. So I feel like I'm still in my prime. I'm sharp, I'm fast, my speed is still there, my fire is still there. Couple that with the veteran knowledge and being in there with some really high-level guys and I feel like that's a good mix for success for me.”

The timing is right for someone who made his UFC debut seven years ago this November. Does it feel that long for Harris?

“Maybe seven and a half months,” he laughs. “It's flying. I really looked at it the other day - your debut was in 2013. That's crazy to me. But it's a blessing to be fighting at this level for such a long time and it's weird to think I've been fighting that long and I'm still learning. I'm still growing, and I feel myself growing every day. This journey, I never thought I'd be here.”

But he is, and with a few more wins, he could be in position to cap that journey off with a heavyweight title belt. And cap it off he just might.