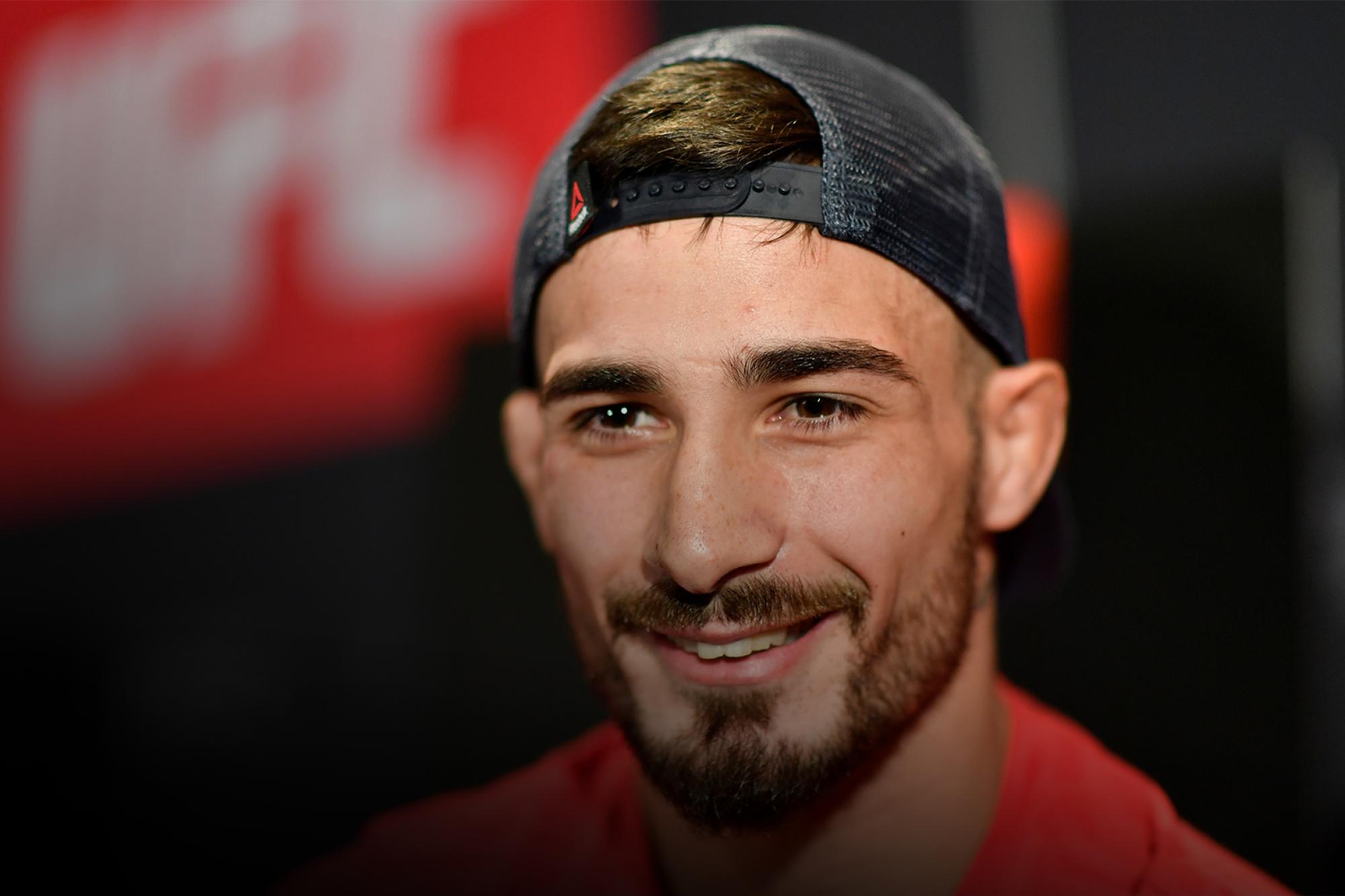 “I'm very at ease with that,” laughed Belluardo. “I don’t have to prove nothing to my public or to anyone but myself.”
By Thomas Gerbasi, on Twitter: @TGerbasi • Sep. 26, 2019

It’s not out of the realm of possibility that some hearty souls will make the 721 mile trip from Milan to Copenhagen to cheer on Danilo Belluardo this weekend when he faces Mark O. Madsen. But odds are that when the fighters make their walk to the Octagon, it will be national Olympic hero Madsen the fans at Royal Arena will be cheering for.

“I'm very at ease with that,” laughed Belluardo. “I don’t have to prove nothing to my public or to anyone but myself.”

It’s not the first time the Italian has worn the black hat on fight night, and he makes it a point to mention that when he was the invading visitor fighting the local favorite, it always worked out for him.

“It has already happened in Austria and Croatia, and both times I came home with a victory,” he said.

And though the unbeaten Madsen, a three-time Olympian and 2016 silver medalist in Greco-Roman wrestling for Denmark, is the “name” in this matchup, Belluardo is by no means an easy mark for his opponent, having won 12 of his 16 pro bouts, doubling the MMA experience of the 8-0 Madsen. 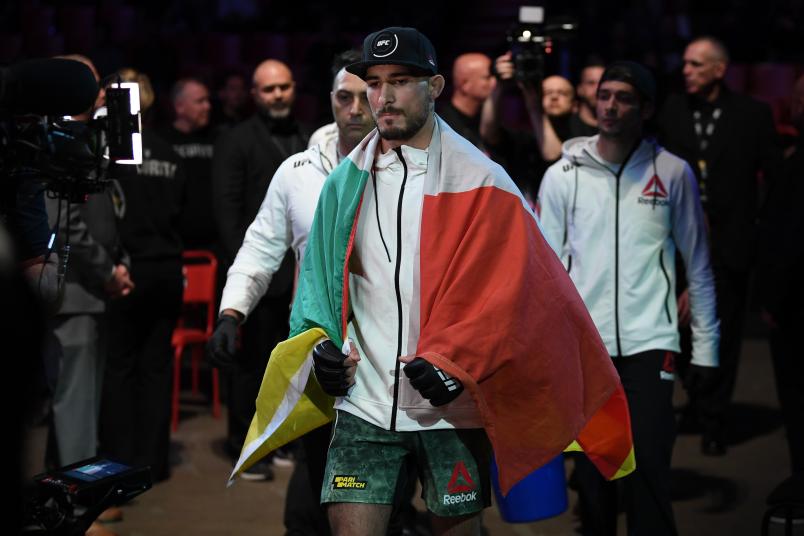 STOCKHOLM, SWEDEN - JUNE 01: Danilo Belluardo of Italy walks to the Octagon prior to his lightweight bout against Joel Alvarez of Spain during the UFC Fight Night event at Ericsson Globe on June 1, 2019 in Stockholm, Sweden. (Photo by Jeff Bottari/Zuffa L

What may be even more important than that is the fact that Belluardo already has one UFC fight under his belt. And while the 25-year-old lost that bout to Joel Alvarez in June, he took plenty of positives away from his first UFC fight week.

“It was such a great experience for me, and competing at the highest level feels great,” he said. “I lost, yes, but it was worth it because it was important for me to come to this fight more ready than ever.”

Since then, Belluardo has had several changes in his life, the most significant being that he will soon become a father. That forced more changes, including a team switch that he believes has him even better prepared for what happens on Saturday.

“All the work I did was great to bring me to my best for my debut,” he said. “Emotions were hard to manage, but I learned how to handle them moving forward. What has really changed is my team: I realized that the team I had with me was wrong, so I changed camps and now I’m training at Thunder Milano.” 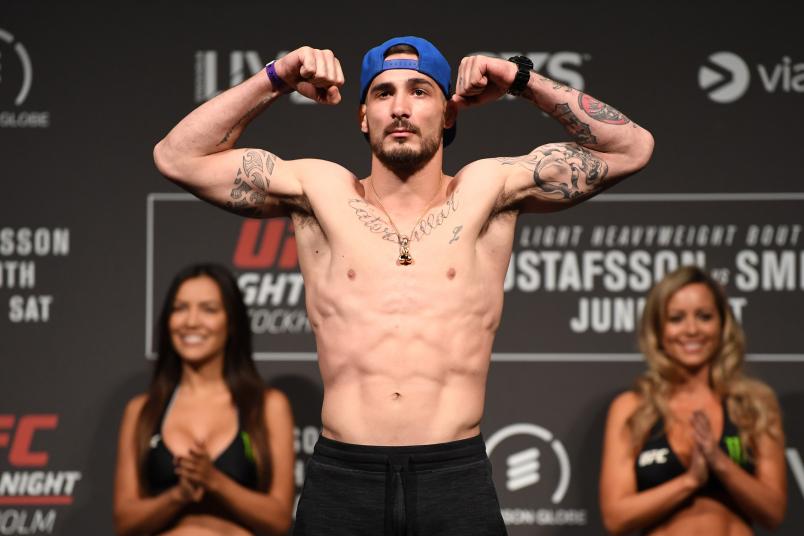 STOCKHOLM, SWEDEN - MAY 31: Danilo Belluardo of Italy poses on the scale during the UFC Fight Night weigh-in at Ericsson Globe on May 31, 2019 in Stockholm, Sweden. (Photo by Jeff Bottari/Zuffa LLC/Zuffa LLC via Getty Images)

Staying at home means that there was no work with California’s Team Alpha Male squad like last time, but he’s confident that he has done everything necessary to hand Madsen his first MMA defeat.

“I think he's a tough guy with a respectable wrestling resume, but I think he has never faced a solid opponent like me and like he will face here in the UFC,” said Belluardo. “Wrestling is a sport, and it’s just a component of an MMA fight. This is MMA and things are different; you can’t just switch sports and be a complete fighter.”

Belluardo has earned praise for being able to handle himself anywhere the fight goes, and the southpaw has the six knockouts and three submissions thus far to prove it. But ask anyone about this fight, and the breakdown ultimately ends with the conclusion that for Belluardo to win, he has to nullify Madsen’s wrestling game. Is it as simple as that? Of course not. And that’s the beauty of this sport and this fight.

“Nothing is simple in MMA and I can’t just predict what’s going to happen,” said Belluardo. “For sure, I have a game plan that keeps in mind his high-level wrestling, but I came prepared, and if the fight comes to wrestling, I’m ready to face my opponent.”