Aussie Welterweight Is Looking To Extend His Win Streak Against Ramazan Emeev At UFC 275
By James Cooney, On Twitter @JimCooney • Jun. 6, 2022

Jack Della Maddalena can’t remember a time in his life when he wasn’t interested in throwing down. The redheaded striker, who has won his past 11 fights to move to 11-2, says it started with wrestling his brother Josh as kids.

“I’ve just always been intrigued by fighting,” explains the 25-year-old. “For some reason, I was constantly wrestling with my brother. We’d be practicing moves and that sort of thing. Then, when I was 13, I took up boxing.

“I saw some MMA videos around that time, too – I remember a collection of Wanderlei Silva highlights that really opened my mind to the sport. But I didn’t know where I could learn it, so I stuck with boxing.”

Two years later, Della Maddalena discovered Scrappy MMA & Fitness in Perth, Western Australia, and his current journey began. After just a single lesson, he knew MMA was something in which he would eventually compete, and he’s been training at the same gym ever since.

The 170er might be a prospect who Dana White has described as “special” and Joe Rogan has praised as “having a huge future ahead of him”, but there was a time when he wasn’t sure exactly how far he’d get in the sport.

“I didn’t feel great after losing my first two fights,” he admits. “It was a major low point for me, but I still loved training, and my coach convinced me that I was better than what I’d shown in those performances.

“We set a goal to win the next 10 fights and we stuck with that plan. I just kept my belief and it happened.” 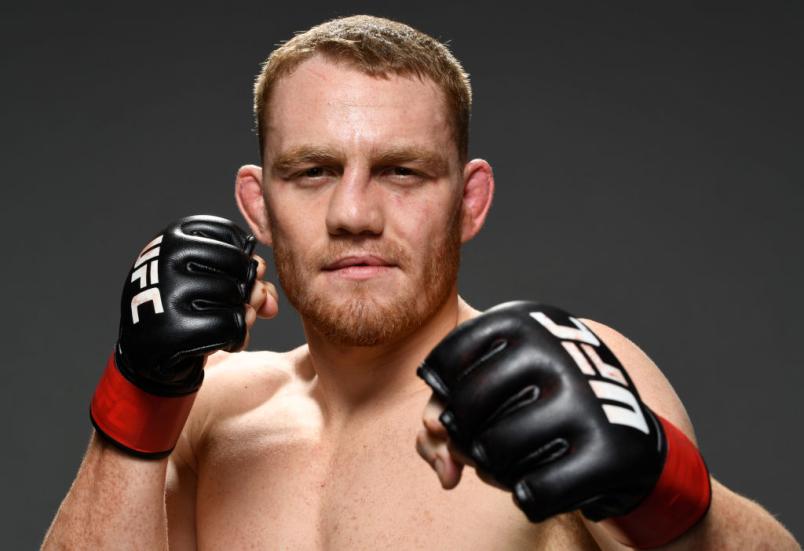 Jack Della Maddalena of Australia poses for a portrait after his victory during the UFC 270 event at Honda Center on January 22, 2022 in Anaheim, California. (Photo by Mike Roach/Zuffa LLC)

And then some. The Aussie blasted his way through the regional scene and onto Dana White’s Contender Series. He was offered a UFC contract after defeating Switzerland’s Ange Loosa, then faced off against American Pete Rodriguez at UFC 270 in Anaheim, California. It took him less than three minutes to score the knockout in his UFC debut.

MORE UFC 275: Five Reasons To Watch UFC 275  | The 16 Best Fights To Happen In Singapore | Flashback TO UFC 267: Jiri Prochazka Waits In The Wings For His Shot

“It was an insane feeling,” recalls Della Maddalena. “Most people who do MMA dream about fighting in the UFC. For me to actually get there, and then to win by first-round KO, was just amazing.”

The UFC commentators were impressed. Joe Rogan commented, “Oh my goodness, that was smooth,” and, “So good, this kid is so good.” Daniel Cormier agreed, “That was nasty. Right out of range with that left-hand counter. Dude was sleeping on his feet.”

Della Maddalena says that, like his interest in fighting, a desire to win decisively has been there for as long as he can remember.

“I’ve always wanted to finish. A lot of my early fights were more about grappling, though. I used to find it hard to really utilize my boxing skills, but now they’re one of stronger parts of my game.”

After the bout with Rodriguez, there were plenty of headlines and interview requests – especially Down Under. Suddenly, everybody wanted to chat to the soft-spoken striker with the busted nose. Della Maddalena doesn’t mind the “Next Big Thing from Australia” tag, though he’s tried not to let the fuss go to his head.

“It’s a bit strange,” he notes, “but it’s good to get support from other Aussies. I just keep focusing on my performance and concentrating on my next fight.”

Della Maddalena’s opponent at UFC 270 in Singapore will be Dagestani grappler and former Combat Sambo world champion Ramazan Emeev, who, at 20-5, has almost twice the in-ring experience, with seven trips to the Octagon since 2017.

“I’ve watched a few of his fights,” reports Della Maddalena. “It’ll be a solid test and probably my hardest fight yet. It’s the ‘Dagestani Wrestler Test’.

Everything You Need To Know About Road To UFC

“But I do think he’s pretty flat-footed, so if I can keep moving and stay off the center line, I should be able to land shots.”

Asked how he sees the contest playing out, the welterweight-to-watch presents a clear picture: “I’m going to bust him up badly and he’s going to keep shooting for takedowns. I think I’ll finish him late in the first or maybe midway through the second. He’ll be badly damaged, and I’ll be sticking and moving. That’s how I see it, anyway. I’m pretty excited about the whole thing.”