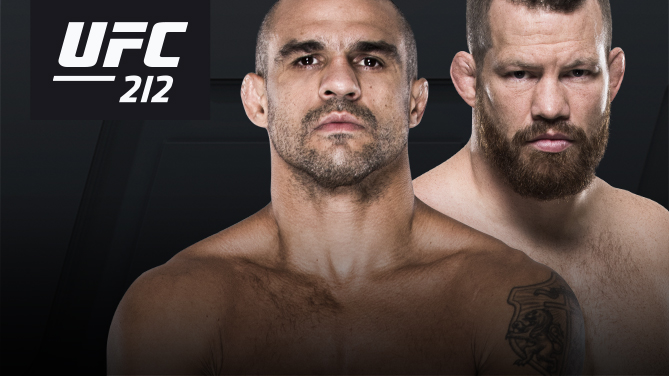 A UFC legend will join the stacked UFC 212 lineup on June 3, as Vitor Belfort returns to his hometown of Rio De Janeiro, Brazil to face Nate Marquardt at Jeunesse Arena.

In the main event, which airs live on Pay-Per-View, Jose Aldo meets Max Holloway for the undisputed UFC featherweight championship.

A former UFC light heavyweight champion who has faced the best of the best in that division, as well at at heavyweight and middleweight, Befort made his UFC debut in February 1997, and more than two decades later, the 40-year-old will step into the Octagon once more as he looks to impress his fans against fellow veteran Marquardt, who has finished his last four wins over Tyson Woodley, James Te Huna, CB Dollaway and Tamdan McCrory.