Belfort vs. Jacare to Headline Brazil Event in May 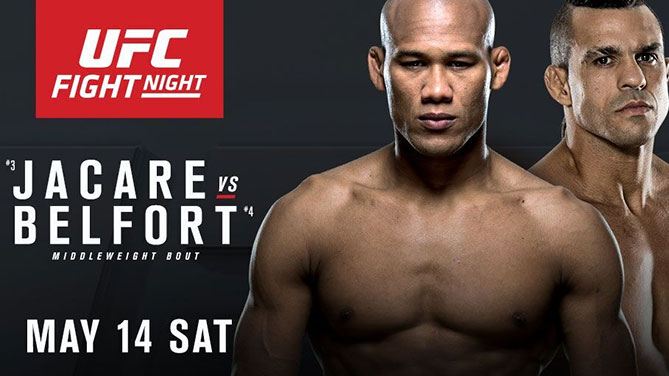 Brazil's first UFC event of 2016 will be one to remember, as former light heavyweight champion Vitor "The Phenom" Belfort looks to make his case for another shot at the middleweight title when he faces countryman and former Strikeforce champion Ronaldo "Jacare" Souza on Saturday, May 14.

The five-round main event will headline a FS1-televised card to take place at a site to be named shortly.

Fresh from a November knockout of Dan Henderson that concluded the trilogy between the two MMA superstars, Belfort has now won four of his last five bouts, a stretch that includes a knockout of current UFC middleweight champion Luke Rockhold. But to get that rematch with the champ, the 38-year-old Belfort must turn back the challenge of ground wizard Souza, who has gone 8-1 in his last nine bouts, with the only defeat a controversial split decision at the hands of Yoel Romero in December.