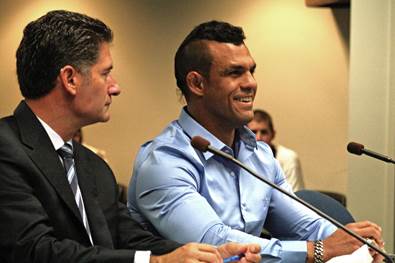 Vitor Belfort was granted a license to fight in Las Vegas on Wednesday morning by the Nevada State Athletic Commission, who voted unanimously to grant "The Phenom" his license based on three conditions.

Those conditions are that Belfort is not to fight before December, he must fight in Las Vegas and he must be willing to submit to complete and rigorous random drug testing at the discretion of the committee.

Belfort was emotional and sincere in his comments, and promised to stay drug free for the remainder of his mixed martial arts career.

Belfort explained his TRT use to the commission, stating that he was medically prescribed the drug, taking two shots per week. His testosterone level showed his testosterone-to-epitestosterone ratio to be 14:1 in his failed urine test in February. A positive test under NSAC rules is anything above a 4:1 ratio.

The day before his test in February, Belfort said he took one big shot, which is why his level showed up so high. Around the time Belfort was tested, he was considering filing for a TUE to use TRT in Nevada. The former UFC light heavyweight champion was apologetic and maintained throughout the hearing that he is committed to a drug-free lifestyle and will fully comply with any drug test requests the commission will have in the future.

"I feel like a little kid just passing my grades," Belfort said shortly after his license was granted, "I was being truthful with everyone, and I know it's been a roller coaster, but obody here is perfect, we all make mistakes. But the thing is, when you're true to yourself and true to your conviction, you can only reap what you sow."

The committee, specifically Commissioner Anthony Marnell, was very direct with Belfort, stating that the committee does not want to be made a fool of when it comes to fighters and possible drug use. The commission told Belfort he would be tested for any and all steroids until the day he retires.

Belfort said he looks forward to complying completely and setting an example. 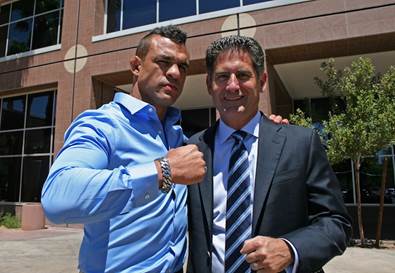 "I'm ready and I've been testing myself," Belfort said. "I welcome additional drug tests that the commission deems necessary."

Vitor will face Chris Weidman for the UFC Middleweight title on Dec. 6 at Mandalay Bay in Las Vegas.

"I'm glad, and now we can talk about December 6," Belfort said. "We made an agreement yesterday and the fight will be here in Las Vegas. It's so good to get what I work so hard for. Chris Weidman is a great fighter and a great athlete. I look forward to the fight."

Check out photos from the NSAC hearing.