Belfast and Sao Paulo rewind: What you got right & wrong

It was a UFC doubleheader on Saturday, with 13 consecutive hours of fighting between two cards in Belfast, Northern Ireland and Sao Paulo, Brazil, and main events featuring four top 10 fighters in the light heavyweight and middleweight divisions.

Kicking things off in Belfast, Gegard Mousasi earned a measure of revenge with his first round TKO over Uriah Hall after falling to the former Ultimate Fighter finalist in a shocking upset last year. Mousasi controlled the action from start to finish this time around, as he eventually took Hall to the ground and battered him with punches until the referee saw enough and called a stop to the contest.

Mousasi was a heavy favorite according to fantasy players, despite suffering a loss in his last fight with Hall. This weekend, 75 percent of players picked Mousasi to win, with another 60 percent saying he would get the job done by knockout. 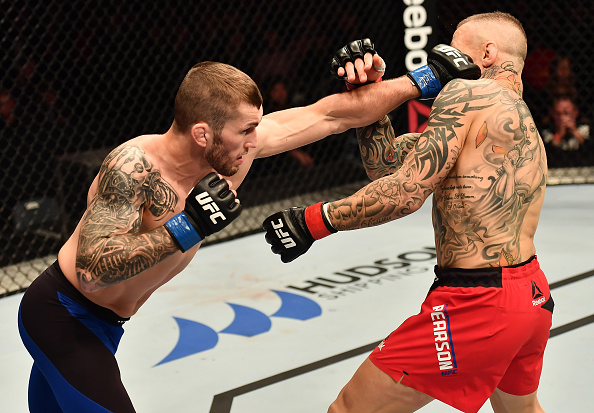 While Mousasi was a heavy favorite who came through with a big win, the co-main event saw a massive upset, with Stevie Ray earning a split decision victory over Ross Pearson. Only 19 percent of fantasy players selected Ray going into the card, although 64 percent of those did pick him by decision.

The upsets continued in the heavyweight featured bout on the main card in Belfast, as newcomer Alexander Volkov edged out Tim Johnson in a three round battle. Volkov only had 39 percent of fantasy players picking him going into the fight, but those who did earned an extra 40 points as it was his UFC debut on Saturday.

Artem Lobov also earned an upset victory in his fight with Teruto Ishihara, with only 42 percent of players picking him to win. Lobov had arguably his best performance to date as he punished Ishihara consistently over three rounds to earn the decision victory.

Jack Marshman kept the trend of upsets going with his stunning knockout over Magnus Cedenblad in the featured prelim after just 29 percent of fantasy players picked him to win. Much like Volkov on the main card, Marshman added another 40 points for players picking him to win as he was also making his UFC debut.

The favorites got back on track the rest of the way, with all eight participating in the remaining bouts on the card coming through with victories. Among the most impressive performances were Kyoji Horiguchi taking down Ali Bagautinov after three rounds while Kevin Lee was ultra impressive with his victory over Magomed Mustafaev.

The biggest favorite of the card was Marion Reneau, with 81 percent of players picking her to defeat Milana Dudieva, and she put on a stifling performance to earn the TKO victory. All told, nine favorites walked away victorious versus only four upsets according to fantasy players picking the UFC Fight Night card in Belfast. 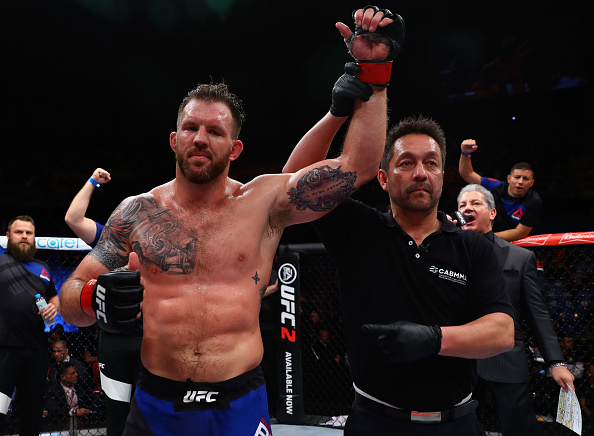 As for the show in Brazil, Ryan Bader put on a blistering performance to TKO Antonio Rogerio Nogueira in the third round as the light heavyweights met in the main event of the evening. Bader had actually defeated Nogueira once before in 2010, but this time around he put on an even more impressive showing.

Fantasy players had this matchup well scouted, with 89 percent picking Bader and another 75 percent saying he would win by knockout.

The co-main event was even more lopsided, with 94 percent of players picking Thomas Almeida to beat second-time UFC fighter Albert Morales. Almeida earned a nasty second round TKO to get back on track following a tough loss in his last fight to Cody Garbrandt.

While Almeida was a lopsided favorite, Claudia Gadelha actually had him beat with a whopping 95 percent of players picking her in her fight with Cortney Casey on the main card. Gadelha certainly proved the fantasy players correct as she dominated Casey over three rounds en route to a unanimous decision victory.

Two more heavy favorites also came away victorious in Brazil, with Kamaru Usman taking out highly touted Brazilian prospect Warlley Alves after 62 percent of players picked him to win, while Sergio Moraes had an impressive showing against Zak Ottow after 75 percent of players selected him ahead of the event.

The only upset on the main card came in the middleweight division, as Krzysztof Jotko had a very solid night against former title challenger Thales Leites after only 22 percent of players selected him in that particular matchup.

In the prelims, Cezar Ferreira got a big win after 67 percent of players picked him in the fight with Jack Hermansson, while Johnny Eduardo earned a TKO victory over Manvel Gamburyan, with 65 percent of players selecting him in that bantamweight matchup.

While the upsets were few and far between on both shows, newcomer Gadzhimurad Antigulov got a big win over Marcos Rogerio de Lima in his debut. Only 19 percent of players had Antigulov getting the win, but those points were huge because he also earned them another 40 points since it was his first fight in the UFC.

The early prelims saw the other two upsets on the card, as Pedro Munhoz submitted Justin Scoggins with only 24 percent of players picking him, while Darren Stewart earned a TKO victory over Francimar Barroso after only 32 percent selected him on Saturday night. Stewart was another fighter making his debut, so that also earned yet another 40 points for the players who picked him.

All told, eight favorites got wins in Brazil against four upsets on the 12-fight card. That means altogether, 17 favorites came away victorious between the two UFC cards on Saturday with eight upsets occurring over 25 total fights.