It's been a stressful period outside the Octagon for Belal Muhammad of late. Luckily he'll get to get back in the cage at Fight Night on Saturday.
By Gavin Porter, on Twitter: @PorterUFCnews • Jun. 18, 2020

Earlier this month the store was vandalized and looted. The store was a point of pride for the Muhammad family and an asset that Muhammad’s father intended to pass on to his family someday.

But even though the loss of the business is devastating, Muhammad is looking at the entire situation with a positive mindset.

“There is a blessing behind every disaster,” Muhammad told UFC.com. “It honestly hit pretty hard. That’s my dad’s store and it got smashed. It got looted and I know he wanted to pass that store on to my four brothers and me. I’m just thankful that we are all healthy and all safe. My dad doesn’t need to work because my four brothers and I are going to take care of him. Maybe he can even come to one of my fights for the first time.”

One way that Muhammad has coped with the uncertain and difficult times is training. He’s been able to put his head down and put work in to take his mind off of all the negativity he sees daily.

“It’s definitely a crazy time right now,” the 31-year-old Muhammad said. “You look at the news and everyone is so stressed out because there are so many things going on in the world right now. The best thing for me is training; it’s like my medication. I just want to live life and be happy, so I found peace in getting punched in the face or tapping someone out.”

On Saturday, Muhammad will be able to do what he loves when he fights Lyman Good in the UFC APEX. The bout is an opportunity for Muhammad to extend his win streak to three in a row while performing on the event’s main card.

“This is the time when everyone is tuned in. Everyone has already been through all of the Netflix shows and now they want to watch some live sports,” Muhammad said. “I’m on the main card on ESPN and there are going to be a lot of eyes on me. I’m an exciting fighter and I am going to show out.”

Putting on a show is important to Muhammad, especially since each of the UFC cards that have taken place since the promotion returned to action in early May have featured more than a few exciting moments. 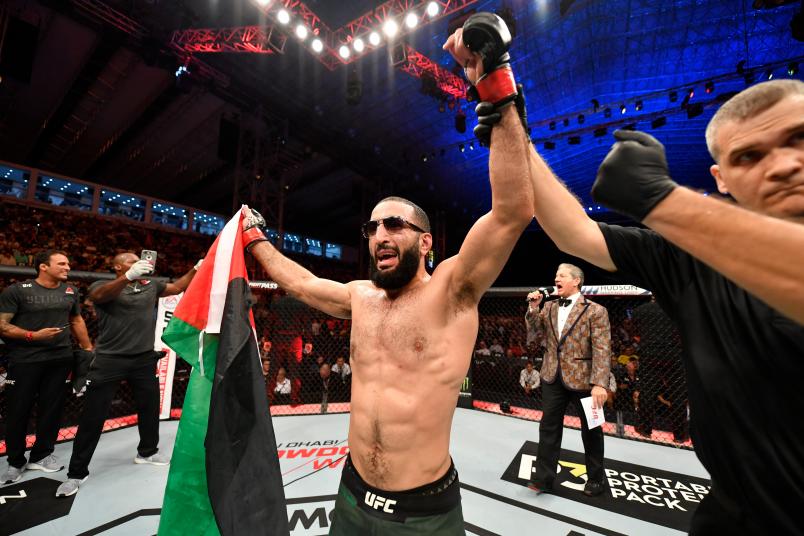 For that reason, Muhammad plans to live up to his nickname “Remember The Name” and showcase why he is a prizefighter. And he’s confident that the matchup with Good is the perfect opportunity put an exclamation on that statement.

“I can strike with him, grapple with him and wrestle him, so unless he lands a crazy punch there’s no way this guy can take me out,” Muhammad said. “I feel like I’ve fought a better resume of guys than him and I train with killers and I’ve fought killers. I’m going to prove that I should be fighting ranked guys every time I step in there.”

Muhammad has drawn inspiration from guys like Gilbert Burns, who has won fights and stepped up every bit along the way during COVID-19. He’s seen how Burns captured momentum and made his way to a title shot.

That is what Muhammad is looking to gain on Saturday.

“Nowadays with ranked fighters they use some excuses because they want to hold on to their number. That’s their goal. I want to fight for the title one day and guys like Gilbert Burns, those are the guys who motivate me,” Muhammad said. “It’s all about momentum and it’s about the run you put together. You don’t need to have the longest winning streak to have a title shot, it is about being active and being ready to go anytime.”

Make sure you watch Muhammad fight on the ESPN and ESPN+ main card against Good at 8pm ET / 5pm PT.