"It’s nice to be in there with somebody that you respect more as a martial artist and somebody that’s not just a fighter." - Cole Miller 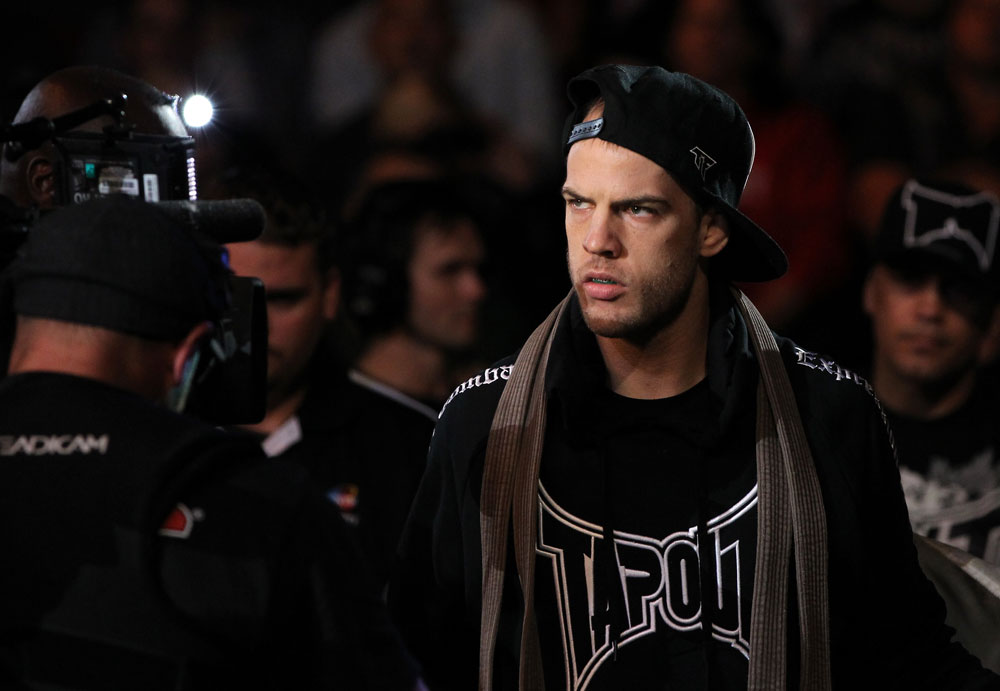 “Me and you keep having this same interview,” laughs Cole Miller when talking about his five year career in the UFC. It’s not a belly laugh that you would have after a funny joke, but more of a ‘can you believe this?’ kind that has him wondering how a fighter with his level of talent sits at 7-4 in the Octagon. “I’m just trying to find some consistency. For every two good performances I put in, another s**t one comes out. What are you gonna do? Just go in there and just do it.”

Just biting down on his mouthpiece and going to work may be the best course of action for Miller, who, despite his claims, is one of the more intriguing interviewees in the sport. At this point, coming off a decision loss to Steven Siler in his featherweight debut in March, the Georgia native sounds exasperated about the struggle to maintain the performances he had against the likes of TJ O’Brien, Ross Pearson, and Dan Lauzon while also staying injury-free in the process. And it’s a valid concern.

“I’ve been walking up this mountain for four or five years now,” he said. “There’s nothing fun about struggle. It’s two forces meeting in there and one force trying to come out on top and trying to make a living.”

So maybe what happened after his loss to Siler was the best thing for him at this point. He hit the road, he got on a bike, and he hit the water. Yeah, he got back to competing in triathalons.

“I wanted to do something that was fun and get back to having a hobby,” he said, proving that he is a true athlete, because few of us couch potatoes would consider triathalons fun or a hobby. When this is pointed out to him, he’s quick to explain.

“I’m not doing anything crazy, I’m not doing the Ironman distance. I did four sprint distances, an Olympic and an international distance this season; the sprints take me a little bit over an hour, the international is just over two, and the Olympic is over two and a half. I don’t really consider racing for an hour very long.”

He said it, not me. Then he chuckles.

And while there are obvious physical benefits to Miller’s “hobby,” getting away from the MMA grind for a bit may have been the biggest plus, as he was able to clear his mind and get back on track by the time he received his next fight contract. That fight will be this Saturday against Nam Phan, and like many of Miller’s fights, it’s a barnburner on paper, but unlike many of those same fights, this time there will be no added heat between the combatants, only a mutual respect.

“It’s nice to be in there with somebody that you respect more as a martial artist and somebody that’s not just a fighter,” said Miller. “So I don’t think of it as being better or worse; I would say it’s kinda refreshing to go in there with a different attitude.”

He pauses before getting down to the heart of the matter, which is no matter whether he likes or dislikes his opponent outside the Octagon, when the bell rings, he’s going to try and punch him as hard as he can. And he knows that Phan will do the same to him.

“I know what the deal is – I’m coming off a loss and my back is against the wall and the bottom line is that me and Nam are gonna get nasty in there. We’re fighting close to his hometown, he’s gonna have a lot of supporters there, and I’m sure he’s not trying to lose in front of his people or get another loss in the UFC, and I know that he’s trained hard for this and is gonna be bringing his A game. I gotta get in there and get nasty, and he’s never been one to shy away from an aggressive game, so we’re gonna both move forward, clash in the center, and hopefully it goes good for me.”

If it does, the win will be the 28-year old’s 19th as a pro, against only six losses. That’s an impressive run over the last seven-plus years for sure, but the American Top Team member doesn’t think for a minute that he’s figured this complex sport out.

“It’s not even surprising,” he said. “It’s really frustrating and it kinda sucks. I’m getting older and I kinda feel like I don’t really know anything about the game or about fighting. I feel like I’m making a fresh start over and over again, and that may be a good thing, but because my game is still growing, sometimes you go into the gym and you feel like you’ve really got it down, but you still might not have it completely down to do it in the fight. So even though you’re getting better, it’s really kinda hard to grow as a fighter.”

The way he explains it, if you neglect your strengths to work on your weaknesses, the weaknesses start to fade away but at the same time your strengths get weaker. It’s a push-pull scenario that can drive anyone crazy, and Miller describes it as “a constant war with yourself.” But through it all, he stays with it, he perseveres, and he does whatever he needs to in order to win that internal war. Once that’s done, he can show off what he’s learned in competition, and when it comes down to it, that’s what being a martial artist is all about.

Miller admits that the martial arts part of mixed martial arts isn’t always at the forefront of the sport these days, and he deals with it the best he can. Again, that’s just part of the journey, one that he’s not ready to step away from just yet.

“That reward can hit on a small level every time you get in there, and I’ve had it within my grasp, but I want something more,” he said. “I want to win on a consistent basis, I want to work my way up the ladder and I want to work my way up as a martial artist, just like you want to work your way up through life in general. It’s just with a different career choice than most other people. I probably could do something else, and you know what, maybe one day I will. Maybe one day soon, maybe one day later. But this is where I put my time in since 2003, so this is all I’ve been doing, it’s what I’m gonna keep doing, and I’m gonna keep trying to hone and perfect my craft as a martial artist, and strive and keep searching for that consistency and perfection.”

Suddenly, wins and losses just don’t seem that important any more. Sure, this is Cole Miller’s job and this is how he pays his bills, but there’s always something bigger than what’s right on your plate at the present time. He knows it, and you get the feeling that no matter whose hand gets raised at the end of a fight, he’s going to find a way to succeed where most wouldn’t.

“You’re gonna have setbacks in life and things are gonna hold you back, but you just gotta get up and keep going,” he said.