For Beal, There Are Always Two More Rounds

"I have been through a lot. I've battled cancer, I lost family members and friends, so I look at life a little different than most people do." - Chris Beal 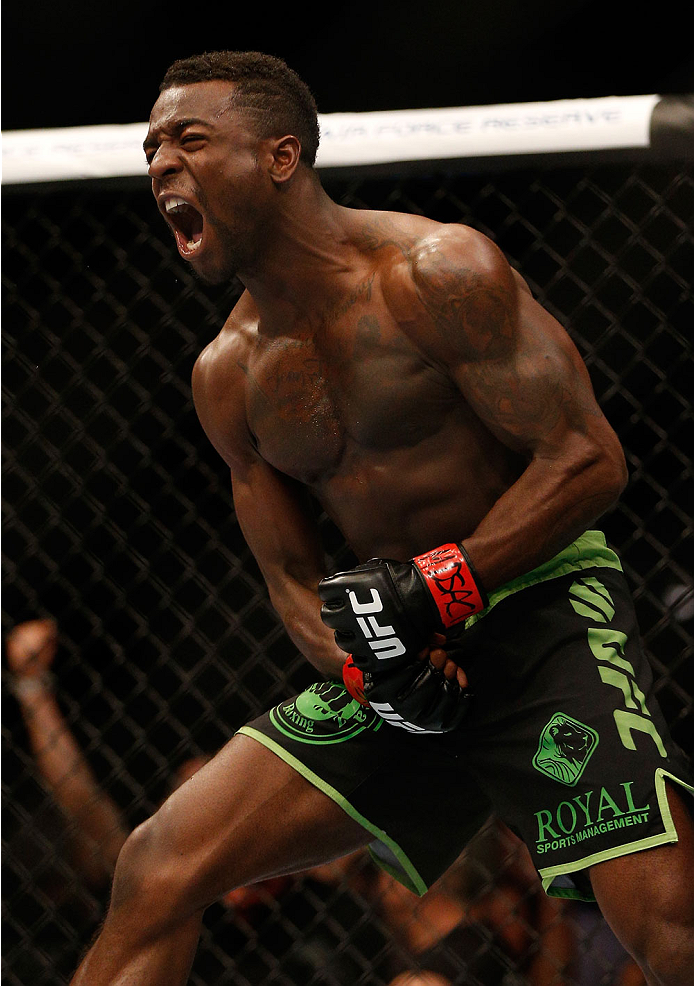 He may not be as brash as a certain UFC featherweight from Ireland, but bantamweight Chris “The Real Deal” Beal is just as confident in his abilities inside the Octagon as Conor McGregor is.

“In the short term we need to get another W,” says the 29-year-old from Ventura, California. “Long term, our goal is to climb our way up the ladder and hopefully get the belt and be the best in the world. We're even more hungry now than we were before. I feel like I'm starving. I not only want to win, I want to win impressively. I want the UFC to say 'Yeah, we want that kid back,' and I want the fans to get their money's worth. I will do everything in my power to stop whoever it is that is in front of me.”

Beal will make his second trip into the Octagon Friday at UFC Fight Night: Jacare vs Mousasi against late replacement Tateki Matsuda.

On paper he sounds every bit as brash as McGregor, however, to hear Beal speak, one comes to appreciate the quiet confidence that speaks volumes about this man.

In fact, his whole fighting career is a metaphor for his life.

"I have been through a lot,” he said. “I've battled cancer, I lost family members and friends, so I look at life a little different than most people do. I want to be positive at all times and be thankful for everything I've been through. My outlook in life is to try to make the best out of everything I can."

And he has certainly done just that.

Beal took a gamble to serve as a participant on The Ultimate Fighter: Team Rousey vs Team Tate.

He was Coach Ronda Rousey’s first pick after an impressive fight to gain entry into the TUF house, and he was the one with the target on his back. Unfortunately, Chris injured his hand and ended up with the first loss of his career against housemate Chris Holdsworth during a subsequent episode, but that loss is what inspired his Performance of the Night showing during his official UFC debut against Patrick Williams at UFC 172.

“He was my toughest opponent so far,” he says of Holdsworth. “That fight got me mentally. It messed with my head a little bit, but I make no excuses; he beat me fair and square. To get over that though was a big thing for me. It let me know that I'm only human. Losing does suck. It's a feeling that I will never forget and I never want to feel that way again anytime soon. I thank him for that lesson, and I hope to take it out on my next opponent."

If Beal learned a lesson in that loss, he must be some model student, because he crushed Williams with a picture perfect flying knee in the second round of his next fight, earning him a hefty $50,000 bonus.

As far as first impressions go, it doesn’t get any better.

Matsuda became Beal’s third announced foe after Rob Font and then Dustin Kimura pulled out due to injuries. Most fighters are loathe to walk into a fight not fully prepared for a certain fighter, but the Knuckleheadz Boxing product is simply going to roll with the punches.

"It doesn't really affect it too much,” he says of the name changes. “My game plan is to put hands on him, be faster, be quicker and more violent. The game plan stays the same; the opponent is the thing that changes. I'm ready to go. I don't care what he's going to do. I prepare me. If we’ve got to sprawl we'll sprawl. If we have to wrestle I'll wrestle. You want to stand up and bang with me I'm going to try to knock your head off."

“The Real Deal” has had his share of fights outside of rings as he has in them, only some of those fights were life and death situations. Growing up in South Central Los Angeles, Beal went to school with members of the notorious Bloods gang. In fact, his older brother Sean became a gangbanger, and lost his life after being gunned down on the street in LA, something that still stings.

"Life is short,” he said. “People can be here one day and gone the next. My older brother was my best friend. He was the person I looked up to the most, and it was tough. So I live for today and make the most out of everything. I grew up in a tough neighborhood but I always say, 'You're not a product of your environment, you can do whatever you want to do.' I told myself I was going to be in the UFC and here I am in the UFC. Hard work pays off."

It is a lesson he will make certain to instill in one Christopher Mario Beal Jr., his 12-year-old son.

“I was raised by my mom,” he said. “She had three boys and did the best she could. She was my mom and my dad. I've talked to my father maybe twice in 29 years. My mom taught us some valuable lessons. She helped me through all my ups and downs and if she wasn't around I wouldn't be doing what I'm doing right now. My mom went through hard times keeping it together. Having a son of my own now, I know it wasn't easy raising three boys, especially because I was a knucklehead. I want to make sure I will be there for my son as long as I can be. I want to be able to throw and run and catch football with him.”

There was a time in Beal’s life where playing touch football – never mind being a professional fighter – was in real jeopardy.

In October of 2009, Beal would tear his meniscus during his second professional MMA bout. When the doctor was working on the injury, Beal asked him to drain a fluid-filled cyst behind his knee while he was cut open. What the doctor found, however, was much worse than simply a nagging cyst.

“I had a tumor behind my leg,” he says. “They tore ligaments and part of my hamstring out. I thank God and my coach and my family for helping me get through all that. I consider myself to be a strong-willed person, but when you go through something like that at such a young age it's really tough. It was tough on my body and there were times I did want to quit, but my coach told me there are still two more rounds. No matter what happens in round one there are still two more rounds to go and we laced up and battled it, and we persevered.”

If fighting is Beal’s metaphor for life, and perseverance is his weapon, then it won’t be too long before coach is saying, “There are still four more rounds.”