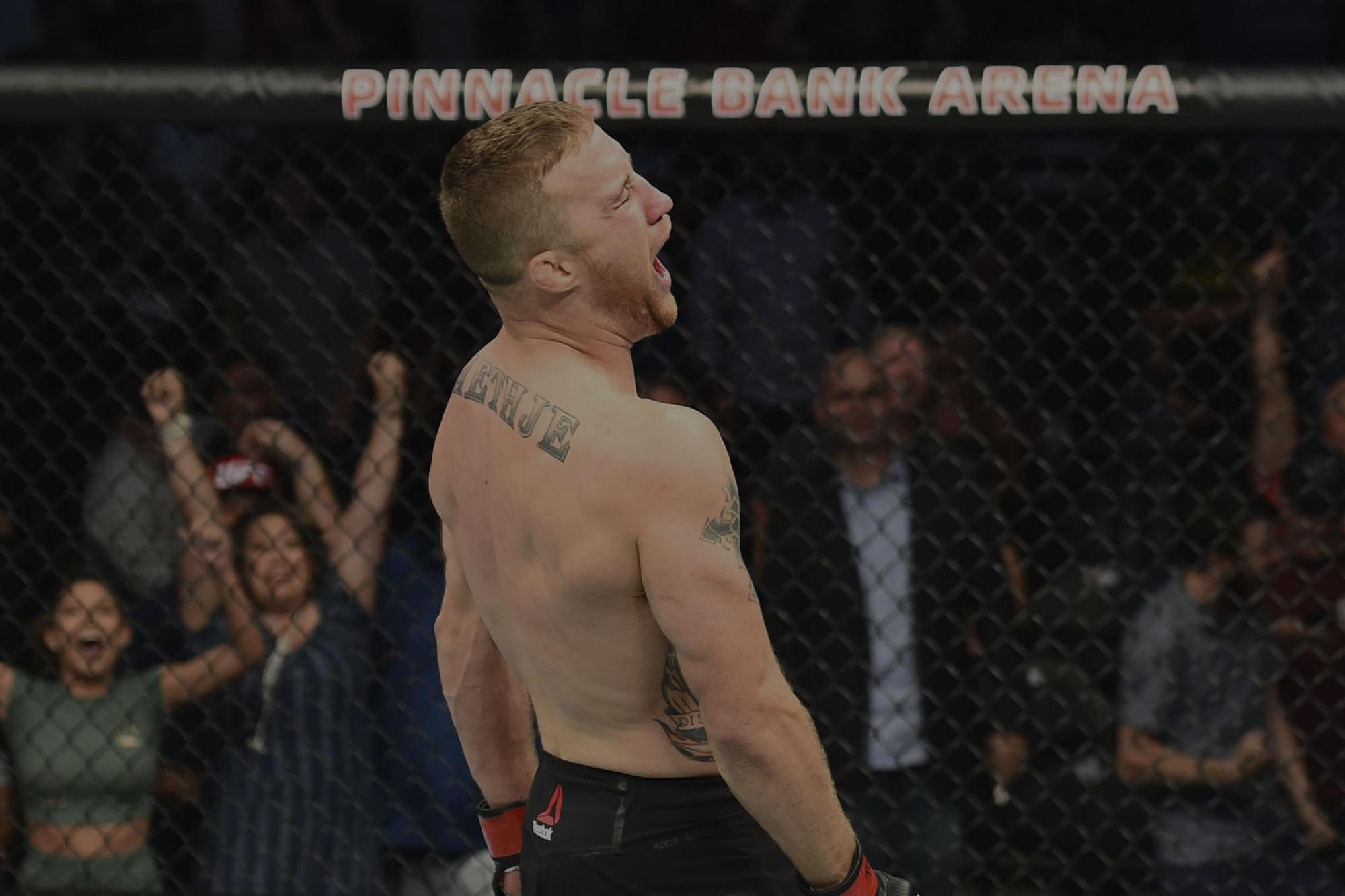 Edson Barboza puts his Muay Thai attack on display against Justin "The Highlight" Gaethje live on ESPN from Philadelphia.
By Thomas Gerbasi • Jan. 22, 2019

World-class MMA action will get turned up to 10 at Wells Fargo Center in Philadelphia on March 30, as ferocious striker Edson Barboza puts his Muay Thai attack on display against Arizona action hero Justin "The Highlight" Gaethje.

This five-round clash of lightweight contenders will air live on ESPN.

Fresh from an 87-second knockout of James Vick that earned him his fifth post-fight bonus, Gaethje will attempt to defuse the punishing attack of Brazil's Barboza, who is coming off a knockout of his own over Dan Hooker in December.