Barao a winner, as are Nelson, Trinaldo and more 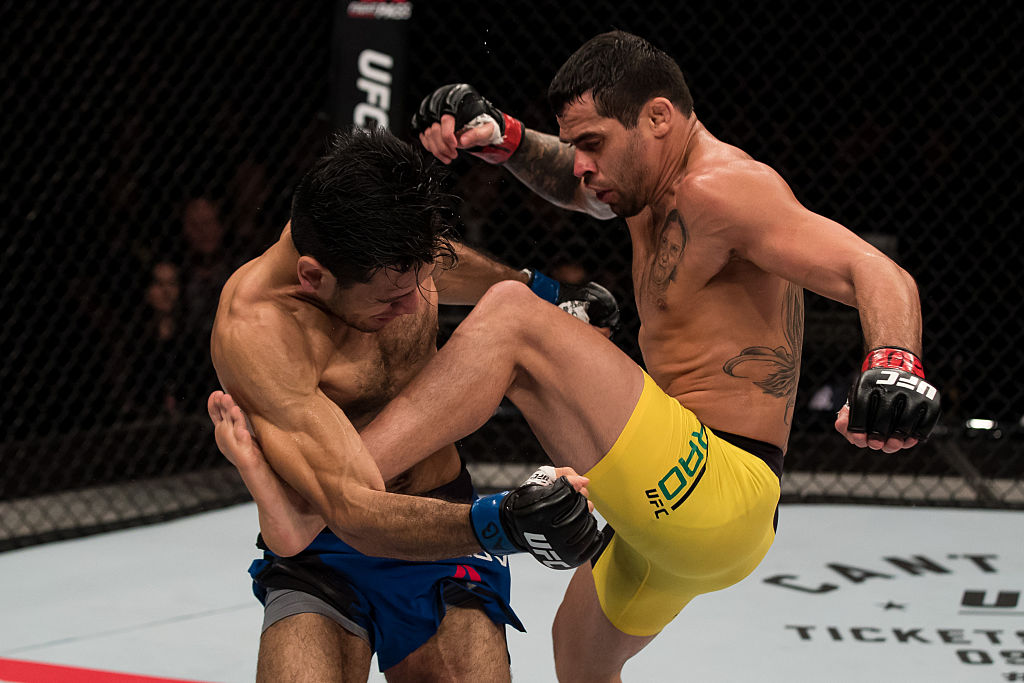 Former UFC bantamweight champion Renan Barao picked up his first Octagon win at 145 pounds on Saturday night, as he held off a solid effort from New York’s Phillipe Nover to win a three-round unanimous decision at Ginasio Nilson Nelson in Brasilia, Brazil.

Nover had success in the first round with his jabs and counterpunches, but he wasn’t as busy as the Brazilian, whose leg kicks and punch flurries kept him ahead of his foe.

Barao stepped on the gas a bit in round two, and while he didn’t get Nover out of there, he was building a sizeable lead as the bout entered the final round.

Barao picked up his second takedown of the fight in the second minute of round three, but Nover rose quickly. And while the Brooklynite was still in the fight, the single shots he was throwing were not going to get the job done against the former champion. 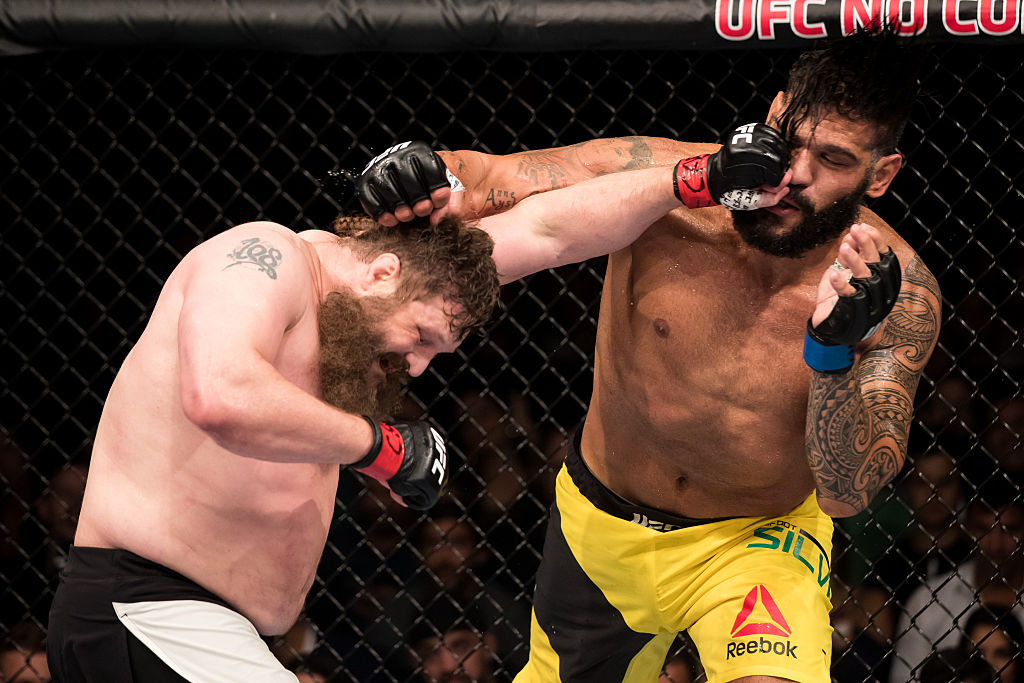 Heavyweight veteran Roy Nelson kept his title dreams alive at 40, as he knocked out fellow contender Antonio “Bigfoot” Silva in the second round.

Brasilia’s Silva fought well in the early stages of the bout, mixing his strikes up well as he shook off Nelson’s right hand bombs. Nelson closed the distance in the final minute and clinched up with his foe as he looked for the takedown, but he wasn’t able to get it.

There was more of the same in the second round, as Silva continued to keep Nelson at bay, but as the seconds ticked away, Nelson finally hit paydirt with a right uppercut that dropped “Bigfoot.” A few follow-up shots later, and referee John McCarthy had seen enough, halting the bout at the 4:10 mark of round two. 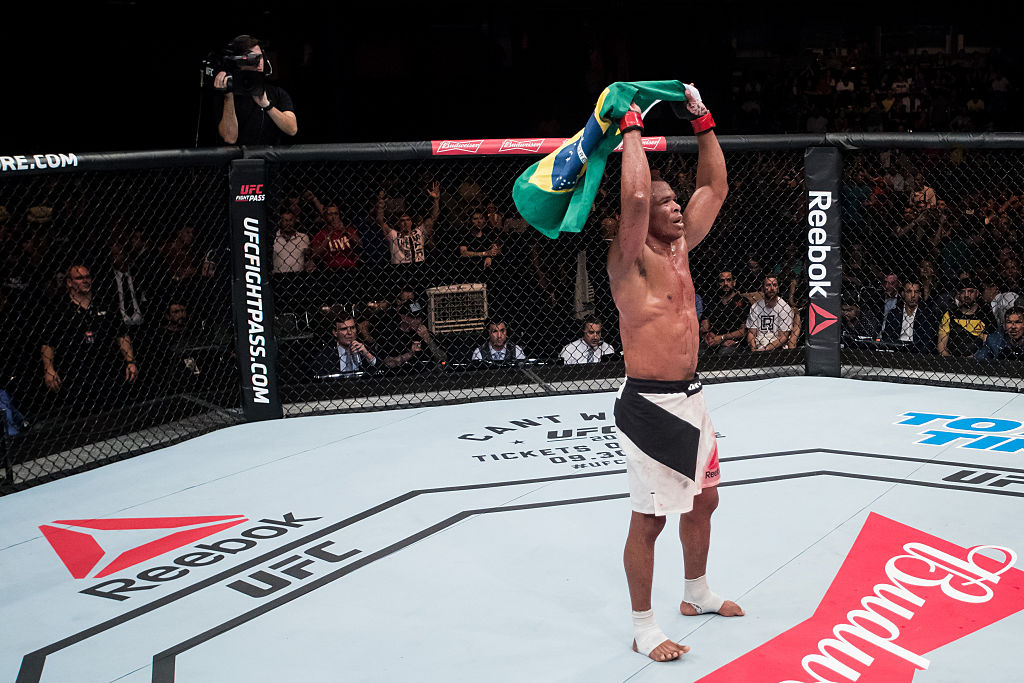 The first round was full of crisp standup action as well as grueling clinch work against the fence, keeping the fans engaged throughout. And while Felder may have been the busier and more effective striker, Trinaldo got a huge pop from the crowd with every punch and kick, which could have influenced the judges’ cards.

Trinaldo broke up the standup battle with a takedown early in round two, and the Brazilian quickly opened up a cut over Felder’s right eye. Felder did battle back to his feet, but the damage had been done for the round on the Philadelphian’s face and the scorecards.

In the third, Felder marched forward, but as soon as contact was made with the cut over his eye, the blood began flowing again and the cut widened, prompting a wise stoppage from the Octagonside physician at 2:25 of round three.

Middleweight prospect Eric Spicely got his first UFC win in a big way, submitting the No. 15-ranked Thiago Santos in the first round.

Spicely got the bout to the mat in the first few moments of the fight and he worked well as he sought a shoulder lock. Santos escaped, only to be grounded once more, this time with Spicely landing in the top position. Again, Santos got free, but in the scramble, Spicely took his back and sunk in a rear naked choke, Santos tapping out at the 2:58 mark of the first round.

Always exciting featherweight Godofredo Pepey hurt Mike De La Torre in the opening moments of their bout and he didn’t let his foe off the hook, winning by submission in the first round.

A spinning back kick from Pepey opened the fight and staggered De La Torre. Pepey shot in for the finish but the Arizonan was able to lock up and clear his head, but only momentarily as Pepey went on the attack, with De La Torre still rubbery legged. The bout soon strayed to the mat and Pepey took De La Torre’s back, eventually sinking in the rear naked choke that produced a tap out at 3:03 of the opening stanza.