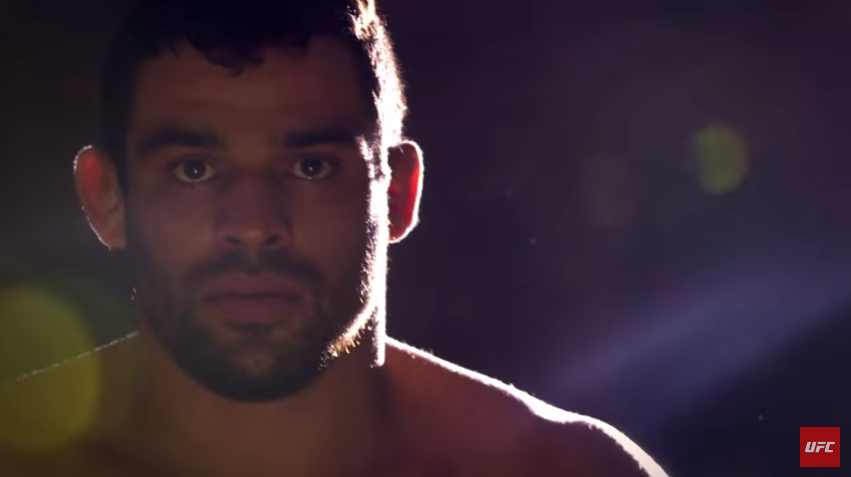 It’s been said that when fighters prepare for a bout, they’re getting ready to fight twice. The first match is against the scale, the second against their opponent. And if you asked these fighters which battle they prefer, most would say the one against a person trying to punch them in the face.

Renan Barao would agree with this sentiment, especially over the last few years of his career, when his toughest fights were the ones to make 135 pounds. They were draining, brutal battles, but as the bantamweight champion of the world, he wasn’t about to leave his division.

“For me, it was really difficult to drop the weight,” he said. “And I was not having a one hundred percent recovery and it was disturbing me a lot in my fights.”

For a while, you couldn’t notice. After winning the interim UFC belt in 2012, a title that was eventually elevated to the undisputed crown, Barao finished Michael McDonald, Eddie Wineland and Urijah Faber in succession, running his winning streak to 22. He was expected to issue a similar fate to TJ Dillashaw in May of 2014, but that didn’t happen.
RELATED CONTENT: Fight Night Vegas on FS1 Sunday | Barao matchup with Stephens | Barao featured on Submission of the Week

Dillashaw’s upset win shocked the MMA world, and many saw it as a fluke. What followed was a bizarre chain of events that saw Barao removed from their UFC 177 rematch due to weight-cutting issues, a rescheduled date in April of 2015 postponed due to a Dillashaw injury, and finally a second loss by Barao to his rival last July. In between, Barao did manage a win over Mitch Gagnon, but he was not the same fighter at 135 pounds that he once was.

“It was so difficult (to make weight) that I was not doing great fights as I usually did,” he said.

But the subsequent decision was an easy one to make, and this Sunday, Barao fights in the UFC featherweight division for the first time against Jeremy Stephens. He will be fighting against opponents bigger and stronger, as well as those hungry to put the name of a former world champion on their resume. He doesn’t care though. Why? He feels good again.

“The camp is great now,” Barao said. “I am not worried about weight anymore; only to fight. This will help me a lot. I feel I am much stronger, I have much more muscular explosion and more resistance.”

Better yet, he’s at peace before war, and there will be plenty of wars waiting for him at 145 pounds, not the least of which is this weekend’s meeting with the heavy-handed Stephens. But Barao isn’t concerned with what the “Lil’ Heathen” brings to the Octagon because he’s already won his biggest fight.

“I'm not thinking about the difficulties he can bring me,” Barao said of Stephens. “I trained a little of everything and I want to get in the fight and give my best. My thinking is that I will have great challenges and great fights (at featherweight).”

And maybe even another world championship, though he’s not looking that far ahead, especially with his Nova Uniao teammate Jose Aldo about to fight Frankie Edgar for the interim 145-pound crown at UFC 200 on July 9. That’s a friendship bridge he’s not about to cross, and in reality, there’s business to be tended to first.

That means Sunday night, Las Vegas, Jeremy Stephens, and a welcome return from a Brazilian superstar who has been waiting to hear his name called once more.

“It (his 10-month layoff) was quiet and calm, but I never stopped training,” the 29-year-old said. “I was always training and I wanted to come back before, but it all happens in the time it has to happen. Now, my fans can expect a great show and I will be there on the 29th giving my best.”