Bader Teams Up with Wounded Warrior Project before Saturday Bout

"The men and women in the United
States Military allow me to live my dream and this is my opportunity to
thank them for all they do." - Ryan Bader 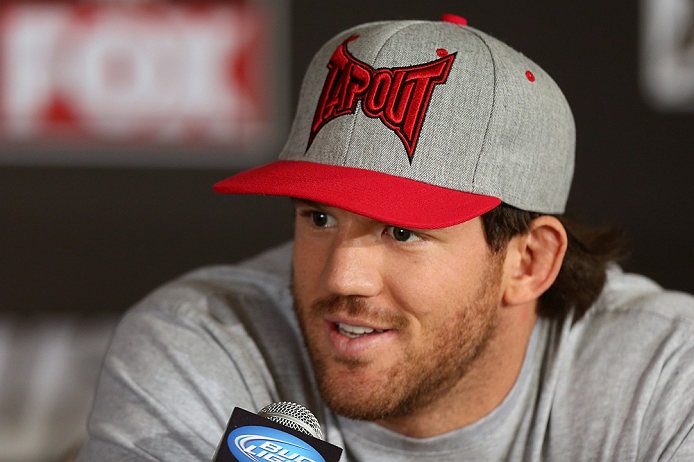 CHICAGO - UFC light heavyweight Ryan Bader has risen to become one of MMA’s most promising young talents based on his knack for giving everything he has inside the cage. Since winning the eighth season of The Ultimate Fighter, the former Arizona State wrestling standout has climbed the competitive ranks of the 205-pound weight class to become one of the elite fighters in the UFC’s premier division. There have been setbacks along the way, but the 30-year-old has shown tremendous resolve in the face of adversity, as he continues to push towards becoming a UFC champion.

No comeback is ever easy and Bader will begin the process once again when he faces off with Vladimir Matyushenko this weekend at UFC on FOX 6 in Chicago. While his focus is locked on getting back into the win column on Saturday night, the inspiration Bader has received from the men and women of the United States Military led the former All-American down a brand new path.

Earlier this week, Bader made a $5,000 donation to the Wounded Warrior Project. The organization focuses on providing programs and services to the men and women who are severely injured in battle. In addition to the monetary commitment, Bader also purchased four tickets to this weekend’s event in Chicago. He plans to provide an “all-access UFC experience” to the participating veterans and is happy he has the chance to give back to those who have sacrificed so much.

“I’m in a position where I want to give back and Wounded Warriors is an unbelievable organization,” Bader said. “The men and women in the United States Military allow me to live my dream and this is my opportunity to thank them for all they do. I really wanted to find a way to make this a unique experience for them and wanted them to be involved in a hands-on basis. That is why I thought the donation and tickets would be a great place to start, but in reality, it is just the tip of the iceberg. I really want this to be an ongoing process that carries on throughout the year. I think it is a great organization and I’m excited to be involved with them.”

The Wounded Warrior Project was established in Roanoke, Virginia in 2003 by a group of veterans and friends who were committed to help the wounded men and women of this generation’s military. The organization operates with the purpose of raising awareness and enlisting the public’s aid for the needs of injured service members. What began as a small collective of individuals focused on providing items to wounded service members has grown into a complete rehabilitative effort which assists wounded soldiers as they recover and transition back to civilian life. To date, tens of thousands have received support through WWP programs and the organization has expanded into a national network.

In regard to Bader’s commitment and the Chicago chapter of WWP’s involvement in coordinating the event, WWP National Alumni Director Ryan Kules had this to say:

“The opportunity to attend a UFC fight like the one in Chicago allows wounded warriors an opportunity to bond and rebuild the camaraderie that they miss from being in the military. The support that we have received from Ryan has allowed us to extend these opportunities to additional warriors.”