Bader Puts Everything on the Line 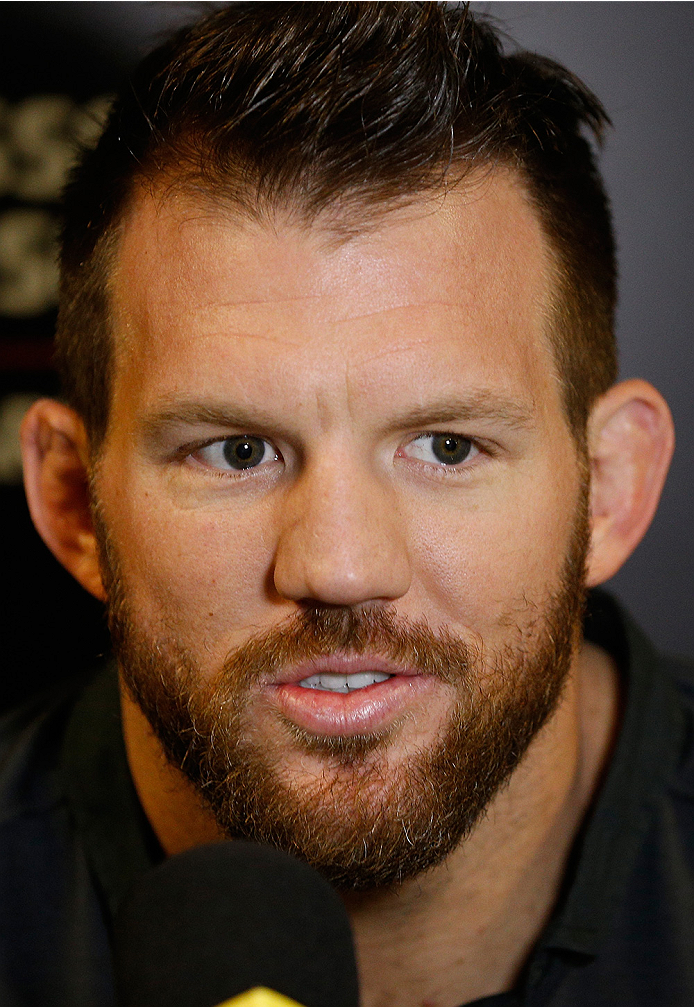 Ryan Bader feels like a different type of monster in his current form.

In a rapidly moving environment like the UFC, overall progression can be a difficult thing to measure. The most readily available option is the wins and losses that combine to build a fighter’s record, but putting the spotlight on those statistics is a short-sided approach. For a fighter like The Ultimate Fighter season 8 winner and current light heavyweight contender, it’s the spaces in between each of his 16 fights over the past seven years that have made all the difference.

“It’s all about progression with me,” Bader said. “When I first got into the UFC with my buddies and we were 25, it was fun at the time and none of us really knew where we’d all go with it. Now it’s a career. I have a family to provide for and I have that competitive fire burning inside me where I need to go out there and prove to myself and everyone who doubts me that I can be the best.”

During his time inside the Octagon, the Power MMA leader has experienced the fight game from all sides as he’s continued to climb toward his ultimate goal. Bader went from a highly touted prospect to the verge of bigger things, only to be turned back by future pound-for-pound phenom Jon Jones in a bout that showed the former Arizona State University standout wasn’t quite ready for primetime. And while such a lesson is undoubtedly difficult to embrace, Bader’s competitive drive allowed him to chalk the loss up to a necessary step in his education.

The ensuing years would bring more high-profile victories and defeats alike, but there was never a situation in either case where Bader didn’t feel as if it was all leading up to something bigger. Following a setback against Glover Teixeira in a firefight down in Rio de Janeiro, Brazil, the heavy-handed powerhouse had a gut-check moment where he was forced to ask himself whether a life as a solid competitor outside of the divisional elite would be something he was willing to sit with.

“My drive is completely different at this stage in my career,” Bader said. “In the early stages you look at the future and think it doesn’t really matter what happens because there is so much time to still accomplish your goals. You can win every fight in front of you and the things you want will eventually materialize, but I still knew I wasn’t where I needed to be skill wise.

“With this current winning streak it’s all taken a different shape because I do have that experience now that I can rely on. This upcoming fight with Rashad will be my 17th in the UFC and it takes time to get the right people around you and figure out the things you are doing right and what you are doing wrong. It’s a cumulative process and it has all built up to allow me to feel the best I’ve ever felt as a mixed martial artist.”

Bader’s answer to that question has been obvious in his four most recent outings, as his drive to rise to the top of the light heavyweight fold is burning hotter than ever before. After defeating Phil Davis at UFC on FOX: Gustafsson vs. Johnson back in January, the 32-year-old Nevada-born fighter began campaigning for a shot at the 205-pound strap, and those efforts would certainly heat up once Daniel Cormier got his hands on the division’s title in May.

A string of heated back-and-forth exchanges between the former Olympian turned UFC champion and Bader showed that the surging contender was no longer complacent to sit back and wait. With four strong wins at his back, Bader wanted the opportunity to contest for the ultimate prize, and the steps taken in his overall journey gave him the confidence to believe his time had come.

And while the champion would eventually be slotted to face former title challenger Alexander Gustafsson at UFC 192, Bader refused to be detoured. He landed the next best thing in his opinion, as he was slated to welcome former light heavyweight champion Rashad Evans back to the Octagon after a lengthy absence due to injury.

“I have definitely looked at this fight from two different ways,” Bader said. “On one hand I feel like we are at two totally different points of our careers. He’s kind of been there and done that in regard to a championship and he’s had a couple title shots in between. I haven’t had any of that, and I’m right there and ready to make it happen. I’m hungry to earn that shot, where I feel he’s coming back to test the waters to see if he still has what it takes.

“On the flip side, I look at this fight as the best Rashad Evans that’s ever stepped into the cage is going to be waiting for me in Houston. That’s who I’ve trained for and that’s who I expect to see. I’m not expecting a slower Rashad or a Rashad that doesn’t have the fire to compete anymore. I’m expecting the same Rashad that went out there and won that belt. That’s the fighter I’ve prepared for and I’m ready.”

To further bolster the situation, the matchup between Bader and Evans will serve as a lead-in fight to the 205-pound title showcase this weekend in Houston, and Bader believes it’s the ideal scenario for the biggest statement of his career to be made.

“It sucked when I didn’t get the Cormier fight, but getting Rashad was just as good in my eyes,” Bader said. “He’s who I would have wanted to fight if I didn’t get the title shot, and that’s what came my way. I’m on the same card as Cormier and Gustafsson, and putting a name like Rashad Evans on my resume on and building a five-fight winning streak will make it tough to deny. It will go a long way with the UFC and the fans to prove I am legit and I do deserve that shot.

“In a perfect world, I go out there and get the win and Cormier defends his title and we get to settle it, but at the same time, I haven’t been thinking about Cormier at all since the fight with Rashad became official. Every bit of my focus has gone toward preparing for Rashad, and I believe that’s going to show on fight night. Everything else is out of my mind until I get my hand raised on October 3.”

While Bader’s confidence is locked at an all-time high and he’s feeling more prepared than he’s ever been in his career, he’s also very much in tune with the situation he’s facing. Competing at the highest level of the sport packs each and every fight with extreme amounts of risk and reward, and even though he’s tasted those circumstances in past outings, everything is different this time around in Bader’s mind.

He absolutely believes his time to shine has come, and there is nothing that is going to stop him from reaching the top of the mountain.

“I’ve kind of been in this place before where I was close to getting a title shot but fell short, but I wasn’t the fighter then that I am now,” Bader said. “I know what I need to do to accomplish my goals, but more importantly I know I’m ready to take that next step.

“I still don’t feel like I’ve ever left the Octagon and thought I left the best as I had to give as a fighter in there. I’m still waiting to have that fight, and I believe it’s all coming to a head here. I’m growing with every single fight, and if people are scouting me from past videos, you’re out of luck because I’m nowhere near the same fighter I was the last time I was out there. I’ve grown a ton since my last fight in January, and all of that progression will be on display in this next fight.”