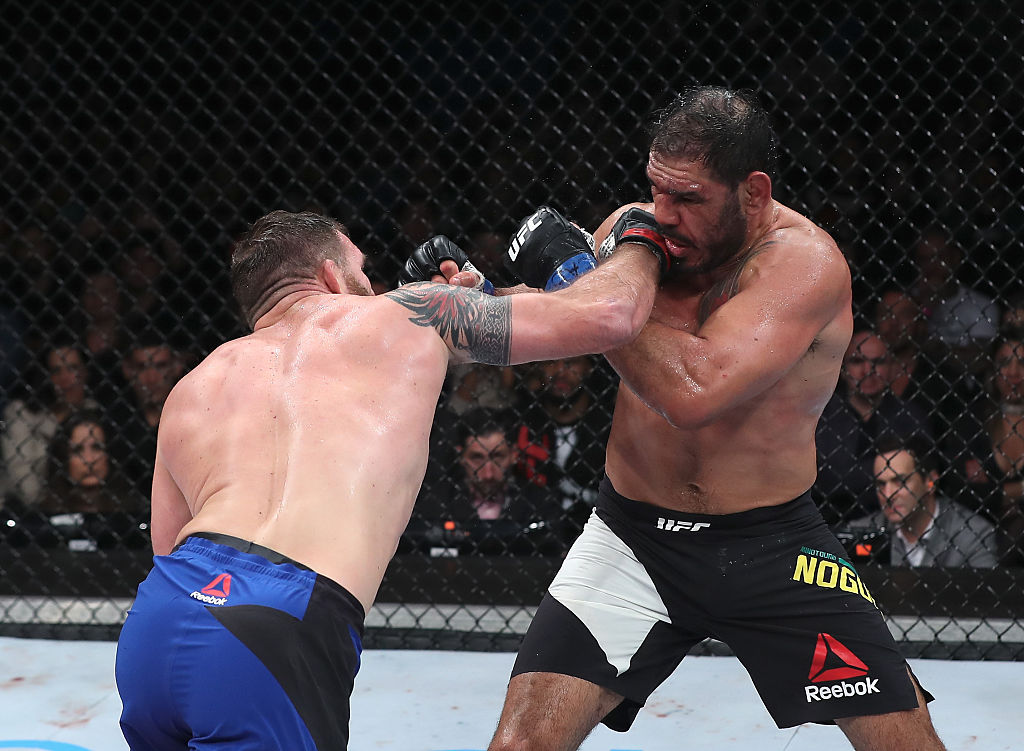 Six years after their first bout, light heavyweight contender Rogerio Nogueira wasn’t able to even the score with Ryan Bader at Ginásio do Ibirapuera in Sao Paulo, Brazil, with Bader repeating his 2010 victory, this time by way of a one-sided third round stoppage.

“I started kind of slow,” said Bader, who decisioned Rio de Janeiro’s Nogueira at UFC 119. “It took me a couple rounds to get going, but I ended up turning it on a little bit in the third round. I started with the ground-and-pound and I just needed to posture up and landing some big blows. I started doing that and ended the fight.”

The No. 9-ranked Nogueira looked good early on, landing a few times with hard lefts, the last of which prompting Bader to seek – and get – a takedown in the second minute. While on the mat, Bader didn’t give Nogueira any breathing room, and his right hand began beating a tattoo on the face of the Brazilian star. Nogueira tried to get loose, but Bader wasn’t letting him, and the ground strikes kept coming until the round ended.

Energized, the No. 4-ranked Bader took Nogueira right back to the mat to begin round two, and while “Little Nog” made it to his feet, another takedown followed immediately. This time, Bader nearly sunk in a rear naked choke, but Nogueira refused to give in. Bader wasn’t deterred by his opponent’s grit though, and he kept the ground strikes coming to wrap up another dominant round.

The third was more of the same from Bader, with an early takedown followed by a ferocious ground-and-pound attack, and this time, referee Mario Yamasaki decided that enough was enough, as he stepped in and stopped the fight at the 3:51 mark after another barrage of unanswered blows.