Hiatus Gave The Bantamweight Time To Fall In Love With The Sport Again
By Thomas Gerbasi, on Twitter: @TGerbasi • Jan. 21, 2022

Cody Stamann is in love. Again.

For a while, the longtime bantamweight standout didn’t feel the same way about his chosen profession as he once did. But as they say, absence makes the heart grow fonder, and after some soul searching, “The Spartan” returned to the fold and can’t wait until he gets a chance to punch Said Nurmagomedov in the face at UFC 270 in Anaheim on Saturday night.

“This is probably the most amped-up I've been in a while,” said Stamann. “Everything happened so fast when I got in the UFC. I was excited to be in the UFC and then I was an underdog, an underdog again, the next thing you know, six months after being in the UFC I'm in the Top Ten.”

A 14-1 run on the regional scene landed the Michigan native in the Octagon, and after a trio of wins over Terrion Ware, Tom Duquesnoy and Bryan Caraway, he was on the fast track to the top at 135 pounds. That was when the road took some twists and turns. 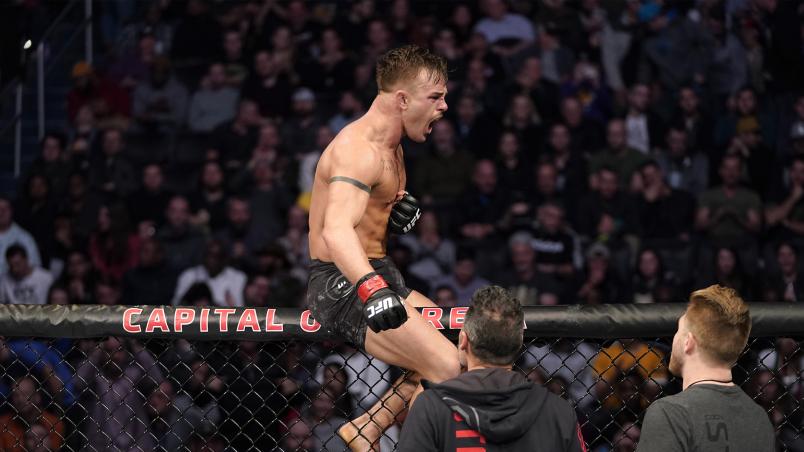 Cody Stamann reacts after the conclusion of his bantamweight bout against Song Yadong of China during the UFC Fight Night event at Capital One Arena on December 07, 2019 in Washington, DC. (Photo by Jeff Bottari/Zuffa LLC)

Stamann kept fighting killers like Aljamain Sterling, Song Yadong, Brian Kelleher, Jimmie Rivera and Merab Dvalishvili, but more often than not, he wasn’t getting the results he wanted. And after the loss to Dvalishvili last May, he needed to re-evaluate everything.

RELATED: Said Nurmagomedov Is Hungrier Than Ever

“I think in a lot of ways I fell out of love with the sport,” he said. “It's just the pressure and things that come with being in the UFC and it took the fun out of it for me and I needed a few months to fall in love with the sport again. It's hard, and if you don't love it, it just wears on you.

The climb back begins officially against Nurmagomedov this weekend, but it really started in a year that most would describe as a disappointing one for the 32-year-old. Stamann wouldn’t agree.

“It was a weird year,” he admits. “I really thought I would be fighting more. Having a fight canceled the day of the fight, and then losing a fight, that doesn't make for a great professional resume, but I can't look back at the year and be like, man, 2021 was a bad year for me because it really wasn't. It was a really good year. I bought a couple houses, I did a lot outside of fighting that maybe I wouldn't have done if I had been in a fight camp for the entire year. So 2021 was actually a great year in my life, but that's not what people see.” 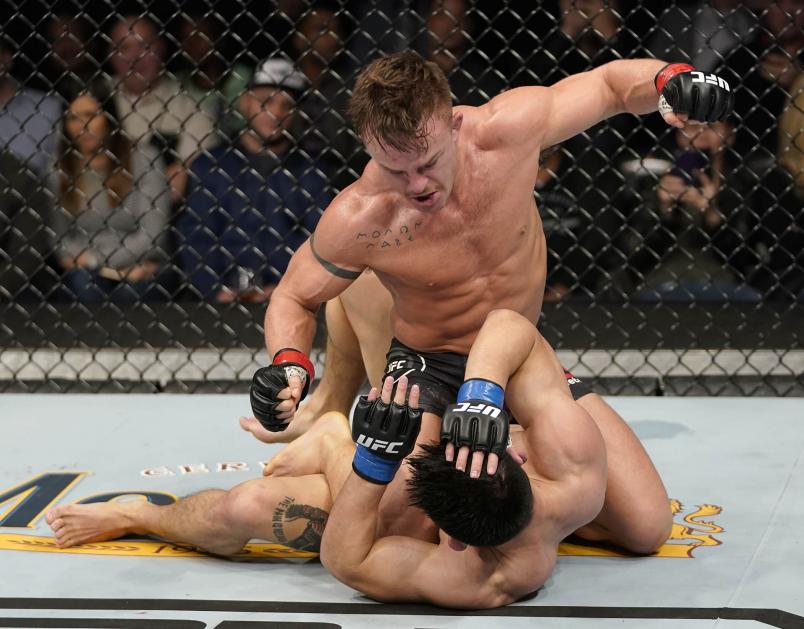 What they see is what happens on fight night. But that’s only 15 or 25 minutes (or less) of a fighter’s life. The rest of the time is where they live, and in Stamann’s case, he was preparing for what happens after the final horn sounds on his pro career.

“I don't think people necessarily see the end or think about when it's all over,” he said. “Somebody said to me once, ‘When fighting's done, you're just gonna be all banged up and you're gonna have to live the hard life and your body's gonna be 60 years old and you're not gonna have s**t.’ I looked at him and I was like, ‘Who are you talking to?’ Then I thought about it and I was like, you know what, if I don't actually plan for life, he might be right. Of course, I've made money and I've made a lot of connections in the fight industry, but if I don't start investing some of my money into things that can benefit me later in life, then I'm gonna make this guy right, and that's a really scary thought. Am I gonna have some money in the bank and a jumpstart to the next part of my life? I've been around a lot of other fighters that have been super smart with their money and they're kinda set up for life. And regardless of how it all turns out, I want to be that guy. I want to be propelled either into my next career or just have some assets that I can fall back on.”

When life is figured out, or at least stable, the fight life can be focused on again, and with some time to reflect, Stamann got back to the business of taking out the elite of the bantamweight division.

“I think the reason I've been successful in this sport is because I'm so competitive that I dwell maybe more than I should on the mistakes I've made,” he said. “I can remember football games when I was 10 years old. (Laughs) I hate to lose. And everyone's like, ‘You should be a thousand percent positive.’ Yeah, but you gotta learn from the mistakes you make along the way, and if you don't, you're just gonna continue to repeat all those mistakes. I went almost eight years without losing and now it's two back-to-back and I never imagined I'd be in a situation like I am now. The second I lose, I want to get it back immediately. It didn't happen, and now I've had a lot of time to develop and continue to work on things I felt like I needed to work on. And in hindsight, it's probably good that I had the time to put those losses behind me and focus on what's next and what I have to do to stay here and show people that I am capable of being one of the best guys in the world, if not the best guy in the world.”

“Time away changes perspective,” he said. “This is not necessarily a career, as it is an opportunity to just do something a little different and do something that most people are never gonna get the chance to do. I remembered all the reasons I started in the first place. And you have to want to be here and want to be the best”