Back Home, Hunt Wants to Impress

“There aren’t any more chances after this fight...I'm pretty confident about winning, but I'm gonna have to go in there and do my best.” 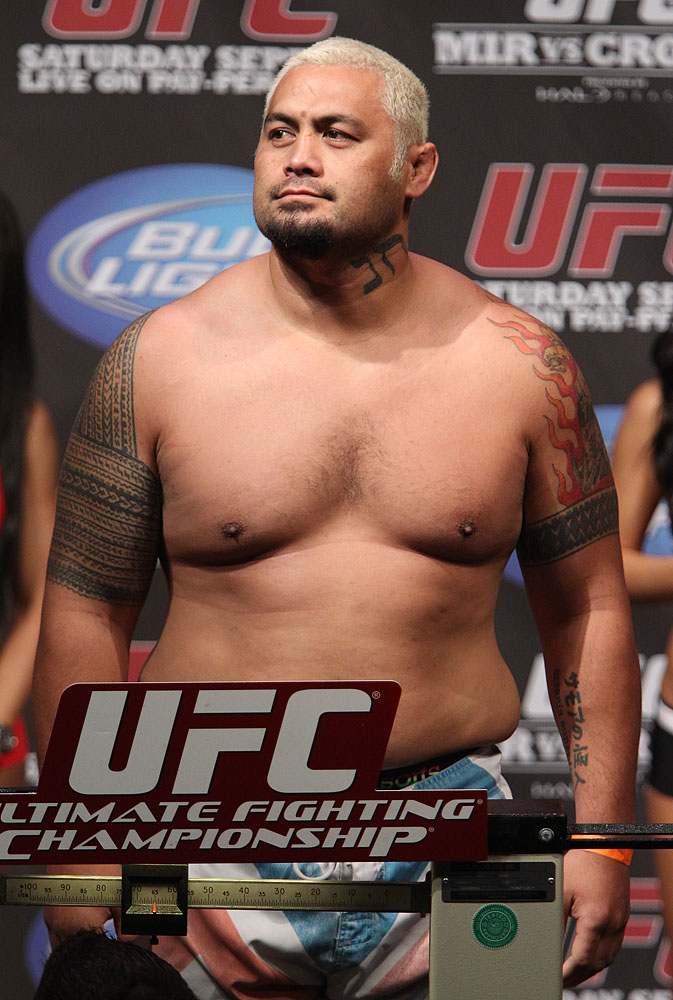 That's understandable when you consider the work he put in to get down to 265 pounds (after having the luxury of hovering near 300 pounds while fighting in Japan), his excitement for another shot at the big time, and his completion of a hard training camp with American Top Team away from his home in Australia.

So when he succumbed to his sixth submission loss - a straight armbar from McCorkle's guard at 1:03 seconds into the first round at UFC 119, it was the submission that broke the camel's back.

To add to his frustration is the knowledge that regardless of whether the outcome of the fight would have been different, he wasn't fighting at his best.  While Hunt doesn't want to excuse away the loss, and no pre-fight circumstance is ever perfect, his stay in MMA limbo (no MMA fights in 2007, two in 2008 and one in 2009) was far from ideal. That's plenty of time outside of the cage or ring, plenty of time without the rigors of a training camp, plenty of time for skills to corrode.

“I know I’m a lot better than that, way better than that; it could have been how long I haven't fought in the ring or the cage,” said Hunt, 36.  “If you don't fight as often you're not as sharp. I mean, no excuse, I lost, but it happens if you don't fight a lot. I wasn't nervous from the atmosphere - to me it's just another crowd - but if you haven't fought for a while, that's what happens; you're not as clued up to everything that goes on.”

Given the success Hunt has experienced in fighting, one can understand both his disappointment and his belief that he can do better than his recent performances.  Hunt is a former K-1 Grand Prix champion, where he became known for one of the best chins in elite kickboxing, his punching power and an agility belied by his appearance.

When he switched to MMA in 2004, he was baptized by fire in the form of matches against legends Wanderlei Silva and Mirko Cro Cop in his third and fourth MMA outings.  He won both fights by decision, and seemed to take to MMA naturally, handling the ground game well (though his style was a little impromptu - inventing the now famed “atomic butt drop” by sitting down on Wanderlei Silva from mid-air.)

Hunt’s record since then has been 2-6.  Those six losses have been at the hands of top competition, and all but one has been by submission.  His striking has remained crisp, quick and powerful -- review his brief stint on the feet at UFC 119 to confirm that. And while he’s on his feet, he’ll be among the most dangerous fighters in the division. His spate of submission losses is a little perplexing:  he’s a big man who is capable of moving very quickly, and on paper he has all the tools to be at least a solid defensive grappler.  There have been flashes of talent too: giving Fedor Emelianenko fits on the ground for eight minutes being the primary example. But he seems to struggle to put it all together, and keep it all together, on the mat. It’s is a little perplexing as well for Hunt, who believes he has to play to his strengths more.

"The Sean McCorkle fight - I sat around playing on the ground, I didn't even bother trying to get up," said Hunt. "I don't know why, I always seem to relax when I go to the ground and play around with jiu-jitsu"

At UFC 127 in Sydney, Australia, Hunt fights Chris Tuchscherer, and he has the opportunity for redemption: to fight like the Hunt he believes he can be, to show what he can do against a grappler. Tuchscherer, 35, is a Division II All-American wrestler with six submission wins to his name; for Hunt, barring a decision by Tuchscherer to play to his opponent’s world-class strength, his pre-fight formula makes sense.

“I already know what these guys are gonna do or try and do anyway, they’d rather put me down and try the ground game; they don’t want to stand and muck around with me,” he said. “I've been trying to get a lot of training with wrestlers, and I've been getting in some guys from Perth to come and help me with some wrestling and takedown defense"

The New-Zealand born and Australia-based Hunt is under no illusions as to what may be at stake in this fight.  While there are plenty who would continue to tune into a Hunt fight because of his potential and his exciting style - win, lose or draw - if he wants to stay in the UFC, he needs to win and he knows it. He's worked hard, he's shaken off the dust. Now he’s looking to seize the chance to revive his UFC run.

“For sure if I don't win this fight I'm gonna have to probably look for a different organization or do something else, but that's the bottom line for me,” said Hunt. “There aren’t any more chances after this fight. Hopefully, I haven’t been out of the ring for too long - only 3 or 4 months – and I'm pretty confident about winning, but I'm gonna have to go in there and do my best.”