After a one-fight experiment in the featherweight division, Diego Sanchez will move back to 155 pounds on Saturday, March 5 when he faces Jim Miller in a UFC FIGHT PASS featured bout on the UFC 197 card at the MGM Grand Garden Arena in Las Vegas. 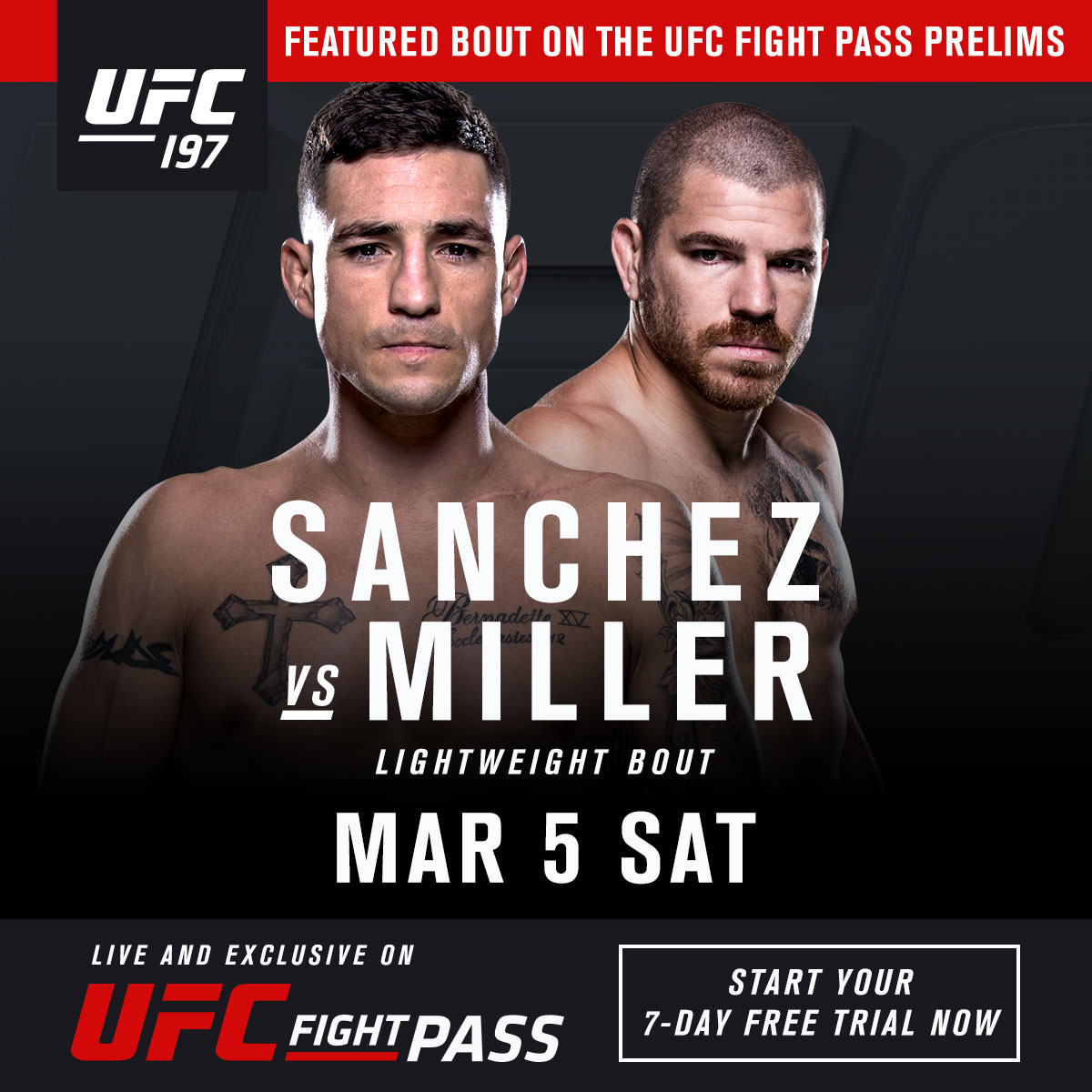 “We’re thrilled to present Jim Miller vs Diego Sanchez as our Featured Bout on the UFC FIGHT PASS early Prelims,” UFC Senior Vice President and FIGHT PASS General Manager Eric Winter said. “FIGHT PASS has made a commitment to its customers to deliver strong featured Prelim fights throughout 2016 and beyond - and a matchup between these two world-class veterans is certainly a great FIGHT PASS exclusive for our customers around the world.”

The winner of season one of The Ultimate Fighter at 185 pounds, Albuquerque’s Sanchez has since become a contender at welterweight and lightweight. And while a trip to the featherweight division last November saw him fall short of victory against Ricardo Lamas, he believes a win over Miller in March will put him right back in the title picture.

One of the toughest outs, pound for pound, in the sport today, New Jersey’s Miller has been battling it out in the Octagon since 2008, delivering 14 wins in the process. Eager to get 2016 off to a winning start, Miller knows that a win over Sanchez will send a message to his peers that he’s ready for a run at the belt.

Perhaps more importantly, on a stacked UFC 197 card, these two may steal the show.

“These guys have 11 Fights of the Night between them,” Winter added. “This should be a great fight.”

Tickets for UFC 197, which is headlined by the lightweight title fight between Rafael dos Anjos and Conor McGregor and the women's bantamweight title bout between Holly Holm and Miesha Tate, go on sale on Jan. 22.