Austin Hubbard Is Thrilled For A Challenge In Pichel

Ups And Downs Have Pushed Austin Hubbard To Grow More Than Ever Ahead Of His Lightweight Showdown With Vinc Pichel At UFC Fight Night: Cannonier vs Gastelum
By E. SPENCER KYTE, ON TWITTER @SPENCERKYTE • Aug. 18, 2021

If you’re looking for someone with the potential to be a breakout fighter in the lightweight division over the next year, Austin Hubbard would make for a solid choice.

Six fights into his UFC career and poised to square off with Vinc Pichel this weekend in a clash that has “Fight of the Night” written all over it, the 29-year-old Elevation Fight Team member enters off the best performance of his career — a one-sided unanimous decision win over Dakota Bush in April — and has spent a considerable amount of time over the last year working to lock in the one piece of the puzzle that had previously been a little loose.

“I’ve always been a hard worker and I feel like I’ve always had the ability and skill to compete with anyone in the world,” began Hubbard, who attributes his work ethic to his parents and his upbringing in Northwestern Illinois. “But I had never really focused on the mental side of things, and once you get to the UFC, I put all sorts of pressure on myself; I had all these mental things that needed ironing out.”

Like a lot of competitors that reach the UFC in their early to mid-20s, the journey to the Octagon didn’t contain too many setbacks or stumbles for the talented lightweight affectionately known as “Thud,” a nickname bestowed on him during his amateur days for the sound his strikes made when they landed.

Hubbard went 10-2 on the regional circuit, bouncing around to a handful of different promotions, collecting championship belts wherever he landed, wrapping up his pre-UFC run by claiming the LFA lightweight title with a fifth-round finish of Killys Mota in December 2018.

He debuted in the Octagon six months later, where Davi Ramos halted his three-fight winning streak. 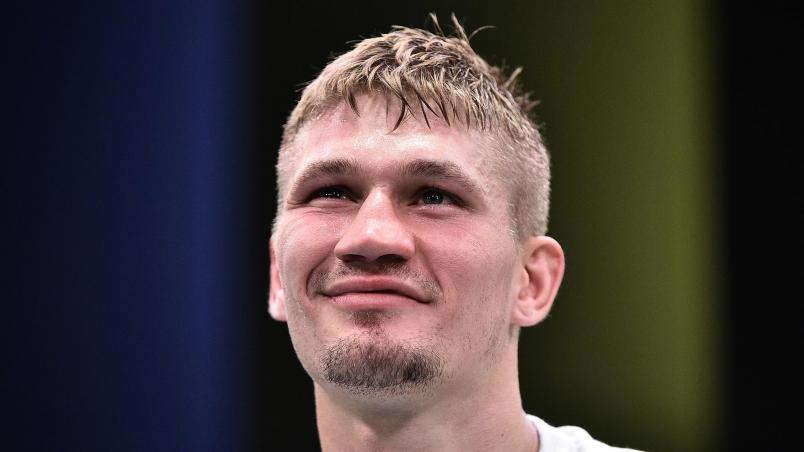 “It was never something that I really had to focus on, but once you get to the UFC, it’s world-class. You’re facing someone world-class every single fight and it takes a lot more focus and a lot more mental preparation.

“I’ve been working with a mental coach for a little over a year now — his name is Salt Garrison — and he’s been very helpful for me,” continued Hubbard, who has alternated losses and wins through his first six UFC appearances. “I don’t put the same type of pressure on myself. I feel like I have a totally different outlook on things in life and in training, and I know how to tune in and focus on the things I need to focus on going into these fights.”

Preview Every Fight On UFC Fight Night: Cannonier vs Gastelum

It’s not just that he’s invested in honing his mental game now that he’s settling into life on the UFC roster that makes Hubbard a potential dark horse in the talent-rich 155-pound weight class, though; it’s also the steps he took long before reaching this level that underscore why him stringing together a handful of wins and making a push towards the Top 15 feels like a real possibility.

After getting his start in the sport close to home in Rock Falls, Illinois, Hubbard started making frequent trips west on Interstate 88 to Bettendorf, Iowa, logging time with the Miletich Fighting Systems crew, supplementing those efforts with an occasional road trip to Milwaukee to get in work at the Roufusport Academy.

RELATED: State Of The Lightweight Division

Lots of fighters eventually realize they need to stop being the big fish in a little pond if they want to level up and be as prepared as possible for the challenges of competing on the biggest stages in the sport, but Hubbard sorted those things out early, seeking out more experienced coaches and training partners at an age when many of his contemporaries would be reveling in their days as the big fish.

He eventually shuttled out to Colorado for a one-week audition with the crew at Elevation, and when he returned home, the regional talent wanted to make sure he could make ends meet if he were to relocate to the Rockies. 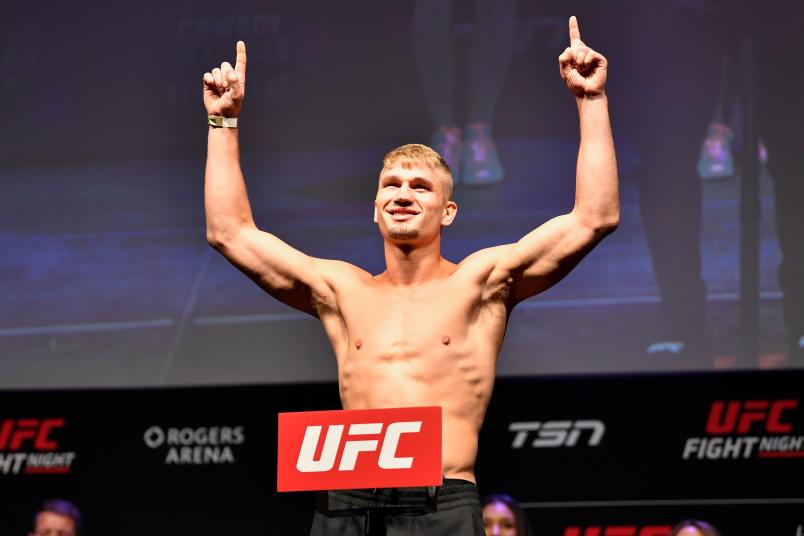 “I was working at a WalMart distribution center at the time, and I put in for a transfer to the one in Loveland,” recalled Hubbard. “I didn’t think I was going to get the transfer, but they called me the next day and said, ‘You got the transfer; when can you move?’”

Two weeks later, Hubbard was in Colorado, training alongside a host of standouts as a member of the Elevation Fight Team.

“When I moved out here, I was 4-0 as a professional; now I’m 13-5, coming up on two-and-a-half years in the UFC,” he said. “With each fight, I feel like I grow a ton. I get better with the experience of that fight, and I finally feel like I’m settling into the UFC.

Pre-Order UFC 266 For Any Device

“I feel like this fight in particular is going to be a coming out party for me,” he said of his impending clash with Pichel. “I’m comfortable where I’m at now and coming into my own, so I’m looking forward to it; it’s going to be a fun one.”

A cast member on Season 15 of The Ultimate Fighter, Pichel is another potential dark horse to back in the lightweight division, a grimy (in a good way) 38-year-old riding a two-fight winning streak and having won six of his last seven, with his lone setback coming against Top 15 staple Gregor Gillespie.

Hubbard sees a lot of similarities between himself and Pichel, which is part of what excites him about the matchup.

“He’s very tough, he’s well-rounded, and he seems to get better the longer the fight goes,” he said of Pichel, who logged a unanimous decision win over Jim Miller in his last appearance at UFC 252 last summer. “He’s gritty, and I feel like he brings all the things I bring to my fights as well.

Six fights into his UFC journey, Hubbard has both never lost two straight, nor won two straight, making it difficult for some to get a real bead on where the 29-year-old fits in the loaded lightweight ranks.

But while the results haven’t been there, the effort always has, and sometimes, that’s what is more important, which is exactly how Hubbard sees it.

“Those were tough fights, no doubt, but I feel like if I go back where I’m at now, I could win every one of those fights, so it’s just part of the process,” he said. “I’m my own harshest critic and the first one to look for what I can improve upon.

“I have had hard outings, but they’ve helped me grow. I’m mentally and physically where I’m at because of those fights and I wouldn’t change anything.

“Keep working, keep getting better, and go out there and put on exciting shows,” he added, reminding me of something he said earlier — “If you work at something long enough, you can get pretty good.”

From the days cleaning up job sites for his dad’s construction company and chasing down opportunities at bigger gyms when he was still in the early stages of his career to uprooting his life and moving to Colorado, Hubbard has never been afraid to put in the work, so don’t be surprised if the quiet, talented kid from northwestern Illinois proves to be pretty good in the not-too-distant future.