Austin Hubbard Is Ready For "Just Another Fight"

Heading into his UFC debut, Austin Hubbard celebrated before getting back to business as usual.
By Thomas Gerbasi • May. 15, 2019

This doesn’t happen to football or basketball prospects. If those folks succeed on the college level, the NFL and NBA draft will let know on a certain night that they’re going to the big show.

It’s not like that in the fight game, where there is no linear path to the UFC. It could take five fights for a call to the Octagon, 20 fights, or maybe that call will never come. So with each win, it’s a waiting game, a nerve-wracking one.

Austin Hubbard knew he was close. The Denver lightweight was 10-2, he just beat Killys Mota for the LFA title in December, and he was ready. So his watch began.

“You work so hard for something - in this case to get to the UFC and make your goals and dreams a reality,” Hubbard said. “My last fight was in December when I defeated Killys Mota and won the LFA title, and I had a pretty good idea I would get called soon because most of the time after a fighter wins an LFA belt they’re usually going to the UFC at some point after winning.” 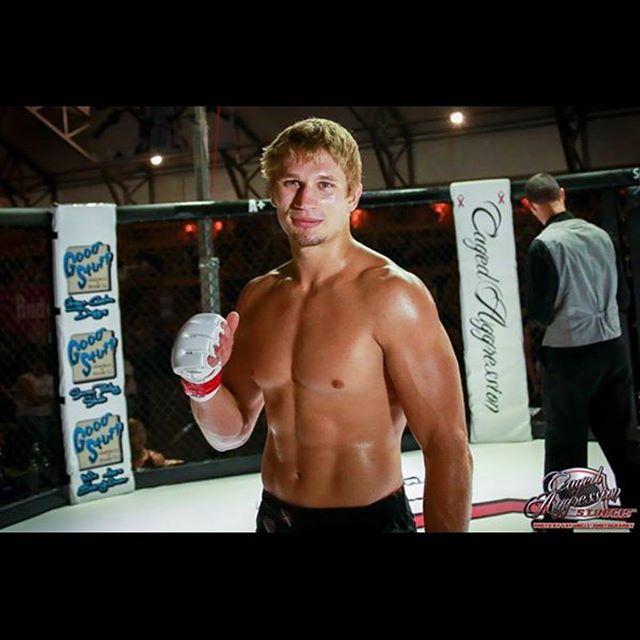 Hubbard knew all about the UFC. As a member of the Elevation Fight Team, he was around it all the time. He had been to the events with his teammates and he trained with them every day back in Colorado. And in April, he joined them on the roster, complete with a May fight in Rochester against Davi Ramos.

“I had a pretty good feeling it was coming, but it still took me by surprise,” said Hubbard.

So how crazy was he going, waiting for that moment?

“I was going real crazy,” he said. “I’ve pretty much been in fight camp for at least two months now. I was honestly expecting a short-notice call, so when I got a call and it was seven weeks out, I was super excited.”

So excited that he decided to put his diet aside for a week.

“I ate a lot of food,” he laughs. “I didn’t restrict my diet at all. A lot of pizza, donuts, all those things you never get while you’re in camp watching your weight.”

Celebration complete, it was back to work for the man dubbed “Thud,” and the work that he gets with the killers in his gym certainly has his him ready for Ramos. He’s been in Denver for three years, and he calls it, “by far, the best decision of my life.” 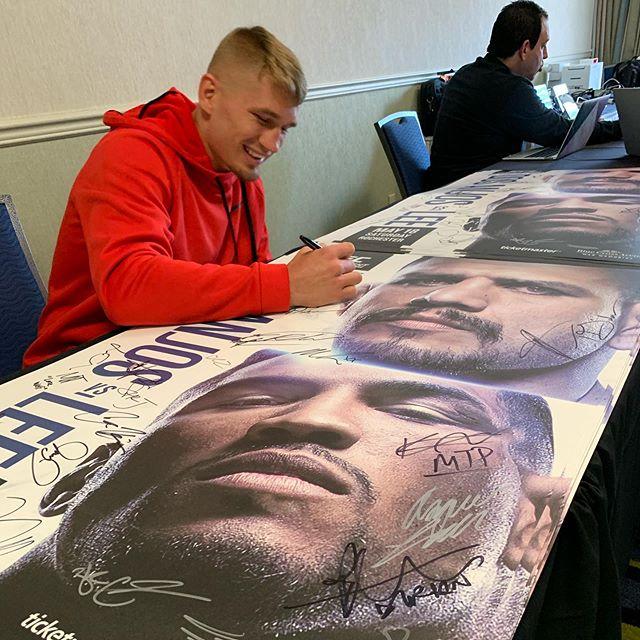 It is the perfect mix for the 27-year-old Illinois native, who has top level training in Colorado and Midwest grit in his DNA.

“The Midwest is known for solid wrestling, the top wrestling in the country, and there’s that edge that you get, just grinding,” he said. “I grew up wrestling and I feel like it set me up well for where I’m at today, for sure.”

And though the physical training can’t be overestimated, the biggest benefit for Hubbard as he awaits his UFC debut may be the advice he gets from his teammates.

“Drew Dober keeps telling me that it’s just like every other fight,” said Hubbard. “Neil Magny, who’s another great mentor of mine, says pretty much the same thing. He tells me that I’ve been working constantly in the gym and it’s not some different thing; it’s still just a fight and I’ve been doing this. Granted, it is a higher level, but they’re trying to not paint too big of a picture for me and helping me to keep everything in perspective. One of my main partners is Justin Gaethje, and he also helps me. They all give me great advice that earned me this spot and prepared me for this moment. I’m definitely ready to go and I feel like I belong.”

He’s even sleeping through the night now.

“I’ve just now recently to sleep fully through the night and not wake up thinking about the fight,” he laughs. “So it’s definitely a bigger thing and it’s on my mind, but I’m trying to take their advice the best I can and keep reminding myself that it is just another fight.”