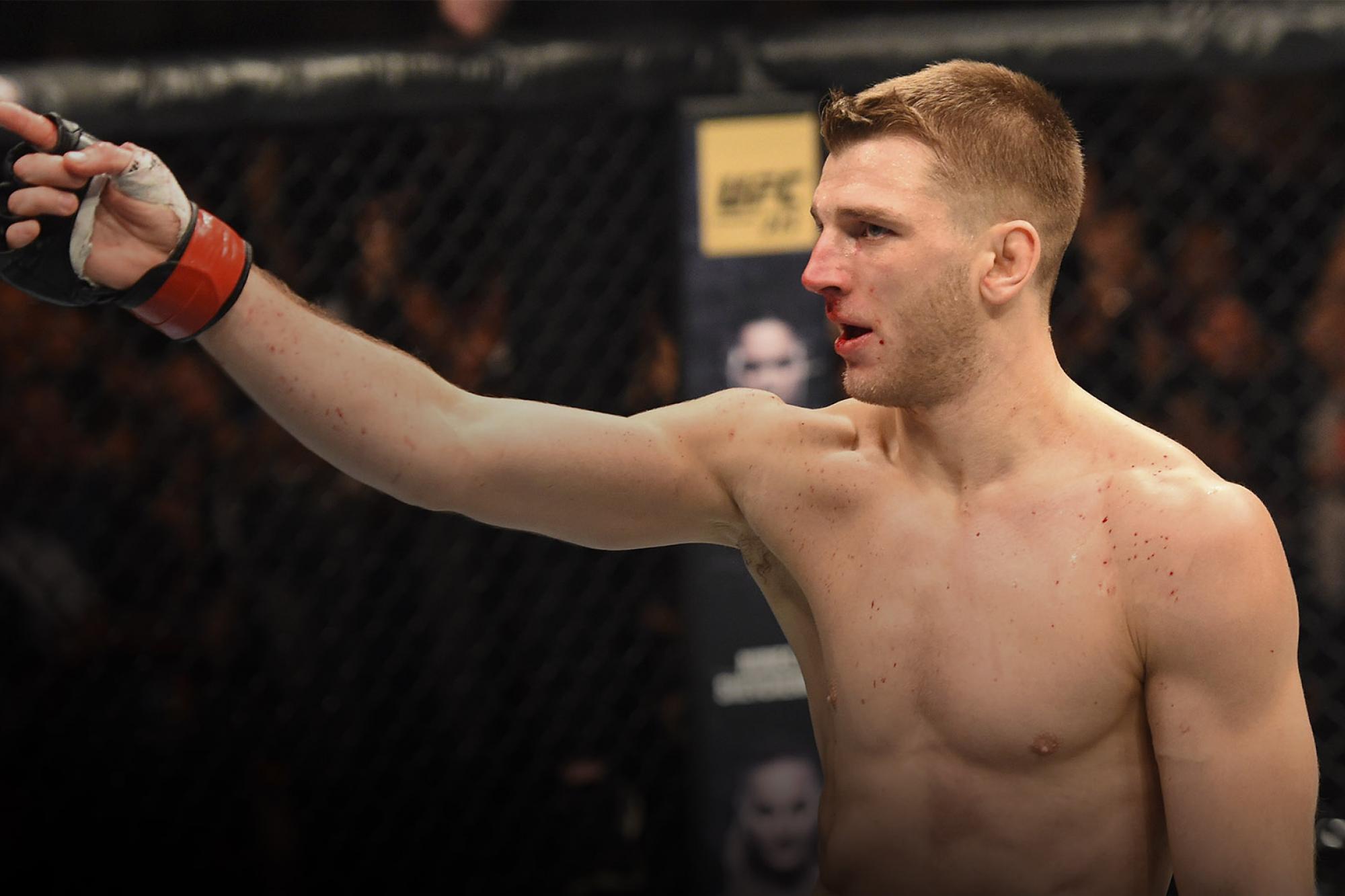 With many more expected to come, let’s take a look at the five best finishes the warriors of the UFC have produced in New Zealand.
By Walker Van Wey • Feb. 21, 2020

The UFC is back for its third trip to Auckland and with Kiwis popping up left and right in the rankings, New Zealand is closer and closer to becoming a UFC mainstay. Plus, with a finish rate of over 57 percent, the fans get exactly what they pay for when the UFC is in town.

With many more expected to come, let’s take a look at the five best finishes the warriors of the UFC have produced in New Zealand.

When “Do Bronx” and Shooto star Hatsu Hioki squared off, it was no mystery how it was going to end. Both submission aces gunned to make the other man tap and with an estimated 100% of the fight being jiu-jitsu driven, it was only a matter of time before one man caught the other. Oliveira found himself in vulnerable position after vulnerable position but was able to make it work for him in the second round when he shook Hioki off his back and locked in an anaconda choke from guard to hand Hioki the first submission loss of his career.

“Look out for Brunson to bring it hard early,” were the first words heard as the fight started. Yet after just over a minute of feeling out and finding his range, the commentators noted a more patient approach from the North Carolina native. That observation was noted seconds too soon, as Brunson threw a left hand that dropped Kelly flat on his face.

A one shot KO is impressive, but what’s also impressive is a fight-altering left hand followed by twelve shots of ground-and-pound. No room for dispute, no room for debate. Flat out domination.

Damien Brown appeared to be punching his way to victory when he took on Vinc Pichel to close out the prelims of UFC Auckland. Everything seemed to land with very little in return, but a combination from Pichel showed the Auckland crowd he was still there. Ten seconds and one uppercut later, Damien Brown wasn’t.

After elbowing Ian Entwistle into defeat in his UFC debut in Auckland three years before, the UFC’s favorite Kiwi was at it again. Dan Hooker came out brawling, but Pearson had seemed to figure out Hooker’s jab and was making him pay for it. “The Hangman” was now eating shots and bleeding from the nose but, as he always does, he continued to push forward. Just past the three-minute mark in the second round, Pearson dropped his head to complete a combo, which proved costly as Hooker landed a right knee to the jaw that sent Pearson’s mouthpiece flying one way and his body flying another. Dan Hooker, 2-0 in Auckland. Give that man the Performance of the Night bonus.

Tune into UFC Auckland Saturday, February 22 as the King of Auckland, Dan Hooker, returns to New Zealand to take on fellow brawler Paul Felder in a sure-fire dogfight with Fight of the Year potential written all over it.