“We kind of have the same tactics when we fight, so it was natural that he showed me some techniques and I had some time to work them out and it has been working really well.”
By E. Spencer Kyte • Jul. 24, 2019

In the presence of a bona fide global superstar and one of the athletes who inspired his mixed martial arts fandom and eventual transition into the sport, the naturally awkward judo player fumbled his way through the exchange. While the actual details of how the handshake went awry usually gets lost in the laughter whenever Aubin-Mercier is forced to retell the story, the core piece to take away from the encounter is that it was really awkward and really embarrassing for the former TUF Nations competitor.

These days, however, Aubin-Mercier and St-Pierre have their handshake game on point, as exhibited by their recreation of the iconic scene from Predator when ‘80s action luminaries Arnold Schwarzenegger and Carl Weathers share a powerful clasping of hands that has evolved into one of the more popular memes of the moment earlier this summer.

“It’s an evolution,” the sarcastic Aubin-Mercier said. “I’ve always got to train to get better at what I do and it’s getting dangerous now.”

But cutting fun videos for social media is far from the only thing the French-Canadian competitors have been working on since the last time Aubin-Mercier stepped into the Octagon.

Over the last several months, the duo has spent a tremendous amount of time working together at Montreal’s Tristar Gym. What started as one or two sessions a week morphed into three or four days of working together and eventually reached the point where the only thing St-Pierre wasn’t doing was stepping into the cage to spar with the 30-year-old lightweight.

“I was training with him in the beginning twice a week and at the end, it was three or four times a week,” said Aubin-Mercier, who returns to action looking to snap a two-fight skid this weekend in Edmonton against Arman Tsarukyan. “He was coming out to every sparring session I was doing; he was there a lot for this training camp.

“We kind of have the same tactics when we fight, so it was natural that he showed me some techniques and I had some time to work them out and it has been working really well.”

Getting advice and insights from one of the most accomplished fighters in UFC history — and a technical master at that — is certainly a major plus for anyone, but perhaps the biggest impact St-Pierre has had on Aubin-Mercier is on the mental side of things. 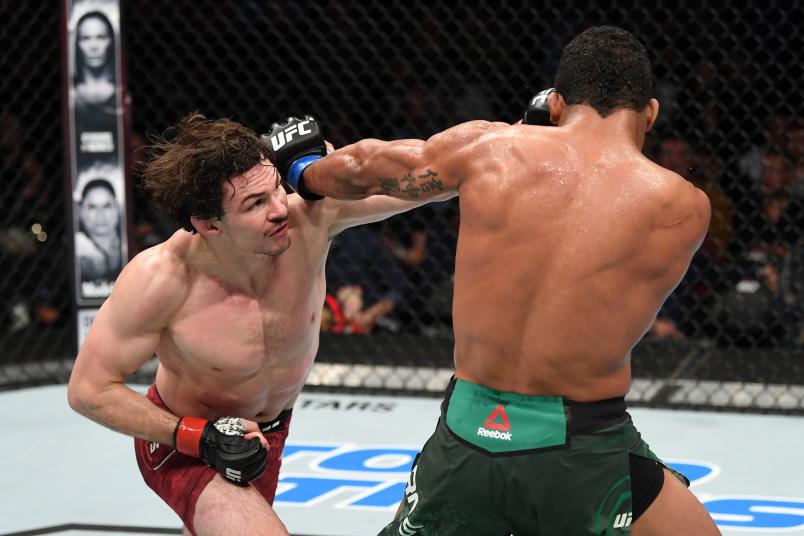 Throughout his career, the former welterweight and middleweight champion stood in stark contrast to the MMA fighter archetype.

He was polished, professional and wore suits to all his public appearances. When his contemporaries were puffing out their chests and declaring they feared no man and were willing to face anyone, anywhere, anytime, St-Pierre was strategic and calculating about the fights he took and open about the emotions he wrestled with in advance of every fight.

As much as the technical insights were beneficial to Aubin-Mercier, building a deeper connection with a championship-level fighter who experienced the same feelings he does prior to each fight was the biggest take away from his extensive work with St-Pierre ahead of Saturday night’s event in Edmonton.

“He’s a candid guy and I think in the MMA world, it’s mostly the opposite,” he said of St-Pierre. “We try to put a shell around us and not show our weaknesses, but Georges was really transparent that he was scared when he was going to fight and that it was normal, so it was good to not be alone.

“I knew it was normal, I know that everybody was full of s***, but it’s always nice to be able to talk to somebody about it anyway,” added Aubin-Mercier, who carries an 12-4 record into his main card showdown with Tsarukyan at UFC 240. “Every time (I spoke before fights), I was really candid too — really open about being scared when I fight — and talking about it, people were (always dissuading me from talking about it).

“Everybody has these feelings and they try to run away from it, but me, I take another approach; I try to embrace it and control it.”

And it seems to be working. 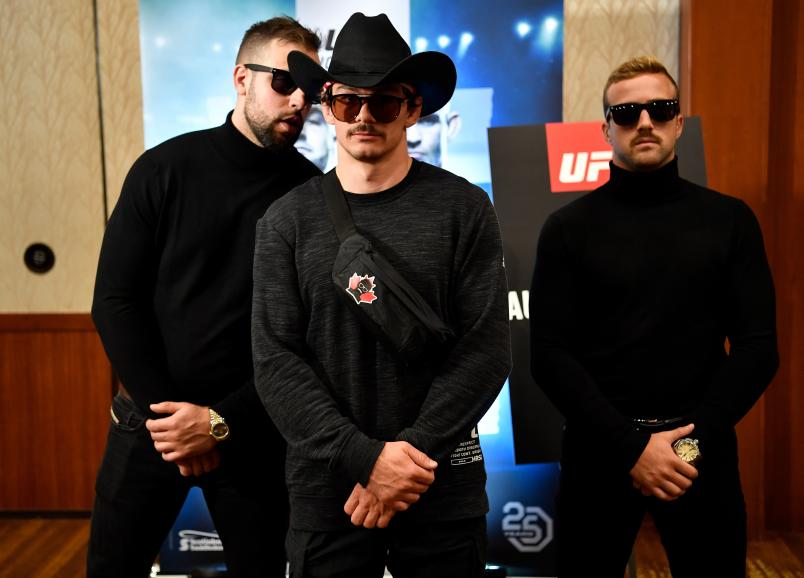 Fight Week is normally a stressful time for Aubin-Mercier, who admitted he can get in his own head and used to reach a point where he questioned his motivations for stepping into the cage. This week, however, the “Canadian Gangster” is loose and looking forward to making the walk on Saturday.

“I think you can win without knowing it,” he said when asked about the importance of being dialed in and understanding why he’s competing, “but when you know it, you have a goal and that’s something great — coming into the fight with a goal.”

Though he laughed while saying it, the last piece of that comment is the perfect summation of where Aubin-Mercier is at in his progression as a fighter.

Because he’s been in the UFC for five years and was pushed heavily right out of the chute, it’s easy to forget that Aubin-Mercier made his promotional debut with a 4-0 record and less than six minutes of combined cage time to his name.

He ran through inexperienced regional competition and played to his strengths while advancing to the welterweight finals on TUF Nations, where he faced off with fellow Canadian and future teammate Chad Laprise, dropping a split decision to “The Disciple” in Quebec City.

Although he won seven of his next eight appearances, including an impressive four-fight run that culminated with a first-round technical knockout of Evan Dunham at UFC 223, many people failed to recognize that Aubin-Mercier was still very much a work in progress and trying to figure out how to best deploy the obvious skills and talents he carries with him into the cage.

And that showed in his last two outings, decision losses to Alexander Hernandez and Gilbert Burns where he was largely controlled throughout.

“I have to use my strengths,” he said plainly, reflecting on the two-fight slide that carries him into his 2019 debut this weekend. “I think I wasn’t fighting my fight during those fights — I was fighting their fights and that was the biggest mistake. I wasn’t myself.

As he readies to cross the threshold into the Octagon for the 12th time in his career, Aubin-Mercier finally seems ready to put all the pieces together and take the next step forward in his career.

“At some point, I have to decide if I’m an athlete or a showman,” said the fun-loving French-Canadian. “I know I’m both before the fight, but when I get into the cage, I won’t be — I’m going to be an athlete.

“On Saturday night, I’m going to fight my fight and that’s going to be it,” he added.
“I have to be ready because Arman came for one thing and that’s to win and I have to be the same. If I think about anything else, it’s not good.”

And for the first time, there is nothing else on his mind other than entering the Octagon, playing to his strengths, and doing whatever it takes to secure the victory.