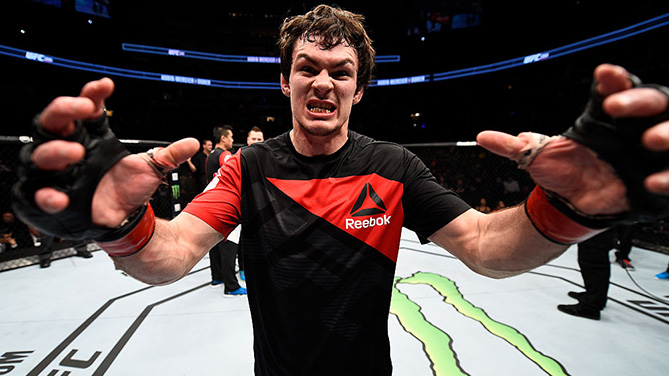 If anyone is a prime candidate for the “making lemonade out of lemons” foundation, it’s Olivier Aubin-Mercier, who switched gears smoothly after seeing his February bout against Gilbert Burns scrapped on fight week when it was deemed unsafe for Burns to continue cutting weight for the lightweight matchup.

“I took maybe a week off after the Burns incident,” he said. “I went to Disney World, went to Universal and after that I went to Reno and I trained there before coming back to Montreal.”

“I had gone there as a kid,” he said of going to the happiest place on Earth. “I didn’t remember everything, but I remembered the Tower of Terror. (Laughs) I did it again and it aged well. Some movies and rides don’t really do that, but this one did. And the Avatar ride, it was like the craziest thing I did in my entire life. I was emotional and almost crying. I really liked it.”

Soon after, Aubin-Mercier would get another fight, this one on April 7 against Evan Dunham. And while going through the weight cut and emotional ups and downs that come with fight week for a second time in less than two months shouldn’t be easy, “The Quebec Kid” is handling it like a champ.

“Actually, it went surprisingly well,” he said. “I’m happy with this and it was easier than a two-month camp. So I’m not tired of the training camp yet, which is a good thing. Normally I’m really tired at the end of training camp, but right now I’m not. Nothing was too hard. When you’re happy and love what you do, everything’s easy.”

And that’s the key for the affable 29-year-old, who is making sure he is enjoying every step of this journey.

“We have one life to live, and if you don’t like what you’re doing and you have regrets, you’re living wrong and you should 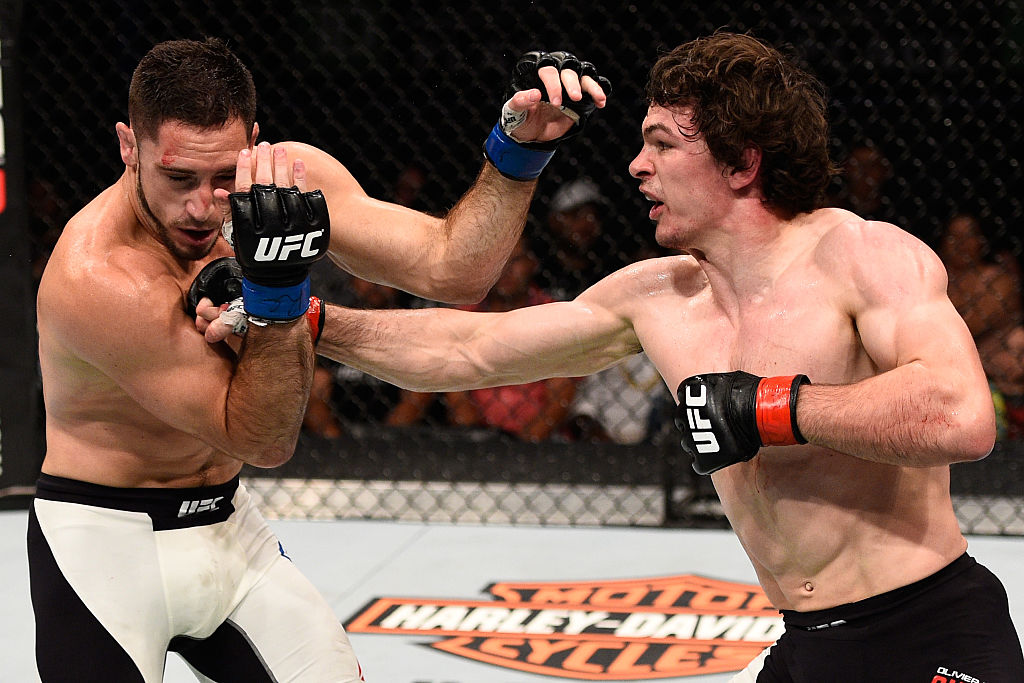 Thibault Gouti during the UFC Fight Night event on June 18, 2016 in Ottawa, Ontario, Canada. (Photo by Jeff Bottari/Zuffa LLC)" align="left" /> live differently,” he said. “I’m in love with the sport, and I think for me to be happy with what I’m doing is the most important thing. When I’m not happy with the sport and not happy getting inside the Octagon, it will be time for me to stop.”

Of course, losing a fight without stepping into the Octagon and not getting that payday stings, but not getting to fight Burns may work out for the best, because in Dunham, Aubin-Mercier will be facing a top 15 contender and someone he is quite familiar with.

“There are a lot of good things about it, and I like the fight,” he said. “It’s crazy because I was watching Dunham when I just started MMA. I studied him since he was a southpaw and a great grappler, so it’s interesting to see that now I’m fighting him in Brooklyn.”

It’s been quite a rapid rise for the Montrealer, and as he’s grown up in the UFC, fighting eight of his 13 pro bouts in the Octagon, it appears that he’s starting to enter his prime, having won three straight over Thibault Gouti, Drew Dober and Tony Martin. But he’s not done yet.

“I think I’m one of the few fighters in the top 30 that is still getting better in every fight,” Aubin-Mercier said. “Every training camp I feel better, and for this fight I really feel great and I feel that my game really evolved in the last few months. That’s my goal. After this fight I don’t want to go straight to the top ten; I want to do that in the beginning of next year so I can evolve a little bit more. I work hard with all my coaches, I have a great team and every training camp is a part of the puzzle. At some point, the puzzle is gonna be done and I’m going to be even more happy.”