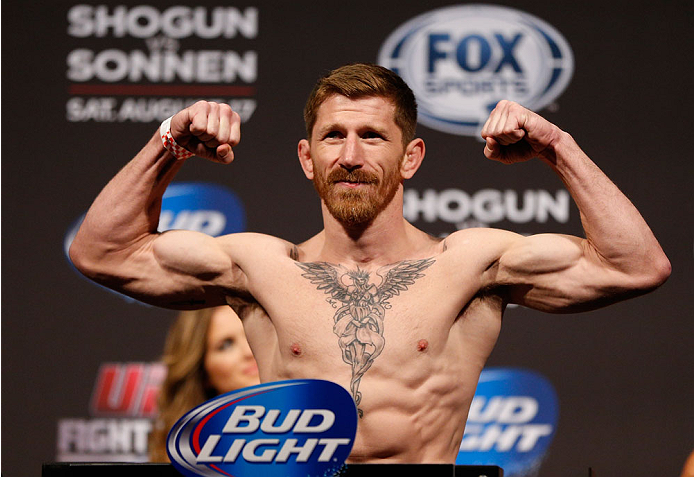 Some of the best rivalries in college sports are between in-state rivals – two schools separated by a couple hundred miles that compete for the same recruits and face each other in several sports over the course of a single year.

Neither side ever wants to lose. Each victory is a little bit sweeter, each loss a little more difficult to swallow because it came against that team.

That’s what the rivalry between American Top Team (ATT) and The Blackzilians is like.

“When you have two world-class gyms that close together, there is definitely going to be a rivalry. When you’ve got an up-and-coming kid, he’s going to have to make a choice about ‘What gym do I go to?’”

For an emerging fighter in Florida – or anywhere else for that matter – you can’t go wrong picking either gym, but just as each side has no interest in losing to the other inside the cage, they don’t want to lose a prospect to the guys down the street either.

The rivalry runs that deep and is rooted in the origin story of The Blackzilians.

“The biggest rivalry between (ATT owner) Dan (Lambert) and Glenn is the fact that Glenn was taking private lessons at American Top Team and soliciting guys to start his own gym,” Brown, who now serves as coach at the Coconut Creek, Florida fight factory, offers.

How the Blackzilians came into existence is the main source of animosity between the warring heads of the two South Florida outfits, and the tension between Lambert and Robinson will be on display all season as the two camps go head-to-head, but the rivalry between the fighters that represent both sides is different than the personal beef between their respective owners.

“We had a matchup recently where Charles Rosa, one of the guys from our gym, was fighting one of their guys in the UFC, Sean Soriano. Charles literally lives half-a-mile from the Blackzilians and he said every day when he ran, he would have to run by the gym.

Rosa picked up a third-round submission win over Soriano back in January, giving ATT an early edge in the 2015 edition of this rivalry that is set to inject new energy into the long-running reality TV competition beginning tonight on FOX Sports 1.

Teams have always been a part of The Ultimate Fighter, but never in this way. While fighters representing the same gym occasionally made their way on to the show at the same time, the various competitors have historically been selected to makeshift squads that may or may not gel during their six weeks in Las Vegas.

For the most part, competitors have always cheered for the fighters on their TUF team, but at the end of the day, they’re all pulling for themselves first and foremost, with camaraderie and team results running a very distant second.

That isn’t the case this time around.

This season, the teams taking part are actual teams – athletes that train together every day being led by the elite group of coaches that lead them through practices on a daily basis. These aren’t strangers wearing the same Ultimate Fighter basketball jersey and color-coordinated shorts for six weeks – they’re family and that ups the ante.

“It’s so supportive,” Brown says of the ATT philosophy and approach. “It’s really cliché to say, but it’s really like a family atmosphere. Everyone feels like your brother, everyone is pulling for each other so hard and pushing for that guy to make it.

“I think that may be why there is so much of a rivalry because you had somebody that you considered family break off and no longer be family. I think that’s where the rivalry comes from and what our team has always tried to be about.

“The team really wants to win and they’re a true team,” Brown continues. “Normally the fighters are on teams, but they’re not really a team – they care but they don’t care – but this was really emotional for everyone. It felt like Fight Club; it really did. This had to have been the most emotional season to date.

“Everyone that went to those fights was so invested in it. It felt like you’ve got one team just chanting all this stuff, the place is going crazy, banging drums and then the other team would be chanting – it was really emotionally charged. I would guess it was the most emotional Ultimate Fighter season.”