Multi-Sport Athletes In The UFC

From football to baseball to rugby, there have been a plethora of fighters that got started in sports other than MMA.
By By Jon Gagnon • Mar. 25, 2020

In the buildup to Jon Jones vs Dominick Reyes at UFC 247, there was a lot of attention paid to Reyes’ past as a multi-sport athlete. Reyes promoted his former accolades – as a football and baseball player - while Jones scoffed at the idea that it would be an advantage.

We all know what happened next: Reyes gave Jones arguably the toughest test of his entire career. It was rare to see a Jones opponent unfazed and able to match his imposing, physical athleticism.

Given Reyes’ recent success and with the potential for a rematch with Jones down the line, it’s a good time to look around the landscape at some of the UFC’s other multi-sport athletes.

American football may have the biggest connection to MMA than any other sport, with the lifelong body training and physical nature of the sport having a ton of parallels from the gridiron to the Octagon. The evidence is on the UFC roster: Greg Hardy, Eryk Anders, Ovince Saint Preux and Gian Villante are all active UFC fighters who played Division I. Anders and Saint Preux played at renowned SEC schools Alabama and Tennessee, respectively, and Hardy is a former NFL Pro Bowler.

You can also look back in time at heavyweight fighters Brendan Schaub and Matt Mitrione, or former world champion Brock Lesnar. 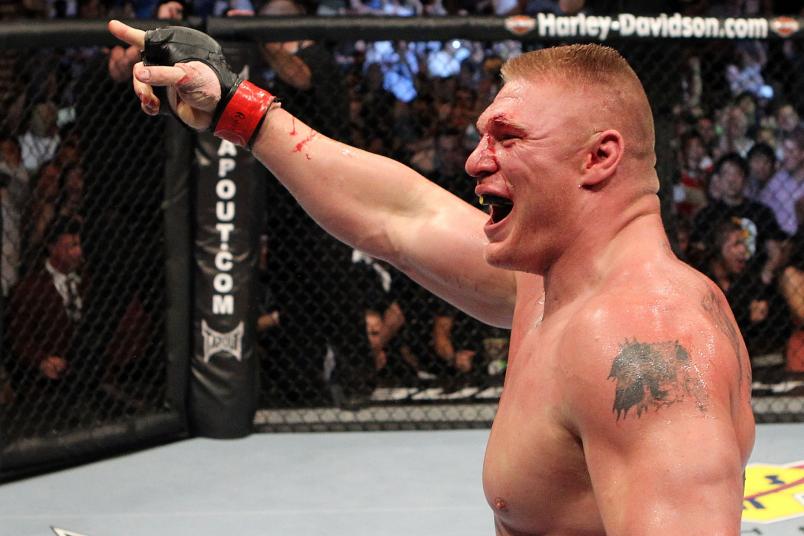 Former basketball players fighting in the UFC is much shorter list. Most notably, though, there’s current 9th-ranked heavyweight Walt Harris. Harris stands 6-foot-5 and played D-I at Jacksonville State before focusing on MMA. It sounds like a wise decision – Harris hasn’t lost since 2017 and he was scheduled to fight Alistair Overeem in the main event of UFC Portland until the Coronavirus altered his plans.

Former heavyweight fighter Travis Browne was a successful basketball player in San Diego. At 6-foot-7, Browne didn’t start training MMA until much later in life, but it was a smooth transition, as he didn’t lose until his 15th pro fight.

And, of course, this list wouldn’t be complete without mentioning the UFC’s current lightweight champion, Khabib Nurmagomedov. 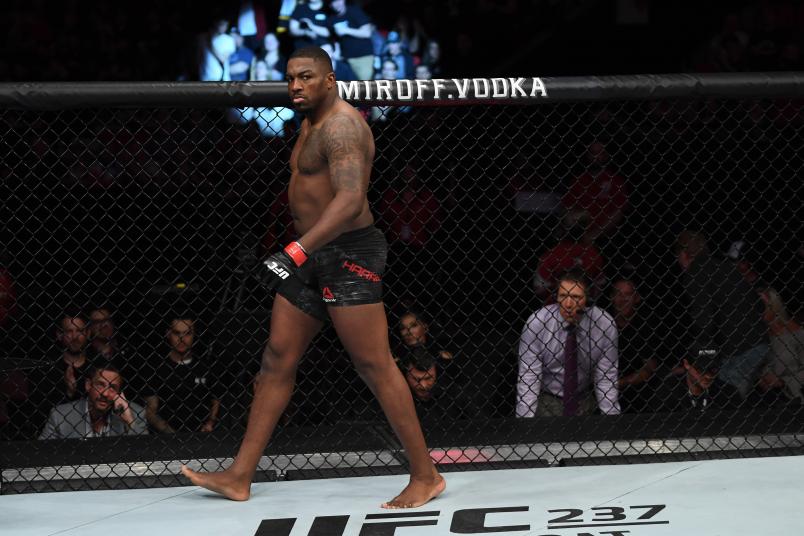 OTTAWA, ON - MAY 04: Walt Harris celebrates his TKO victory over Serghei Spivac of Moldova in their heavyweight bout during the UFC Fight Night event at Canadian Tire Centre on May 4, 2019 in Ottawa, Ontario, Canada. (Photo by Jeff Bottari/Zuffa LLC/Zuffa LLC via Getty Images)

OTTAWA, ON - MAY 04: Walt Harris celebrates his TKO victory over Serghei Spivac of Moldova in their heavyweight bout during the UFC Fight Night event at Canadian Tire Centre on May 4, 2019 in Ottawa, Ontario, Canada. (Photo by Jeff Bottari/Zuffa LLC/Zuffa
Rugby

Miocic isn’t the only current UFC champ to find success outside of MMA. Alexander Volkanovski has one of the more interesting backgrounds in the sport after detailing his change in weight from rugby to MMA. As a rugby player, Volkanovski weighed in at 214 pounds, quite the jump from his fighting weight of 145 pounds.

Volkanovski found the right balance. He’s 21-1 in his pro career and took the belt from longtime champ Max Holloway last December at UFC 245.

One of the other UFC's Australian elites, Tai Tuivasa, also had his hand in rugby. The infamous heavyweight "shoey" drinker played professionally in Sydney. 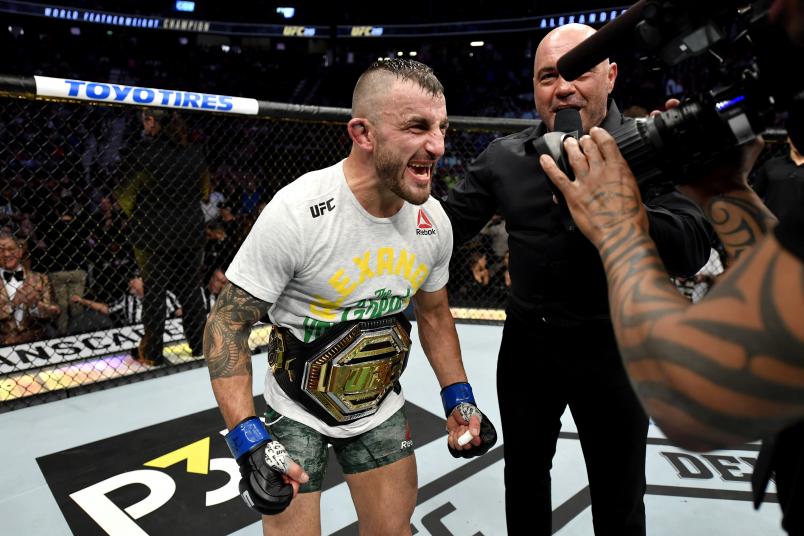 Perhaps the most popular name on this list is heavyweight champion Stipe Miocic. Miocic played college baseball at Trevecca Nazarene in Nashville, Tennessee. In his best season he batted .344 with seven homers and led his team to a conference championship.

Miocic had been fighting in the UFC for nearly five years before he earned a title shot against Fabricio Werdum in 2016. He knocked out Werdum and then defended the heavyweight belt three consecutive times – a UFC a record.

It's hard to place Scott Holtzman in just one of these categories. The surging lightweight (winner in 5 of his last 6) is the true definition of a multi-sport athlete. He played football, college baseball and ice hockey for a southern professional league. 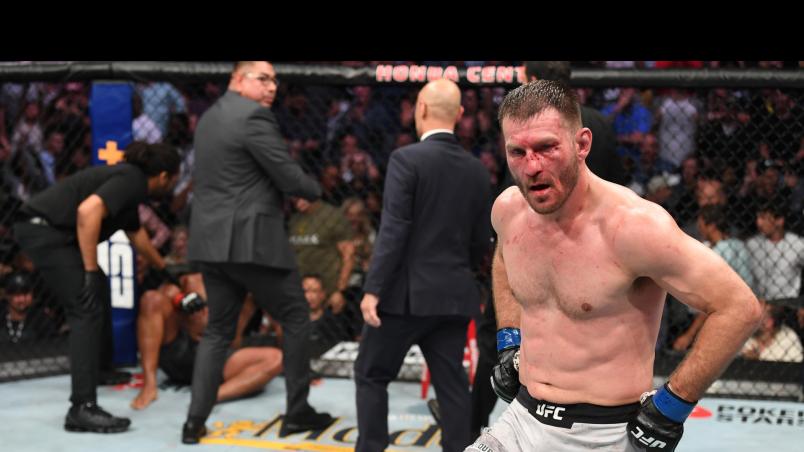