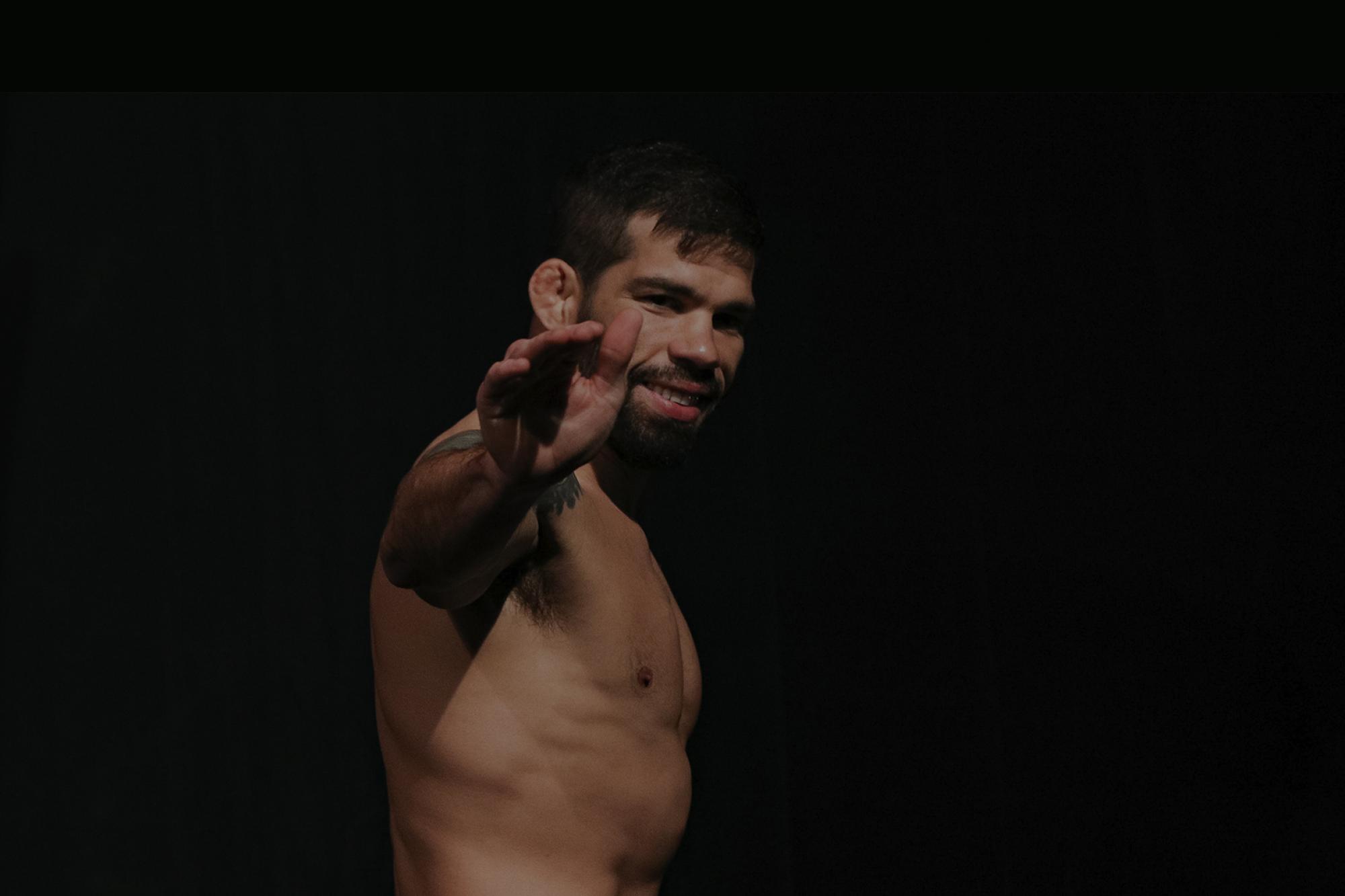 Assuncao Wants To Leave No Doubt

With A Decisive Win Over Marlon Moraes, Raphael Assuncao Believes A Title Shot Is Next
By Thomas Gerbasi • Feb. 1, 2019

It may have been an odd question in the lead-up to Raphael Assuncao’s main event rematch with Marlon Moraes in Fortaleza on Saturday, but there was a point in asking the No. 3-ranked bantamweight contender if he played sports when he was younger.

“I was always very athletic,” he said. “I was a small kid, but I played every sport, including volleyball. I’d be the little guy, but I’d jump the highest. (Laughs) Even in basketball, I didn’t have the height, but I was the quickest guy, so I always pushed my limits, for sure.”

Why does something like this matter? Because it’s clear that even though Assuncao may not have been the most physically gifted kid on the block, he always showed up, always played, and was always a gamer.

In other words, competing is in his DNA, and that’s evident in his fighting career, one that has seen him lose just one fight in the last seven-plus years. In the UFC, that’s almost unheard of, and even when things might not be perfect in training camp or on fight night, Assuncao almost always finds a way to win.

“I think that’s just one of my characteristics, to have that gift and to be able to adjust,” he said. “I always say that I’m very critical of myself where I always feel that I have to improve and need to do better. But I always find a way to win. Many guys have said, I’ll knock him out, he doesn’t move forward or he doesn’t go backwards. My opponents will criticize me, which is natural, but when it’s fight night and we’re inside the Octagon, they can’t beat me. That happens a lot. And I want to keep that streak going for myself. I’ve had bad days, tough weight cuts and migraines and stuff like that and I found a way to win 90 percent of the time.”

One of those wins was over Moraes, as Assuncao spoiled his Brazilian countryman’s UFC debut in June of 2017. It was a close fight, and it’s expected to be just as close the second time around, but that may be the only thing that resembles their first meeting.

“It’s been almost two years, so I think it’s gonna be different,” said Assuncao. “Every fight, it doesn’t matter if I fight the same guy three times, I always expect a different approach from my opponent. Especially coming off a loss, he’s going to bring a different approach for sure. But there are some things you can’t change physically, and some of your instincts. That’s anybody, but I expect the best out of him and I’m pushing beyond my limits as well to be the best that I can be.”

Since their first bout, Assuncao has knocked out Matthew Lopez and decisioned Rob Font, keeping his spot among the 135-pound elite intact. Moraes has been even more impressive, decisioning John Dodson before scoring highlight reel knockouts of Aljamain Sterling and Jimmie Rivera. In other words, while the first fight was important, this one may net the winner a shot at TJ Dillashaw’s title.

“I think this is the fight that will get me to the title fight,” said Assuncao, 11-1 since moving to the bantamweight division in 2011. “At least let’s hope and let’s be positive about it. In this sport, there are so many variables that can help you or go against you, it’s kind of hard to be a hundred percent sure. Everybody in this world knows it’s very unpredictable.”

No one knows it better than Assuncao, who has already split two fights with Dillashaw while putting together a body of work that undeniably puts him on the short list of title contenders. But the 36-year-old has never been one to make a lot of noise outside the Octagon. He just shows up, fights and wins.

Raphael Assuncao has a plan. First, he's going to beat Marlon Moraes at UFC Fortaleza and then he'll earn his bantamweight title shot.

“I try to stay classy,” he said. “That was how I was raised and that’s how I learned how to be a true martial artist. I see a lot of guys, even champions or former champions, that pretend to be something or somebody, and at the end of the day, they fail. They change who they are and stat acting differently when they get to the top. I’m not that person. I always stay true to who I am. Hopefully that doesn’t keep hurting me too much. (Laughs) But the focus now is the task at hand, which is Marlon Moraes, an extremely tough opponent, as I know because I fought him before.”

At least the main event placement against a fellow top five contender is a step in the right direction. And though the title picture is still up in the air considering flyweight champion Henry Cejudo’s desire to move up to 135 and give Dillashaw a rematch, the winner of Assuncao-Moraes 2 has to be next in line. That’s Assuncao’s hope, and even if hope fails, he’s still going to show up to fight. And when he does that, you know what usually happens next.

“Things happen in the sport,” he said. “But I’ll find a way to win. It’s a lot of work, but I know if I keep that mindset, I can be a champion.”