Read on for UFC 212 prelim results 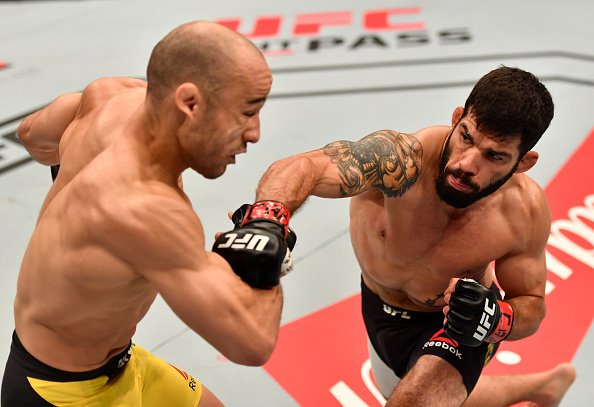 The first round was largely tactical, with Moraes’ superior speed allowing him to take the lead behind his sharp striking. Assuncao wasn’t far behind though, and he closed the gap considerably when he landed two flush right hands in the closing seconds of the frame.

The second stanza may have been even closer, with each fighter having his moments as the bout remained standing for the middle five minutes. It was Moraes pushing the pace in the final round, though, with a closing barrage of kicks seemingly allowing him to take the round, but not the fight.

In a middleweight clash of Brazilian Jiu-Jitsu black belts, Antonio Carlos Junior got the victory, submitting Eric Spicely in the second round.

Spicely got the bout to the mat early, kicking off the ground battle fans wanted to see. The two squared off in the 50-50 position and threw in plenty of punches to the face, but after a stalemate, Carlos made his move to get on top. Spicely held off his foe, and with a minute left, the fighters rose. Carlos subsequently got the fight to the mat and took Spicely’s back, but the horn intervened before he could attempt a finish.

The bout went to the ground early in round two, Carlos ending up on top. In the second minute, Carlos took Spicely’s back once again, but the New Englander’s defense was solid and he got free. Carlos kept pressing, though, and when he got the back once more, this time he finished the fight, with a rear naked choke producing a tap out at the 3:49 mark.

Bantamweight prospect Matthew Lopez made quite the impression in picking up his second consecutive UFC win, as he emphatically finished No. 10-ranked Johnny Eduardo via first-round TKO.

Denver’s Lopez (10-1) took some hard shots from Rio’s Eduardo (28-11) early, but once he found an opening for a takedown, he took it and then took over, getting free from a heel hook attempt and then unleashing a series of unanswered ground strikes that forced referee Mario Yamasaki to step in and stop the fight at 2:57 of the opening round. 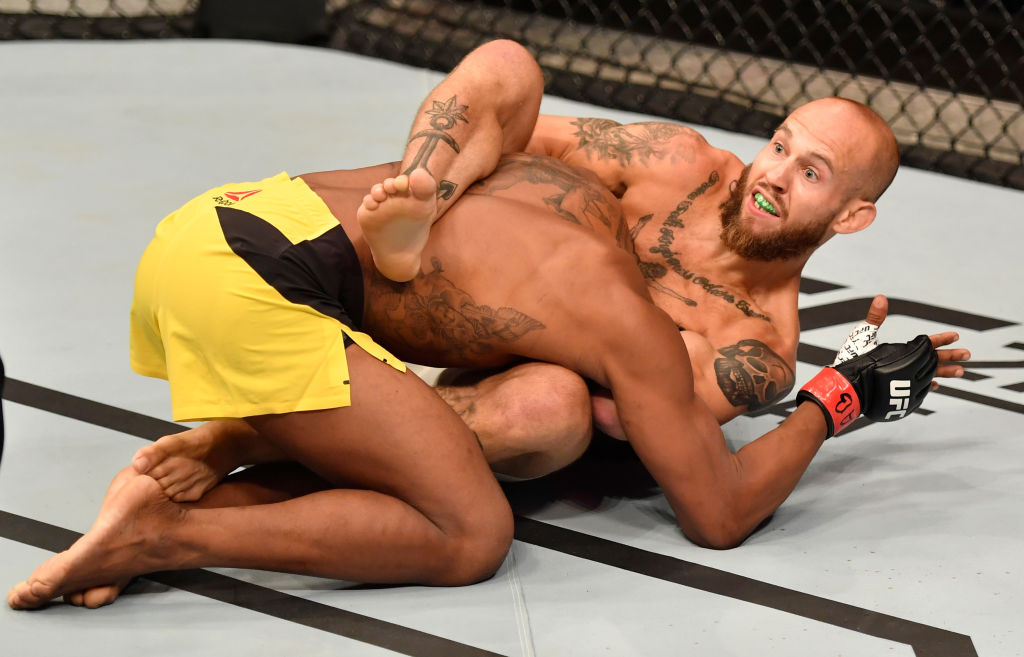 Octagon newcomer Brian Kelleher pulled off a stunning upset in his UFC debut, submitting No. 13-ranked bantamweight Iuri Alcantara in the first round.

The Brazilian contender got off to a fast start, but the New Yorker stayed calm in the biggest fight of his career and soon settled into the rhythm of the bout. But in the second minute, Alcantara looked to take the fight to the mat, and in the process, Kelleher locked in a guillotine choke and a tap out soon followed at the 1:48 mark of round one.

Pereira was in control from the start, and she never gave up that control, whether in the clinch or by using a disciplined striking attack that featured a stiff jab and hard overhand rights. By the third round, Pereira could have coasted, but she kept the pressure on, with her straight combinations keeping Moyle from making a miracle comeback.

Chagas and Wallhead stood in the pocket and traded shots from the start, the Brazilian landing the harder blows and prompting Wallhead to look for a takedown that came up short two minutes in. Once the action resumed, Wallhead stayed busy but another takedown attempt was turned away by the sharp Chagas. In the final minute, Chagas stepped on the gas and landed several hard shots, wrapping up a solid round.

There was more of the same in the second stanza, with Wallhead staying aggressive but Chagas calmly countering his opponent throughout. And in the closing minute, “Tarzan” hit paydirt, dropping Wallhead with a left hand before sinking in a rear naked choke that produced a tap out at 4:48 of round two.

Fighting just days after the passing of his mother, Beltran (8-6) courageously gave his best effort, but Figueiredo (12-0) was too much for him once the bout hit the mat in both rounds. And while the submission attempts by Figueiredo came up short, late in round two, an elbow cut Beltran when the two stood and a follow-up uppercut put Beltran down. The horn intervened, but referee Osiris Maia had seen enough, stopping the bout at the end of the second frame.