Strawweight Knows She Has All The Tools To Overcome Bitter Losses
By Steve Latrell, on Twitter: @TheUFSteve • Nov. 11, 2020

As she began to turn the tide of the early onslaught from opponent Amanda Bobby Cooper, it was almost as if Ashley Yoder could hear commentator Brendan Fitzgerald describe the waning third round as a “career-defining two minutes” on a cold Denver night in November 2018.

A lightbulb seemed to come on, and the combinations her corner had been imploring her to throw started to land. And then as the fight went to the mat, her renowned jiu-jitsu nearly ended the fight three times by submission. The effort was enough for the split decision victory on the scorecards, and the first UFC victory for the Indiana native.

“It was quite a surreal moment,” she recalls, noting that this week is the two-year anniversary of that win. “All those memories pop up on your timeline…things like my friends being there.” 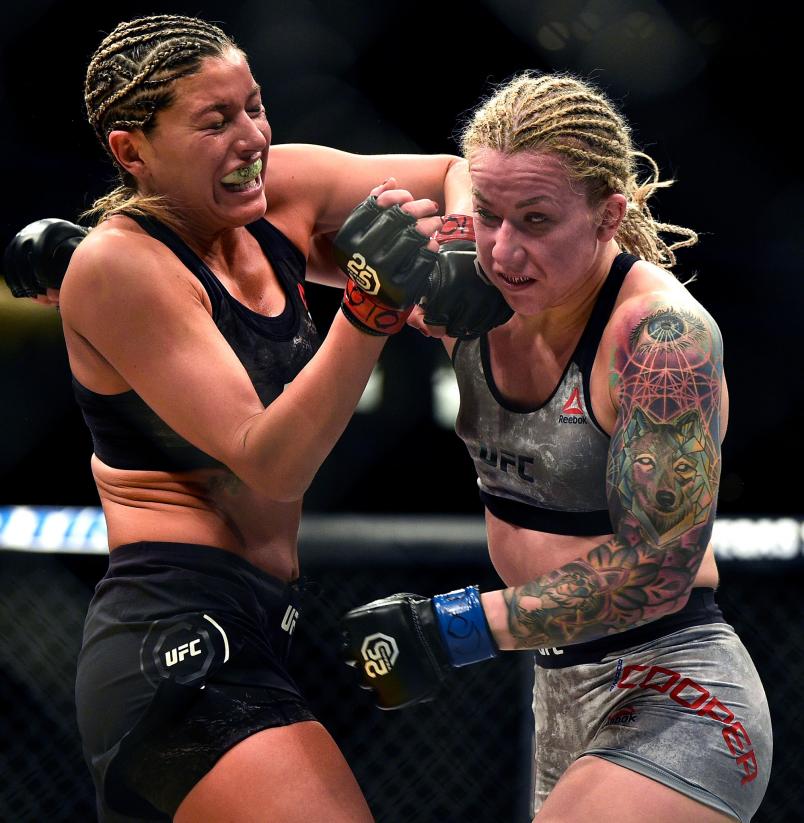 On the way to victory vs Cooper, November 10, 2018 in Denver, CO (Photo by Chris Unger/Zuffa LLC)

Yoder’s entry into the promotion had been a bumpy road, three losses sprinkled with the disappointment of losing to an opponent who had missed weight and landing on the wrong side of a split decision. Her emotional victory in Denver was a validation of her presence not only in the strawweight division, but the UFC itself, and a reminder of the skills the world had seen when she competed on Season 23 of The Ultimate Fighter.

“I’m a work in progress,” she cried as Paul Felder held the mic for her in the Octagon that night. “Keep following me!”

The momentum carried over into her next war when she claimed the unanimous nod against Syuri Kondo. But now in her second contract with the UFC, she finds herself in the annoyingly familiar place of coming off consecutive losses to Randa Markos and Livinha Souza. Yoder has never been finished as a professional, and whether the decisions were unanimous or split, every contest was close. Being so close each time has been perhaps the most bitter pill to swallow.

“I think with a lot of my close decisions, there’s always something you can take away from every performance. It’s just the adjustments I need for myself. I’m always learning. So we’re always adding on to those little mistakes that we always make, whether it’s a win or a loss, there’s always work to be done. Grinding, grinding, grinding. Learning every day.” 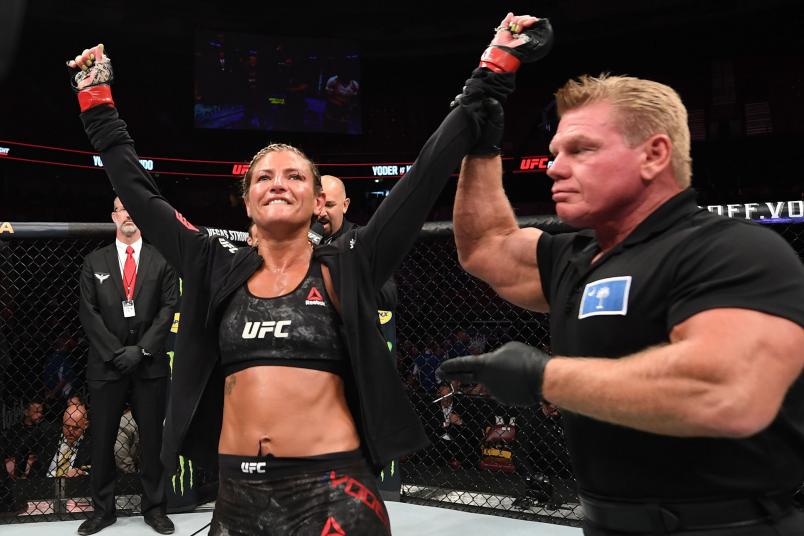 Back in Las Vegas to face Miranda Granger on this Saturday’s UFC Fight Night: Felder vs Dos Anjos card, Yoder understands she’s at another crossroads of sorts. She’s not thrilled to return to this position, but she also knows she has the tools to persevere. And those tools have been sharpened by some outside help for this camp.

“I hired a sports psychologist…a mental coach—Brian Cain, he’s worked with GSP, Donald Cerrone, Rich Franklin, all these well-known guys—and I literally hired him the day that I left [Las Vegas following the Souza fight]. We’ve been working together, and I think that side of it is going to be a positive change for me. It just kind of lights that fire back into you.

Sometimes it takes an outside source to just smack you in the face with some realism and be like, ‘Hey, listen, you have all the tools, you just have to go use them.’” 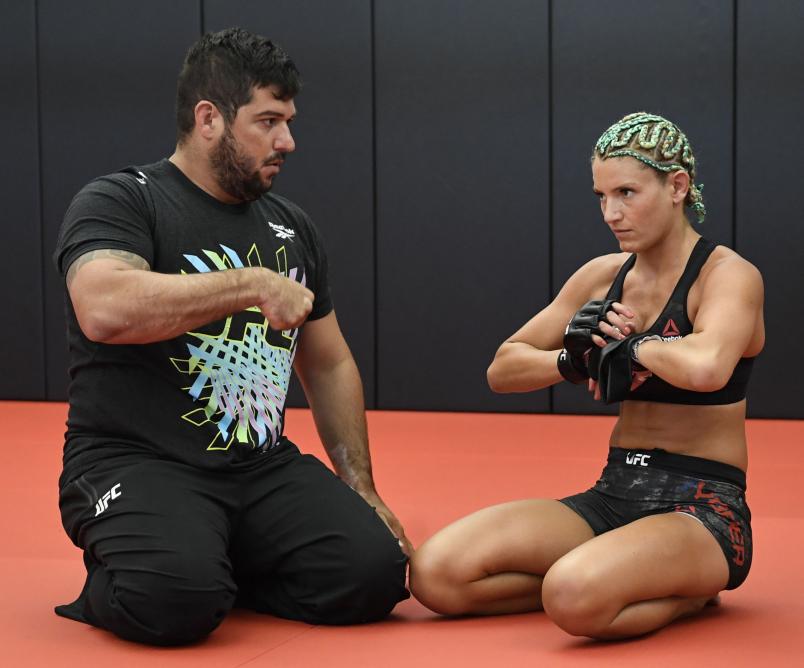 Warming up at the UFC APEX on August 15, 2020 in Las Vegas (Photo by Mike Roach/Zuffa LLC)

In Granger, she arguably faces an earlier incarnation of herself: an ace submission specialist with a similar body type whose transition into the UFC hasn’t been the smoothest. Yoder knows that makes her opponent dangerous, and she takes the threat seriously.

“I think it’s going to be a great fight. I know I always say this, but they usually are, right? We always have a lot of fun in the Octagon. It’s going to be my first opponent where we’re about the same size, so I’m excited about that. I just think it’s going to be an exciting back-and forth fight on the feet and on the ground because we’re both pretty well-rounded. Coming into this fight with a new mindset and a new energy is going to be the best way for this performance to be my best so far.”