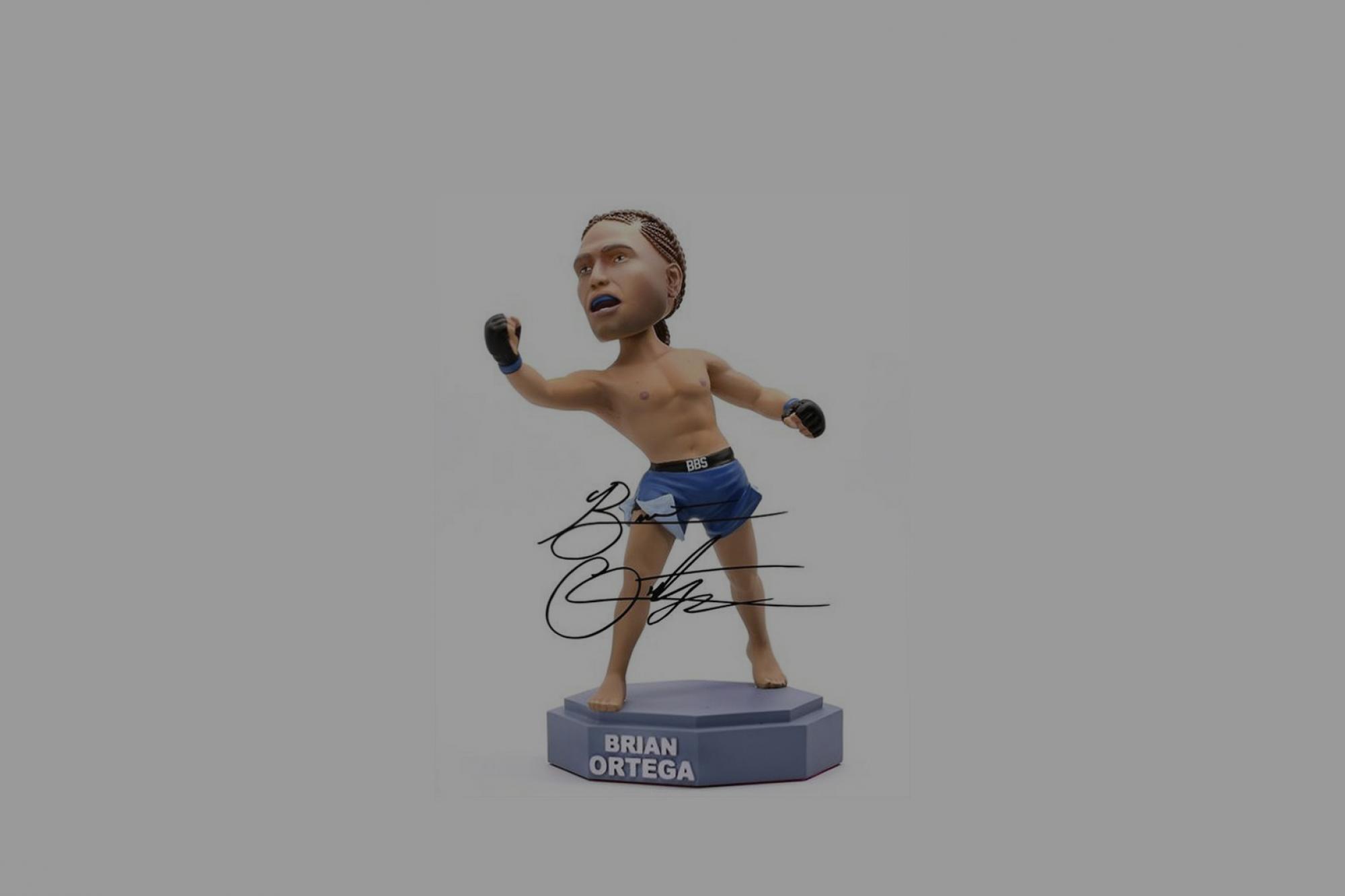 Brian Ortega's rise to the top of the UFC world has been fast and furious. So much so that "T-City" became one of the first ever fighters to receive their very own hand-crafted bobblehead from artist MMA Bobblehead.

Ortega's iconic knockout of Frankie Edgar was perfectly captured by MMA Bobblehead, including the intricate details of Ortega's braid work and fight kit. Only 150 of these limited edition Ortega bobbleheads were made and signed by T-City himself.

Before illustrating Ortega, MMA Bobblehead had immortalized three other MMA personalities. Dan Henderson, Chuck Liddell and Bruce Buffer have all received the bobblehead treatment. Even Dana White hopped on the bobblehead train.

Check out MMA Bobblehead's work on Instagram at @Mmmabobblehead and make sure to tune into UFC 231 live on PPV to see if Ortega can take the belt from reigning champing Max Holloway.