Around the Octagon: Stars at UFC on FOX 4

Stars of Hollywood and MMA came together Saturday night for UFC on FOX: Shogun vs. Vera - here, a few of the big names in attendance. 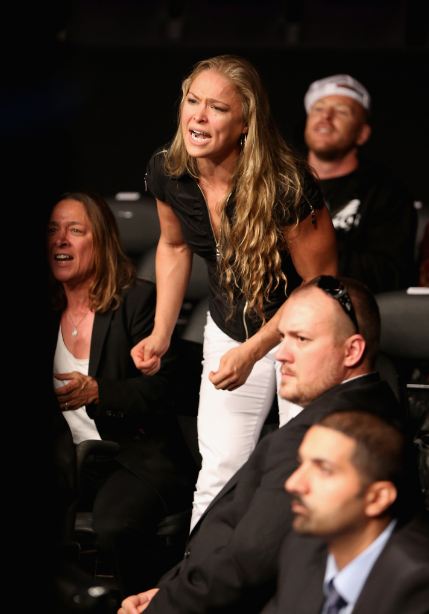 Strikeforce champ Ronda Rousey (right) brought her mom to the event and cheered from the front row for teammate Manny Gamburyan. Afterward, Rousey, "The Anvil" and crew headed to the Venetian in Glendale, a favorite hookah spot.

UFC 1 to UFC on FOX 4
The Staples Center crowd erupted in cheers as BJJ OG Royce Gracie made his way to his front-row seat. 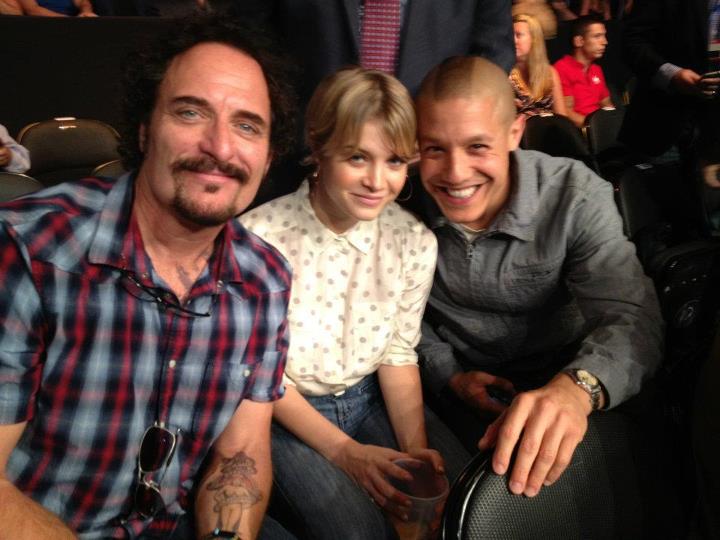 Phan's Favorite
Locals always know the best spots for revelry, so where did Garden Grove's Nam Phan head for a victory celebration? He and his team headed to the nearest Hooters for wings where they watched the replay, then went home to Orange County and followed up with milkshakes at Denny's. 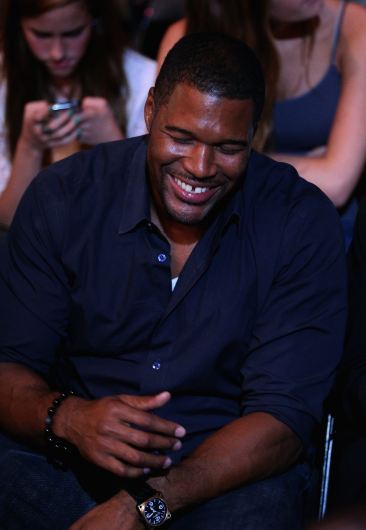 HOF and Fan
UFC Hall of Famer Tito Ortiz signing autographs at the US Open of
Surfing in nearby Huntington Beach, then rushing downtown to Staples
Center to root for Shogun, Machida and Varner

The Champ is Here
UFC heavyweight titleholder Junior dos Santos got the star treatment from the stars in attendance, posing for pictures all night with actors including Tygh Runyan, Sarah Lind and "The Expendables'" Terry Crews. 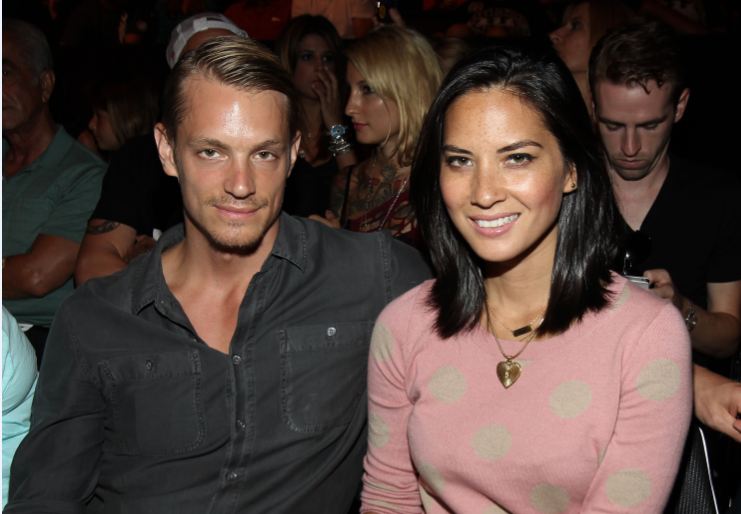 Busy Weekend
"The Newsroom" actress Olivia Munn (left) celebrating the opening weekend of her movie "The Babymakers" alongside boyfriend Joel Kinnaman, star of "The Killing" and "Easy Money"

Stacks on Deck
$100,000 richer after earning both Fight of the Night and Submission of the Night bonuses, lightweight Joe Lauzon celebrated by having a stack of Domino's pizzas delivered to the hotel.

Movie Star and Main Event
Cung Le stopped by the Expendables junket before the fights; once he made it to Staples Center, he bonded with UFC 151 headliner Dan Henderson over being 40-something badasses. Later in the night, Dana revealed that Le would headline the UFC's event in Macau later this year.