Around the Octagon: Stars at UFC 155

As hundreds of thousands of visitors flock to Las Vegas to celebrate New Year's Eve on Monday, fight fans know the real fireworks started Saturday at UFC 155.  Here are the bold names who started their holiday weekend watching the action inside MGM Grand Garden Arena. 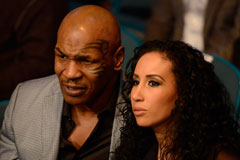 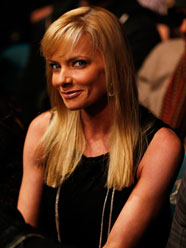 Stars of the Small Screen
UFC 156 bantamweight Urijah Faber enjoyed a plum seat and plenty of laughs between actresses Jaime Pressly (right) and Laura Prepon. MTV's Christopher “Big Black” Boykin, whose fandom had made him an event staple, was also in attendance. Chef and television personality Anthony Bourdain watched with his wife Ottavia, a BJJ blue belt under Renzo Gracie. 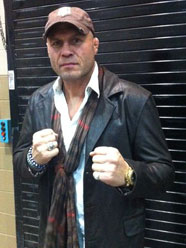 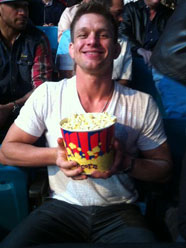