Around the Octagon: Stars at UFC 152

No country loves its fights more than Canada, and fighters are the biggest fight fans of all. Here are the MMA bold names who came to Toronto for the UFC 152 action. 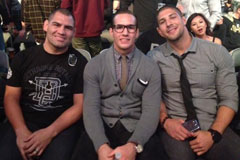 Jake Shields giving his breakdown for the UFC cameras 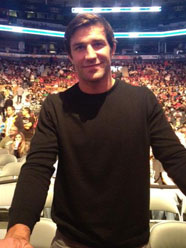 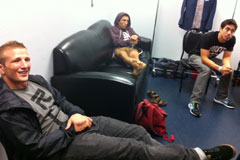 The corners and locker rooms of Air Canada Centre were full of UFC and TUF stars past and present: Rashad Evans with Vitor Belfort, TJ Dillashaw and Justin Buchholz with Joseph Benavidez (left), Tiki Ghosn with Michael Bisping, Kris McCray with Jimy Hettes, and Antonio Carvalho with Mitch Gagnon.