Arnold Allen Isn’t In Any Rush

Arnold Allen was, in his own words, “pissed off.”

He entered 2020 with the goal of breaking into the top 10 of the featherweight rankings, and when he signed a contract to fight No. 9-ranked contender Josh Emmett, he felt like he could check that box one month into the new year.

However, two-and-a-half weeks before the fight, an injury forced Emmett off the card. Allen, who had some trouble fighting more than once a year for his first few years on the roster, was properly frustrated.

The even-keel Brit allowed himself to stew for a day, but by a stroke of convenience, fellow featherweight Nik Lentz’ opponent, Nad Narimani, also withdrew from the card, so the two agreed to fill in for one another and Allen was set for his second fight in America.

Allen said he holds “a lot of respect” toward Lentz, a roster mainstay for nearly 11 years. However, Allen laments that a win over the UFC veteran is hardly the win that springboards his name up the ladder.

“Obviously, with a win over Nik Lentz, it does great things for my career, but it’s not going to put me in the top 10,” Allen said. “That’s a little annoying, but it’s sort of the same thing. A fight is a fight. The plan is the same: to win.”

The 26-year-old from Suffolk made a habit of winning over the last half of the decade, coming out unscathed in his first six fights in the Octagon. 2019 was particularly important, as it was the first time Allen fought multiple times in a year and the first time he fought in America, that fight being a unanimous decision win over former Strikeforce and WEC champion Gilbert Melendez.

Although he is undefeated in the Octagon and hasn’t lost since June 2014, he admits his results haven’t been the most awe-inspiring.

“I think I’ve had a couple of boring wins,” Allen said. “(When) I’ve watched them back, I’m like, ‘I don’t want to watch that.’ Obviously, I want to be entertaining. That’s my aim, but also, more importantly, I want to win and climb the rankings.” 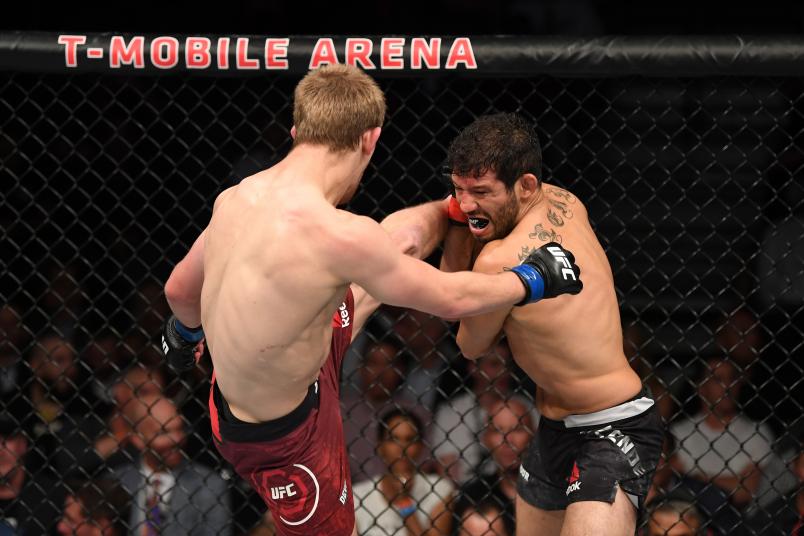 MORE ON UFC RALEIGH: Fight by Fight Preview | Fighters On The Rise

Even with that in mind, don’t expect Allen to throw caution to the wind just in hopes of swinging the fans over to his side. The only winning-over he’s concerned about is the bout at hand.

“I know people love the guys that come out and brawl and put their health on the line,” Allen said. “We all do when we get in there, but those guys still lose a few fights and get cut, and no one remembers them, and they don’t win titles, and they don’t get there. They have a couple exciting fights, but they don’t set a legacy. They set a legacy of being a good journeyman for some people, maybe, but I don’t want to be that guy. I want to go out and dominate, and I want to win, and obviously I want to find the balance and be fun too.”

You get the sense that, despite his frustration over losing his first shot at a top 10 fighter, Allen is remotely at ease with how his career is trending. After coming out victorious in his UFC debut back in 2015, Allen decided to use his newfound money to try out some of the more famous MMA gyms around the world. He landed at Tristar in Montreal and has trained with Firas Zahabi ever since.

He’s made a bit of a home up in Canada, where the likes of Georges St-Pierre and Rory MacDonald have trained, and he says the bitter cold helps with his work ethic. 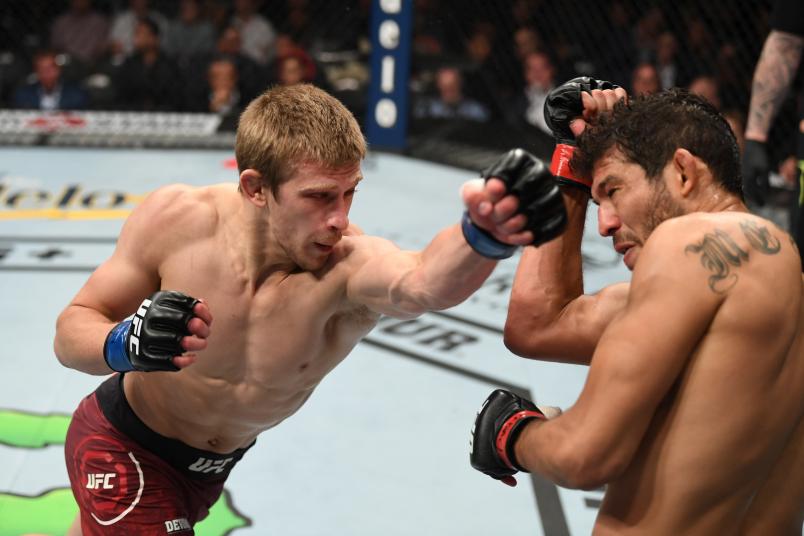 “I’m not there to go sit by the beach,” Allen said. “If I went somewhere nice, I’d probably be kayaking on the beach and just be sort of sitting there, chilling when I’m supposed to be training. When it’s minus-20 out, you’re going to the gym.”

The results speak for themselves, and yet, Allen doesn’t carry the same amount of buzz some of his fellow featherweight prospects might. His run of six straight UFC wins is only equaled in the division by champion Alexander Volkanovski and Zabit Magomedsharipov.

Allen believes his lack of exterior hype is due to his not having a penchant for talking. Although he admits he thinks he is overlooked, he doesn’t mind doing his work under the radar.

“I like being the dark horse in the division,” Allen said. “It’s nice.”

One way to create more buzz is to win fought frequently, and while Allen wants to get a few fights under his belt this year, he admitted he doesn’t necessarily intend to fight in London for the fourth time in the last five years. Rather, he just wants to relax back home and play with his Staffordshire bull terrier for the first time in six months.

The summer is a much more ideal timeframe for Allen, but don’t expect him to call out somebody should he win on January 25. Fresh off his 26th birthday, he said he isn’t in any sort of panicked scramble to get to the top of the division. Time can fly, though, and as Allen is acutely aware, so there’s always the potential that attitude changes.