Armen Petrosyan Expects A Big Future For Himself

UFC Debutant Armen Petrosyan Understands The Importance Of Earning A Win In His Trip To The Octagon And Intends To Make A Statement
By E. Spencer Kyte, on Twitter @spencerkyte • Feb. 25, 2022

“It was my dream to get to the UFC,” said the talented Muay Thai stylist, who makes his promotional debut this weekend against Gregory Rodrigues. “I had watched Dana White’s Contender Series before and knew that Dana awarded (promising) fighters. I was happy that Dana gave me a contract; it was a dream come true.”

While inking a deal to compete inside the famed Octagon represents a major step forward for the 31-year-old, little else has changed for Petrosyan in the four months since he stopped Kolev.

“Nothing special changed, but I got more fans,” he said with a laugh when asked about the changes that have accompanied signing with the UFC. 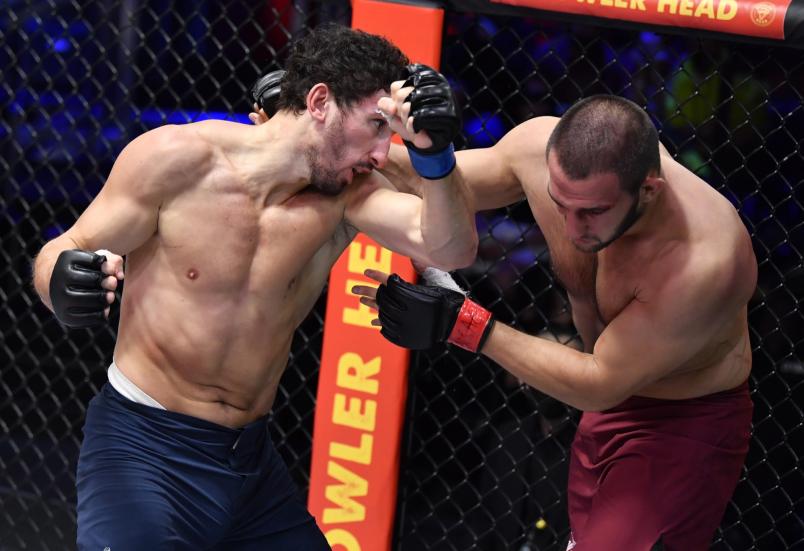 Increased notoriety is a given when an athlete joins the UFC roster, but it’s how they choose to deal with the greater spotlight and prepare themselves for actually stepping into the Octagon for the first time that says the most about a new arrival.

For the middleweight newcomer, he’s largely maintained the same approach that earned him the opportunity to compete at the UFC APEX last fall and secured him the victory over Kolev, with one notable exception.

As he embarked on his first UFC training camp, Petrosyan started the way he always does, working with his Muay Thai coach Vali Bazarov before moving to Dagestan to train under Rasup Magomedaliev at the Universal Fighters Gym.

But for the final couple weeks of camp, Petrosyan opted for the warmer climes and all-in-one training surroundings at American Top Team.

“I really enjoyed ATT,” he said of his time at the South Florida institution, which has been one of the top gyms in the sport for well over a decade and is home to an all-star cast of coaches and fighters across all weight classes. “I was welcomed (right away) and there are very good relationships between fighters.

“Having the opportunity to train with world-class athletes — I’m learning new things here; new training and new life experiences,” continued Petrosyan, who is 6-1 in his mixed martial arts career. “I plan to go to ATT again.”

Where many newcomers head into their first UFC appearance buzzing with anticipation and radiating nervous energy, Petrosyan is decidedly more measured, more composed.

It’s not that he’s not excited to officially step into the Octagon for the first time or doesn’t understand the gravity of the moment — it’s just that he believes Saturday will be the start of a long and successful tenure in the UFC and he is focused on making sure he gets things moving in the right direction this weekend.

“My UFC debut is a big step for me,” began Petrosyan. “I expect a big future here, in sports and in business. A debut win is very important for me; it opens many doors for an athlete.”

He’s absolutely correct that an impressive debut can do a lot for a new addition to the roster, but securing that victory on Saturday when he steps in with Rodrigues won’t come easy. 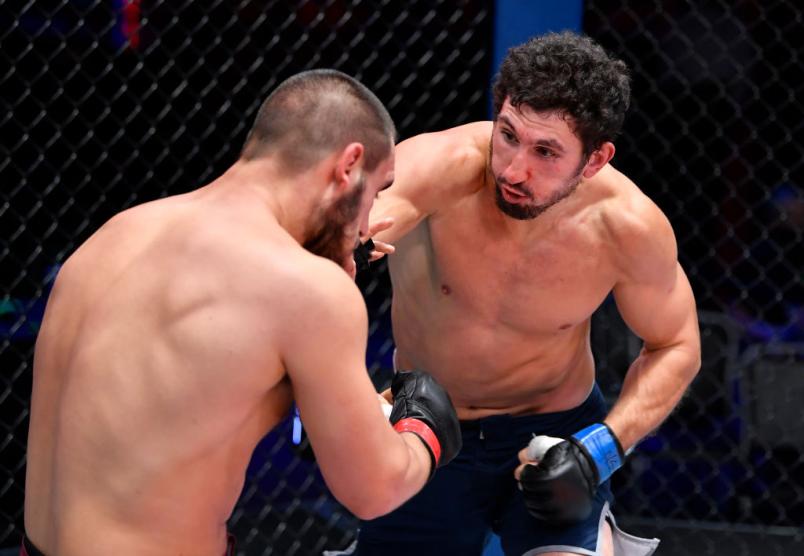 Although the Brazilian came up short in his attempt to earn a contract through the annual talent search competition in the fall of 2020, his appearance put him on the UFC radar, and when the Sanford MMA representative earned consecutive stoppage victories in his next two fights, he earned a call to the Octagon.

And “Robocop” has continued to lay down the law since matriculating to the biggest stage in the sport.

After earning a unanimous decision win over Dusko Todorovic in his promotional debut last spring, the 30-year-old returned to action in late October, securing a second-round stoppage victory over Junyong Park in an electric back-and-forth battle where his toughness and durability were on display as much as his already established power.

“He’s a good, tough, well-rounded opponent,” Petrosyan said of Rodrigues, who carries an 11-3 record and four-fight winning streak into their contest this weekend in Las Vegas. “I’m ready for his striking and wrestling.

“I see no problem in going the distance, but I will be ready to finish the fight,” he added. “I expect a knockout win.”

Making good on that forecast would catapult Petrosyan into the middle of the pack in the middleweight division, which has been front and center for the month of February and feels as wide open right now as it has in quite some time.

“This year, I plan to have three or four fights,” said Petrosyan, offering a glimpse at what he has penciled into his planner for 2022.

Halting Rodrigues’ run and impressing in his debut would certainly open those doors the newcomer was speaking of earlier and put Petrosyan in a position to continue maximizing his opportunities inside the Octagon.

Now all that remains is the fight itself.