Arman Tsarukyan: They Know I’m Going To Beat Them

UFC Lightweight Arman Tsarukyan Knows If He Piles Up Wins He Can't Be Denied By The Division's Best. His Next Step Comes At UFC Fight Night: Cannonier vs Strickland.
By Gavin Porter, On Twitter @ItsGavinPorter • Dec. 16, 2022

As he stood waiting for the judges to reveal their scorecards, there was no doubt in Arman Tsarukyan’s mind that he had defeated Mateusz Gamrot.

The 26-year-old lightweight believed he had won four of the five rounds in their main event showcase. But as the scores were announced he couldn’t believe it.

And he wasn’t alone.

“My fans told me that I won the fight, that it was a robbery,” Tsarukyan told UFC.com. “But it is what it is. It gave me motivation that I needed to train harder and to focus on my training camp.”

Shaking off the loss in his first UFC main event wasn’t difficult for Tsarukyan. He chose to use the fight as a lesson on how to pace his fight for 25 minutes and that he has to find the finish. Leaving the result in the hands of the judges is no longer an option. and that’s why he plans on going hard for the finish from the first minute of his next fight. 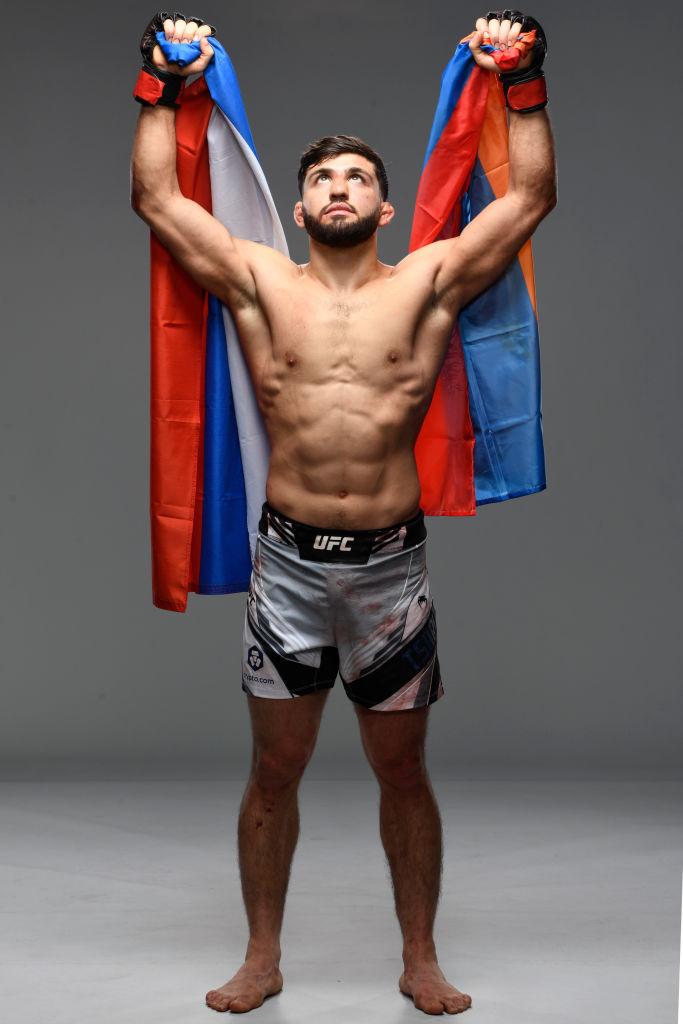 With that, he attacked training harder than ever, but that training camp would end up lasting almost six months he waited for an opponent to sign up to face him.

Getting a fight has never been easy for Tsarukyan, but now that he’s ranked in the Top 10, it’s been even tougher to get opponents game enough to sign the contract.

“[The guys in the top five] care about their career, and they know I’m going to beat them,” Tsarukyan said. “My wrestling is good, my striking is good, I can do everything during the fight and my conditioning is good. It’s difficult to have a fight with me and that’s why they don’t accept a fight with me.”

That’s when the offer came in for him to fight Damir Ismagulov at UFC Fight Night: Cannonier vs Strickland.

It’s a fight that wasn’t on Tsarukyan’s radar, as he shares a manager with Ismagulov and they’ve trained together. But being active is a priority for Tsarukyan and he couldn’t pass up the chance to fight before the end of 2022.

Since entering the UFC in 2019 Tsarukyan has fought a list of beasts at lightweight, including current champion Islam Makhachev, Joel Álvarez, Christos Giagos, Davi Ramos, Matt Frevola and Gamrot.

Check Out Everything That's Happening In The UFC Lightweight Division

Ismagulov has a similar journey so far in the UFC, as he’s 5-0 with the promotion (24-1 overall) and worked his way quickly into the UFC rankings. He notched his own impressive win over Joel Álvarez, along with decision victories over Alex Gorgees, Thiago Moises, Rafael Alves, and Guram Kutateladze.

This one is an important fight for the UFC’s lightweight division, as Tsarukyan currently sits at No. 9 and Ismagulov is slotted at No. 12. 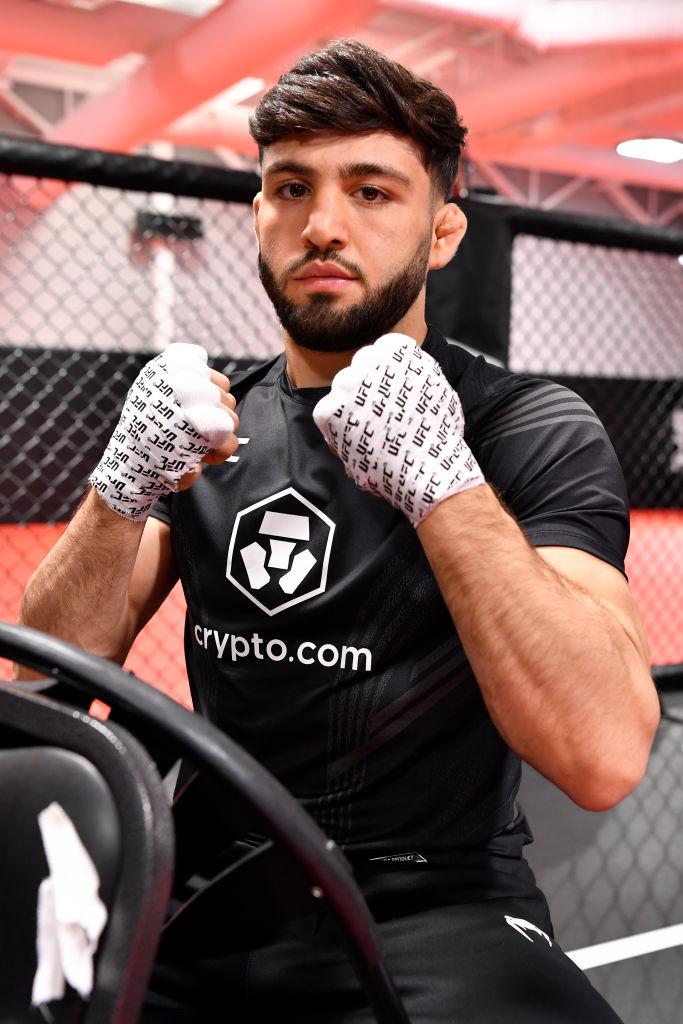 Arman Tsarukyan of Armenia has his hands wrapped prior to his fight during the UFC Fight Night event at UFC APEX on February 26, 2022 in Las Vegas, Nevada. (Photo by Mike Roach/Zuffa LLC)

Tsarukyan believes a dominant win over Ismagulov puts him right back into the mix to fight top five contenders in 2023.

“Not a lot of people know Damir but he’s a very tough opponent. He’s never lost in the UFC and if I beat him, they are going to say, ‘Oh he beat Damir number 12’, but he’s more tough than some guys in the Top 5 because he’s never lost and he’s doing good. He’s in good shape,” Tsarukyan said. “I know I got to beat him. I don’t have a choice, and after him I can call out someone from the Top 5 and the UFC will have to give me a good fight and big fight.”

Getting back on track after the disappointing result versus Gamrot is exactly what Tsarukyan needs. Not for his confidence, but for his plans on rematching Makhachev someday. He knows he has to put together a win streak and compete in big fights, and beating Ismagulov is the only way to make that rise happen.

Until that day comes and he gets his rematch with Makhachev, he expects fighters to dodge him.

“I want to fight because I want to be active, unlike some people from the Top 5. I want to make money and my goal is to fight Islam,” Tsarukyan said. “I just got to keep going and get victories and bonuses and one day the UFC will call me, and I will fight Islam. That has been my dream since I had my debut with him.”

And by beating Makhachev, Tsarukyan will be able to achieve his goal of becoming champion and he’ll get to call the shots.