Arlovski 2.0 is Enjoying the Moment 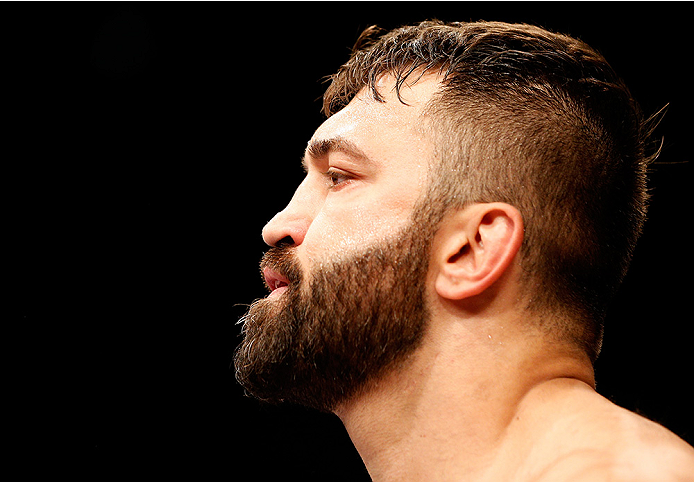 Andrei Arlovski would probably welcome a fight against someone he really doesn’t like - or at least doesn't like him - but given the respect “The Pit Bull” has earned over the course of his career, that may be difficult.

It would be easier for the mental game of the Belarus native though, considering that in May he fought a good friend in Travis Browne, something that he admittedly had issues with, while this Saturday he will meet up with another heavyweight he trained with – albeit briefly – in Frank Mir.

“I have nothing against Frank,” Arlovski said. “He used to train with us for a couple fights, and it’s nothing personal. It’s a business and I just need to do my job and that’s it.”

Friends or no friends, the Arlovski business is going pretty well these days, and as he gets ready for the UFC 191 co-main event in Las Vegas, the 36-year-old is closing in on a shot to regain the world heavyweight title many thought he would never get.

And who could blame them? After his first UFC run ended in 2008, Arlovski picked up a couple big wins over Ben Rothwell and Roy Nelson, but then dropped four straight from 2009 to 2011, three of those defeats coming by knockout. To predict that he would go 9-1, 1 NC in his next 11 bouts, with three wins taking place in the UFC’s Octagon, would have been the most optimistic of optimistic forecasts. Even Arlovski couldn’t have predicted just how well things are going. But he’s not complaining.

“This is awesome and I’m very excited,” he said. “I knew that I was going to come back to the UFC one day, and I’m in the UFC right now and I’m fighting top ten fighters, so I’m very happy.”

Yet while his return win over Brendan Schaub was less than thrilling, and his subsequent knockout of “Bigfoot” Silva more along the lines of the old Pit Bull, it was the thrilling first-round finish of Browne that made people believe that he could possibly make another run at the belt he held for a year from 2005 to 2006. But to get there, he has to turn back the challenge of a man he was expected to face a decade ago.

“I was supposed to fight him many years ago, but honestly, I didn’t think I was going to fight him anytime soon,” he said of finally facing Mir. “But the UFC gave me this opportunity and I’m going to face him on September 5th.”

It’s the SuperFight that never was, as a serious motorcycle accident put Mir on the sidelines and allowed Arlovski to take the title in his absence. By the time Mir returned, he wasn’t going to be the same fighter for a long time, and Arlovski had his own struggles before making his current comeback.  And back then, the Belarusian wasn’t too thrilled about facing Mir.

“It was an interesting fight for the fans, but at the same time, at that time it was a really dangerous opponent for me,” he admits. “He had beat Tim Sylvia and had a black belt in jiu-jitsu, and I was young and a little bit scared at that time. I’m still scared right now (Laughs), but in a good way, because only stupid people don’t worry.”

So expect a healthy dose of nerves to be rushing through Arlovski’s frame on Saturday night, just like the butterflies will be in the stomach of fans who have been waiting a decade for this bout.

“I’m definitely gonna be nervous,” he said. “He (Mir) is a very dangerous opponent. He’s top ten, he’s beaten tough opponents and I’m very happy for him. Him and me, we’re like old school guys and I have a lot of respect for him and I’m very excited about this fight. The victory is going to go to who trains better and who the better man is on September 5th.”

Arlovski expects that he will be the one leaving the Octagon with his hand raised this weekend. Nerves don’t affect his confidence, but experience has taught him that you pay attention to what’s in front of you before talking too in depth about title shots. That is the goal though, to complete this remarkable comeback story by winning a world championship belt once more. Is that the happy ending to the Arlovski story?

“It (the story) is not gonna end anytime soon,” he laughs. “It’s just the beginning of a new journey. The UFC has Arlovski 2.0 and I’m just getting better and better. I still have fire in my eyes, and I’m ready to go. It’s one step at a time. To beat Frank Mir on September 5th, and hopefully one day I’m gonna fight for the title.”