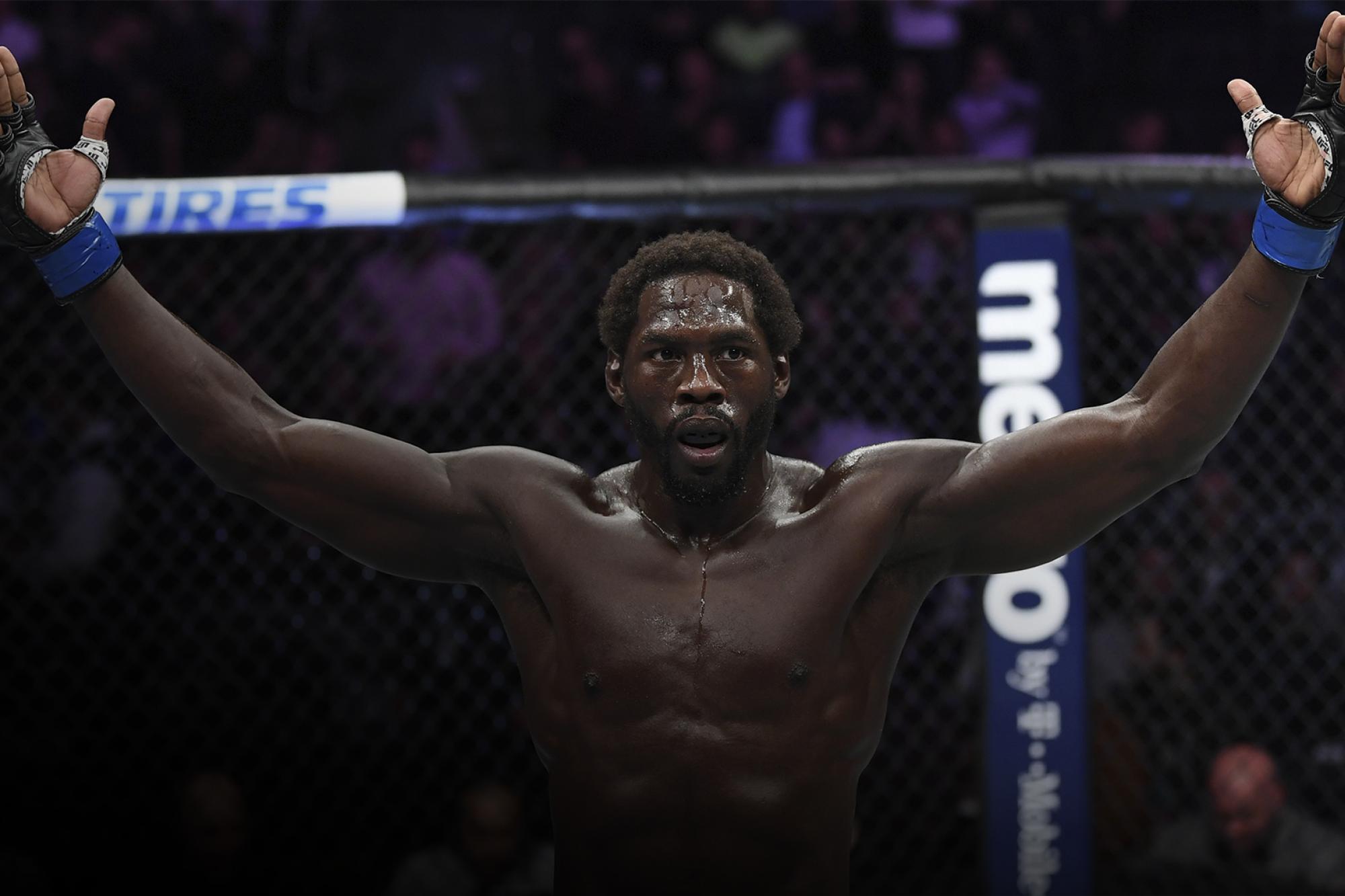 Anything Is Possible For Jared Cannonier

Once a heavyweight, Jared Cannonier will fight in the main event of UFC Copenhagen as a middleweight.
By Thomas Gerbasi, on Twitter: @TGerbasi • Sep. 26, 2019

Everyone daydreams about the future at one time or another. If you’re a professional prizefighter, there has to be a time when you ponder where you’re going to be in five years.

Nearly five years ago, Jared Cannonier was an unbeaten heavyweight from Alaska about to tackle the best big men the UFC had to offer.

Today, Cannonier has gone from one extreme to another, and that doesn’t just refer to his move from frigid Alaska to scorching Arizona. On Saturday, he headlines a UFC event in Copenhagen. That’s not the extreme part. What is extreme is that Cannonier will be in a main event against Jack Hermansson as a middleweight. Not a heavyweight, not a light heavyweight, but as a 185-pounder.

This couldn’t have been part of the five-year plan, right?

“I never consciously envisioned it, but I always knew that it was a possibility because I believe that any and everything is possible,” said Cannonier. “With the fact that I knew I wasn’t a match for heavyweight and I knew I would go down, at the time I was more set on light heavyweight and not necessarily middleweight. But I never discounted the idea.”

The openness to go wherever life takes him has led the 35-year-old to Denmark and the top ten of the middleweight division after back-to-back knockouts of David Branch and Anderson Silva, and he’s far from finished. That doesn’t mean he’s so focused that he can’t take a minute or two to appreciate what he’s done.

“I do that every day, taking a little bit of time to reflect on my journey but, more importantly, the things I have to do now to get to a better place.”

Given his success at 185 pounds and the opportunity for him to take out a top five contender in Hermansson, it may be safe to say that this is the final destination – at least weight wise – for Cannonier. So is this the best version of “Tha Killa Gorilla”?

“Absolutely not,” he said.

So welterweight is next?

“No, I wouldn’t say that,” he laughs. “But you’re going to see many versions of me at 185. I definitely believe that you’re gonna see better than I was at heavyweight and light heavyweight. And I credit that to the fact that I’ve just been getting better, not that I’ve gone down a weight class. There are other factors involved with going down a weight class: these guys aren’t as big, things like that, but again, I give the credit to my evolution as a fighter, as a martial artist.”

This was never more evident than in his May victory over Brazilian icon Silva, as he showed off a patient attack that ultimately rendered “The Spider” unable to continue after taking one too many kicks to the leg. Now he’s in Copenhagen to take on another top 185-pounder in Hermansson. It’s a top-notch way to end the UFC’s first visit to Denmark, and refreshingly, the excitement surrounding the bout is because of the matchup and not any bad blood or trash talk.

“I save all the theatrics for the Octagon,” said Cannonier, who has ended four of his five UFC wins by knockout, leading him to make a simple prediction when he’s asked about the outcome of his fights.

“When people ask me to predict fights, I say what’s likely to happen,” he said. “And in my fight, I know that I’m likely to hit you, and I hit pretty hard, so if I land the right shot, it’s gonna be night-night. I have that, among many other skills that I possess to be able to win a mixed martial arts contest, but it’s just confidence that I have in myself and the lack of confidence I have in other people, I guess.”

Cannonier laughs, unbothered when he has to deal with the inevitable questions about predicting his own fights, how training’s going, and what’s next. That maturity and focus on the things that matter may be the secret to him soaring to the top of the weight class and then being able to handle everything that comes with it.

“That’s definitely an ace in my pocket that I get to have being more mature,” he agrees. “And it’s definitely the right time because it’s happening now. I didn’t plan it to happen now; it’s just how everything’s playing out. And I don’t try to predict the future. One reason why I don’t like predicting fights is because I feel like the future is forever changing. Anything can happen. So I’m just going with the flow, as they say.”

So even though he’s coming off a win over a future Hall of Famer in Silva, getting emotionally invested in a battle with “Jack the Joker” was no issue whatsoever.

“It’s absolutely not tough at all,” Cannonier said. “I get excited for each and every one of my fights. I love what I do. I love to fight, and I love to compete against guys who are going to compete against me. It brings out another part of me that doesn’t necessarily come out during training. That’s something you can only see in actual combat. So I get excited for whoever I fight.”