Antonio Carvalho - A Debut Ten Years In The Making

"I’ve been through just about everything in this sport. And I don’t think it’s my time to leave just yet." - Antonio Carvalho 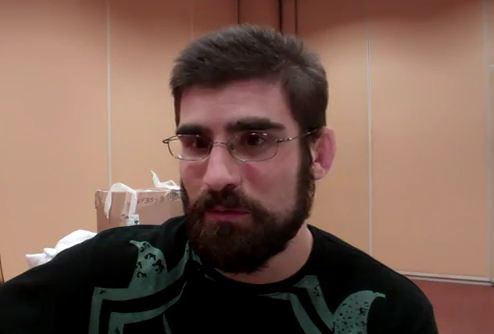 It’s been said that you need to be careful when you meet your heroes because sometimes they can disappoint you. But how is it supposed to go when you fight one? Debuting UFC featherweight Antonio Carvalho knows the answer to that question, and surprisingly, it’s not as bad as you might think.

In fact, the way he puts it, the whole scenario “was really emotional. It was the biggest highlight as far as my competitive life.”

I guess at this point it pays to go back a bit for a little history. Canada’s Carvalho, one of the unsung lighter weight heroes in the sport of mixed martial arts back when featherweights weren’t headlining UFC shows like they will this Saturday night in Rio, had gone to Japan in 2005 to face Takeshi Inoue in a Shooto bout.

At the time, the odds of making money or gaining any sort of prestige in North America as a 145-pound fighter were slim and none, but that didn’t deter Carvalho, an Ontario native of Portuguese descent who nearly made a career out of soccer when he was living in Portugal and playing for the Sporting Lisbon youth club.

“I think even when I started the sport, it was very underground,” said Carvalho, who turned pro in 2002. “Most of it was through the internet and that’s how we stayed alive for so many years. I was always a fan from the beginning, just getting VHS tapes from all sorts of events from around the world, and obviously when there was all the banning going on, I still made sure that I was keeping up to date on all the fighters. I just loved doing it. Back then there was very little money to begin with, and if you fought, you’d better love to fight because you’re not making that much money and you still had to work a regular job, which I did. I just made sure I had jobs where I could take the weekends off so I could go fight and have time when I could train.”

Unbeaten in his first seven pro bouts, Carvalho did find that Japan was a promising option though, and it was a place where he had the potential to make fighting a career.

“There was a time when the UFC didn’t have the lightweights, and then they didn’t have the featherweights or bantamweights,” he recalled. “That’s why I gravitated towards Japan - they had so many organizations running at the same time over there and so many fighters filtering through from all over the world. At the time, for the featherweights, that was the place to be. So I was happy to be competing and doing what I loved.”

He had to win though, and “The Lion” was no joke, as he was unbeaten at the time himself at 6-0. Carvalho wound up taking a three round majority decision win, but more importantly, he got to meet the headliner, his fighting idol and Japanese legend Rumina Sato.

“That was kind of surreal for me,” said Carvalho. “Rumina Sato was the headliner, and he was fighting Gilbert Melendez that night. When I saw him, I was like ‘oh man.’ To me, it looked like he was glowing, just this untouchable guy. I thought he was amazing and doing things, especially at that time, which made him like a human highlight reel for MMA. I was a huge fan and he was my hero.”

Carvalho picked up one of Sato’s highlight DVDs, and he made sure he didn’t leave Japan without getting it signed and telling Sato just how big of a fan he was.

Returning home, Carvalho lost his first pro bout via majority decision to Jeff Curran in November of 2005, but a month later, he got a call from Japan to fight again. The opponent? Rumina Sato.

“I was completely shocked,” he said. “But I had to take the opportunity.”

“I was so star-struck when I got in there that I almost got KOed right off the bat,” said Carvalho of his bout against Sato. “I spent a lot of time on my back, defending punches and submissions, and eventually I thought to myself, ‘yeah, he’s my hero, but I think I’ve got to do something here.’ And somehow I managed to reverse the position and I ended up putting him away.”

It was a moment that Carvalho believes will never be topped.

“I never believed I would ever have the chance to face him, much less defeat him in a match,” he said. “It was the ultimate high for me in the sport.”

Carvalho would fight four more times in Japan, with the only win being a big one over current UFC featherweight Hatsu Hioki, and after a June 2008 loss to Yuji Hoshino, he had reached the end of his MMA rope.

“Injuries piled up,” he said. “It got to the point where I was so injured, and so burnt out, and so tired with everything that was going on in life in general. After I lost my last fight in Japan, I pretty much thought that was it.”

His hiatus from the sport would last less than two years, with rest and healing doing wonders for him mentally and physically. He returned to the gym to work with longtime friend and coach Justin Bruckmann, and eventually, he decided to fight again.

“The fire sorta came back, and when I started doing well again and my body was getting stronger, things started falling into place and that’s when I decided to come back.”

Three wins into the comeback that began in March of 2010, the 32-year old got the call he had waited years for – he was a UFC fighter. And while he was scratched from his expected debut against Yuri Alcantara at UFC 134 last August due to injury, he will finally step into the Octagon on Saturday to face Felipe Arantes at UFC 142. It’s been a long, interesting trip to make it here, and Carvalho is eager to write the next chapter of this story.

“I’ve been through just about everything in this sport,” he said. “And I don’t think it’s my time to leave just yet. The UFC gave me this chance, they found space for me on their roster, and this was kind of the last goal. That’s not to say things might not change in the UFC – I’m gonna take everything one fight at a time. But I don’t look that far ahead, I’m not looking past the guy I’m fighting, and the truth is, if I don’t perform now, then it just means that I’m just not as good as the other guy. It’s that simple, and I have no excuses. I had a great camp, great people around me, it’s time for me to perform, and if I don’t, then maybe it’s time for me to leave.”