After a year of "torture," Antonio Carlos Junior is loving every part of coming back.
By E. Spencer Kyte • May. 14, 2019

That’s the word Antonio Carlos Junior landed on when asked to describe what the last year of his life has been like.

Entering 2018 on a four-fight winning streak, the former TUF Brazil winner kicked off his year with a first-round submission win over veteran Tim Boetsch in April. Not only was it his second consecutive first-round finish and his third straight victory by rear naked choke, but it also felt like the moment the collective MMA world finally recognized him as a developing threat in the middleweight division. 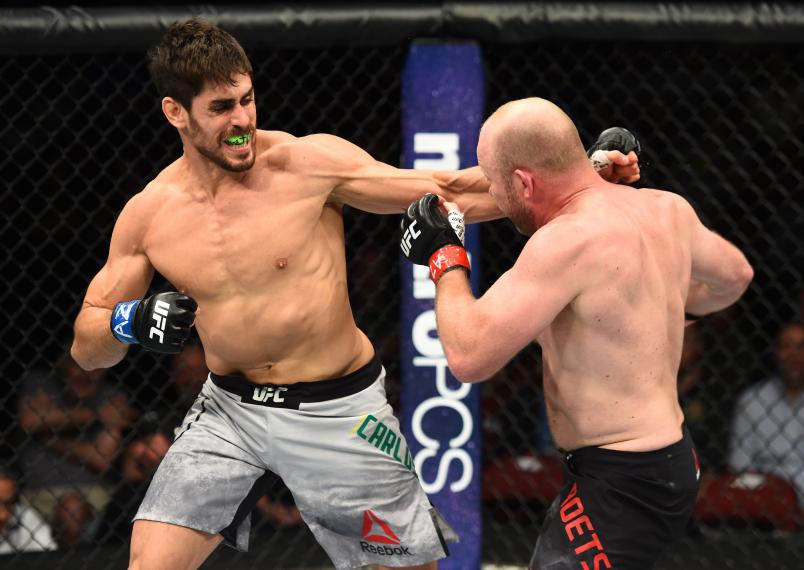 Four years removed from winning the heavyweight competition on the third season of the Brazilian edition of The Ultimate Fighter and a pedestrian 2-2-0-1 start to his UFC career, the man affectionately known as “Shoe Face” was finally putting it all together and starting to make some headway in the 185-pound ranks.

Following his win over Boetsch, the now 28-year-old was booked to face perennial contender and dangerous Top 10 fixture Derek Brunson, but a month before the bout, Brunson was forced out with an injury. After getting booked to face Elias Theodorou in September, it was Carlos Junior’s turn to withdraw due to an injury and then shortly after the duo was added to the fight card for UFC 231 in Toronto, things went from bad to worse for the surging submission specialist.

“That was my first surgery and I hope it’s the last one,” said Carlos Junior, who underwent a procedure on his shoulder that prolonged his stay on the sidelines. “It was frustrating for me because I wanted to be there.

“Injuries are always hard, especially for high-level athletes, because you’re always training and now, out of the blue, you have this injury and you have to stop. I used a sling to hold my arm for a month-and-a-half and it was torture for me. I couldn’t expend my energy. I’m used to going to the gym two times a day and now I’m stuck at home. 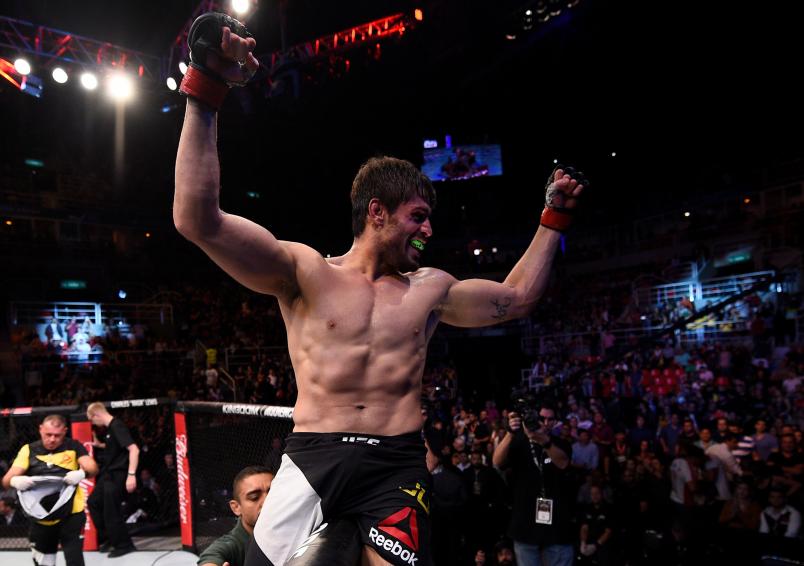 “It was a really hard time for me not being able to do what I love to do and watching guys in my division fight while I was just sitting at home,” he added. “A lot of things happened in my division — a lot of moving around —and seeing that made for a pretty hard time.”

While Carlos Junior sat at home convalescing, the winds of change swept through the middleweight division, with Israel Adesanya ascending to claim the interim title, Jack Hermansson establishing himself as a bona fide contender, and Jared Cannonier announcing his presence, while a handful of tenured talents from the 185-pound ranks, including former champion Luke Rockhold, relocated to light heavyweight.

It was the perfect opportunity for a fighter on a solid winning streak and showing the best form of his career to catapult himself into title contention with another solid win or two, but instead of working on his skills and stepping into the cage, the 29-year-old was forced to watch as the division moved forward without him.

“My surgery was the same day Elias fought Eryk Anders,” he said. “I watched at the hospital and for me, that was torture because I wanted to be there. I saw my good friend ‘Marreta’ (Thiago Santos) win his fight and Elias beat Eryk Anders that night and it was torture.”

The difficulty of being forced to watch from afar is why Carlos Junior rejected the idea of waiting until July in order to make his return against a ranked opponent and instead opted to get back in the cage this weekend in a dangerous matchup against UFC sophomore Ian Heinisch. 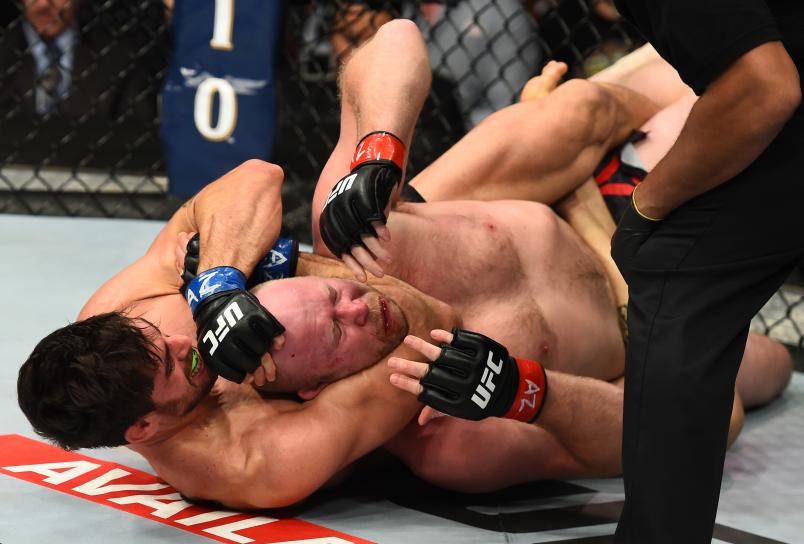 “Some people have asked me, ‘You didn’t want to wait to face a ranked guy?’ but I talked to the UFC and said, ‘Give me anybody — I just want to fight.’ That’s what I love to do,” explained Carlos Junior, who carries a 11-2 record with one no contest into his main card meeting with the Factory X Muay Thai product on Saturday night at Blue Cross Arena in Rochester, New York. “I just want to fight. I don’t want to wait.

“They asked me if I wanted to wait until July so I could fight a ranked guy and I said, ‘No, no, no — please, give me anybody, just so I can fight.’ I know there are no easy fights in the UFC, but the champion has to face everybody — you’ve got to beat everybody if you want to be champion — so it doesn’t matter who I fight.”

Heinisch is another one of the fighters who took advantage of the opportunity to make hay in the middleweight division last year while Carlos Junior was on the shelf.

More UFC Rochester: On The Rise | Fight by Fight

After scoring an impressive first-round stoppage win on the Contender Series, the 30-year-old Colorado native replaced Tom Breese on eight days’ notice in a matchup against Cezar “Mutante” Ferreira in Buenos Aires, Argentina.

Despite the long trip and abbreviated time to prepare, Heinisch looked right at home inside the Octagon, earning a unanimous decision win over the Brazilian veteran, establishing himself as someone to watch in the middleweight ranks in the process.

“I see a guy who moves a lot and looked strong,” said Carlos Junior, giving his thoughts on the man he faces this weekend. “He did great against ‘Mutante’ — it was a close fight and I like what he showed in the third round. He’s got a good gas tank, good stamina, and he’s always putting pressure on his opponents in every fight I’ve seen. But I saw some holes in his game too. 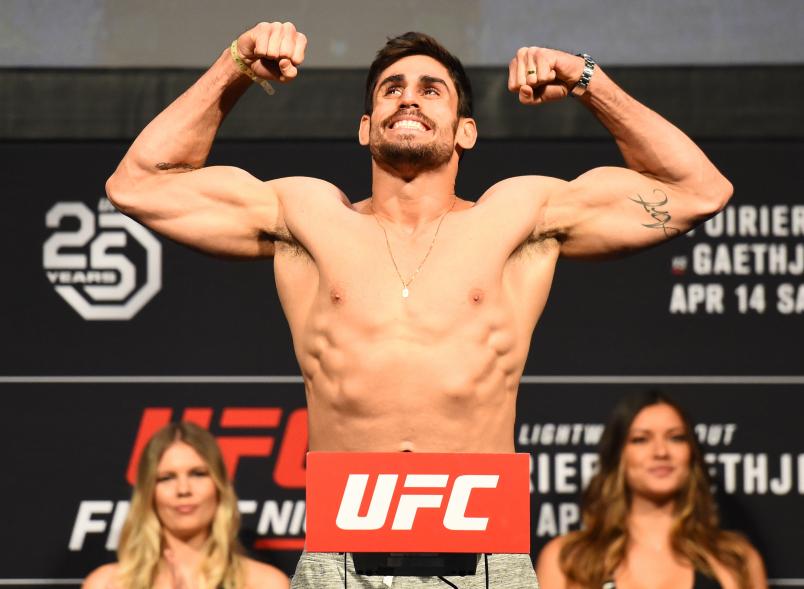 A Brazilian jiu-jitsu world champion and arguably one of the top grapplers on the entire UFC roster regardless of weight class, what had made Carlos Junior such an intriguing figure on the edge of the middleweight title picture prior to his injury last year was that he was finally starting to put everything together and show how truly dangerous he can be inside the cage.

Although he had shown power in his hands during his time on TUF Brazil, where he scored a pair of knockouts before submitting Marcos Rogerio de Lima to advance to the finals, his striking had always been a work in progress. But over his last few fights, the progress was starting to show.

While he’ll always play to his greatest strength and look to strangle the opposition on the canvas, Carlos Junior is committed to continually improving the other facets of his game, using something newly minted welterweight champion Kamaru Usman once said as his inspiration.

“I heard something from Kamaru Usman that I liked. He said, ‘Maybe I’m not the best wrestler or the best striker, but I’m the best at MMA,’” recalled Carlos Junior. “I am the best in jiu-jitsu, but I also want to be the best in MMA.

“I knocked some guys out in the house and that was at heavyweight, so I’ve got some power in my hands and I’ve been working to develop every single aspect of my game. I’ve been working with Anderson Franca, Edson Barboza’s coach. He said, ‘You’ve got a powerful kick; you’ve got to start training that,’ so we started training that and I feel like I’m getting better and better every day.

After a torturous 12 months away from the cage, Carlos Junior is finally on the brink of getting back in the cage and doing what he loves once again.

“I can’t wait. I even miss the feeling of making weight,” he said with a laugh. “I’m happy I’m on my diet because it means that I’m back, so this is just an unbelievable time.

“I love doing this,” he added. “I can’t wait until Saturday.”