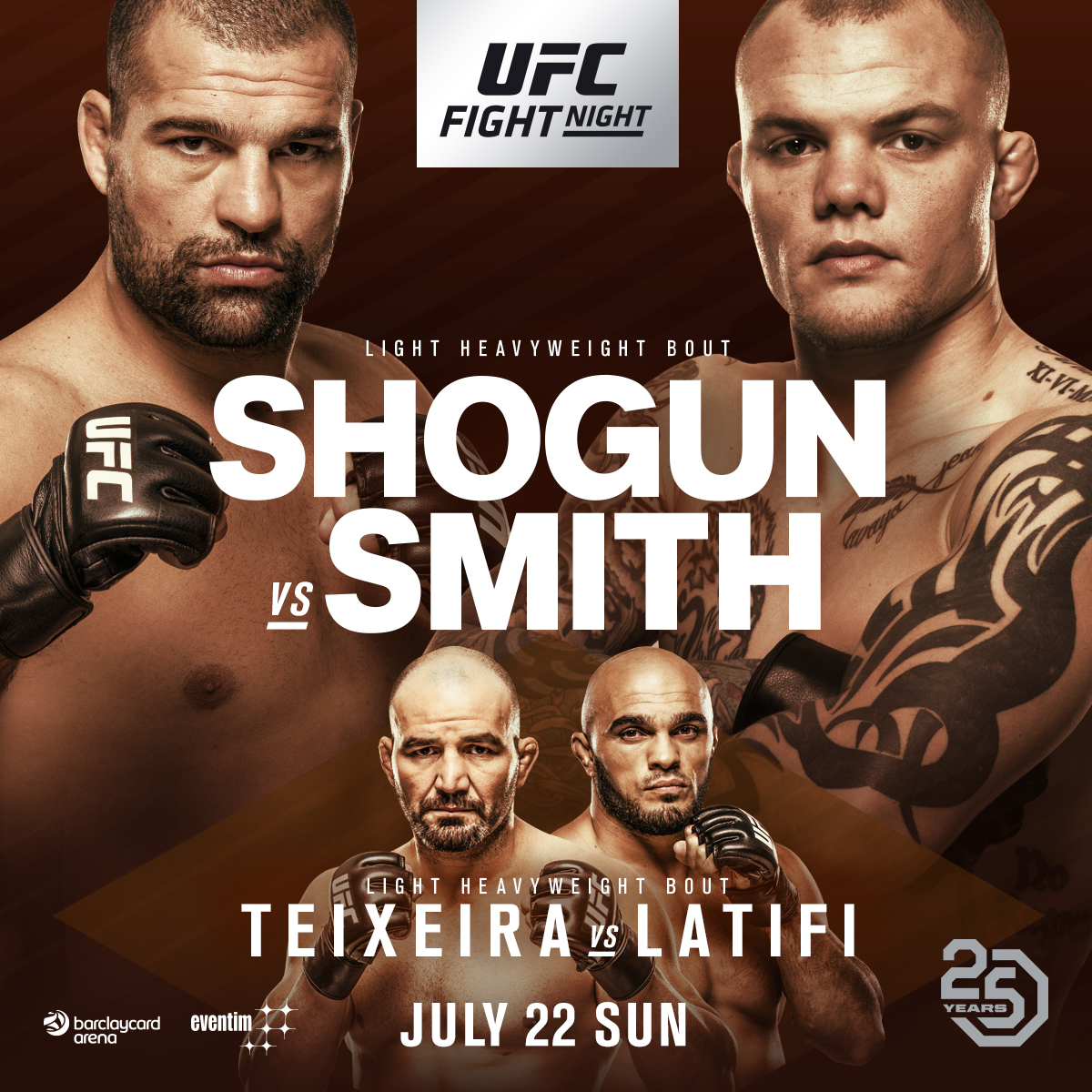 London, UK - UFC® today announced that light heavyweight Anthony Smith will step in to face legend of the sport Mauricio “Shogun” Rua in a five-round main event battle in Hamburg on Sunday, July 22nd. Smith will replace Volkan Oezdemir who was forced to withdraw from his scheduled bout due to visa issues

Coming off an explosive first-round knockout of former UFC light heavyweight champion Rashad Evans just last month, Smith (29-13; fighting out of Omaha, Nebraska, USA) will face his toughest test to date when he finds himself across the Octagon from No. 8-ranked light heavyweight Shogun Rua. The ambitious and rising American star will be looking to put on a dominant performance at the Barclaycard Arena and show he deserves to be ranked alongside the best in the division.

Tickets for the UFC FIGHT NIGHT®: SHOGUN vs. SMITH  are available now via Eventim (eventim.de/ufc).

Keep up to date with the latest news and announcements about #UFCHamburg by following @UFCEurope on Twitter.