As his UFC 261 bout against Jimmy Crute approaches, Anthony Smith is happy. That’s probably bad news for the Aussie up and comer.

That wasn’t always the case, though, and after a tumultuous 2020 campaign in which he dealt with a home invasion in April, a loss to Glover Teixeira in May and a second straight defeat at the hands of Aleksandar Rakic, Smith had to ask himself some hard questions while also seeking answers outside of his circle.

“I don't want to say that I'm one of these guys that struggle a lot with my mental health, but I think in 2020, everyone kinda struggled with their mental health a little bit,” said Smith. “And if I've got some s**t I'm struggling with or my brain is occupied with other stuff, it typically comes out in my fights. So I worked really hard and I spent a lot of time with my therapist, essentially just unloading everything that was on my mind - the break-in, the repercussions of that on my family and COVID in general.”

It was a courageous move from a fighter known for his courage in the Octagon, and the way he sees it, there weren’t too many options for him as he looked to turn things around in his career after his first losing streak since 2013.

“I just didn't have another choice,” Smith said. “Doing it my way wasn't working. I was a year in and I wasn't any better at the end of the year than I was at the beginning. So that was really my only option. I'm one of those guys that always did it my way and I never gave a s**t too much about what people think about me. And honestly, everyone that I'm around - the circle I'm surrounded by - they were all super supportive of it, so fortunately I didn't have to deal with too much. But it was a year of trying to suck it up and I was just miserable, so I didn't have a choice.”

The willingness to seek help shows the maturity of the 32-year-old father of three, something he admits wasn’t always the case.

“So many things piled on and I just wasn't dealing with them well, and that's how I've always been, even as a young kid,” he said. “I never dealt with anything. I'm the guy who's always okay, there's nothing ever wrong, I'll handle it. And eventually that cup gets too full, and it overflows.”

And from the third round of the Teixeira fight on, Smith knew things were going south.

“I lost the Glover fight and then it just kept spiraling,” he said. “And then I lost the Rakic fight, and the worst part is neither one of those guys is better than me. Do they do things that are better than me? For sure. But if you look at the first two rounds of the Glover fight, that's who I am and it wasn't even close. And then you lose and you feel so stupid. The Rakic fight, I watch that guy fight and there's not anything he does that's impressive to me and then I lose to him. It's a spiral. It's one thing to sit back and let the dust settle; but to put any kind of work into fixing whatever's going on in your head is a different thing.”

So he did it, and he was happy again. And ready to punch somebody in the face. That somebody was Devin Clark. It was the kind of fight Smith probably needed, a low-key return on the undercard of the November 28 bout between Derrick Lewis and Curtis Blaydes. But then that main event was scrapped, and soon Smith was in his seventh consecutive main event. Low-key was now out the window, but “Lionheart” didn’t care. 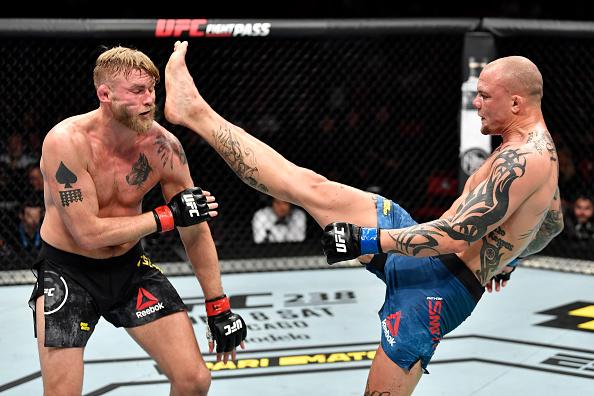 “I knew the place that I was in mentally, it was gonna take Devin Clark and five of his friends to beat me,” said Smith, who looked as sharp as he ever has in submitting Clark just past the midway point of the first round. “I knew that I was better than him, but I was also in a mindset, for lack of a better term, of ‘Not F**king Happening.’ It didn't matter how bad it went, what kind of s**tty situations I ended up in. I was back to that old 'Lionheart' mentality. You don't got enough.”

The victory earned Smith his fifth Performance of the Night bonus, and with his mojo back, he was ready for the next big fight, one that will open Saturday’s UFC 261 pay-per-view main card. The matchup came as a surprise to some, given the former world title challenger’s name recognition and his spot in the Top 10, but none of those questions came from the mouth of Smith.

“I asked for this fight,” he said. “I wanted these young guys, they gave me a couple names and he was the toughest one. I'm trying to dispel that whole I ‘only beat the old guys’ thing. I want the most impressive wins, and Jimmy Crute's the one that nobody wants to fight. That's why he was available. And he's tough. He's gonna come hard, he's young, he's confident, he thinks he's the best in the world, and those are the guys that I gotta beat. When the fight's announced and there's people all over the internet saying he's gonna beat the s**t out of me, that's the guy I want to fight.”

But what’s the upside for the No. 6-ranked Smith when facing the No. 13-ranked Crute? It seems like the one with everything to gain is the 25-year-old graduate of Dana White’s Contender Series, but the Nebraskan disagrees. 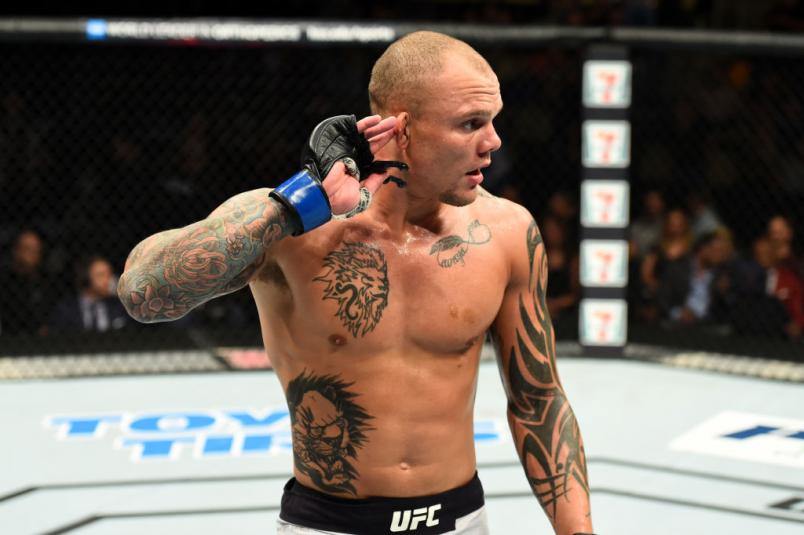 “I get the opportunity to start calling people out now,” Smith said. “It's tough when you're coming off losses; you can't really ask for anything. The I did what I was supposed to do to Devin Clark. Now I got a ranked guy who's close to the top ten who's got a lot of hype behind him. I go over there and I do what I think I'm gonna do to this guy, I can start asking for s**t again. It wasn't that long ago when I was in a place where I got whatever I wanted, and we gotta get back to that.”

In his eyes, making a statement this weekend is the way to do it, and with the world watching the stacked UFC 261 card, he’s got the platform he wants. But will having a 50 to 13 edge in pro fight experience be the telling factor in what happens in Jacksonville? Smith believes it will.

“Think of it this way: he doesn't know anything that's gonna put me in a place where I'm confused,” he said. “He doesn't know anything that's gonna be new to me. He's not gonna take me anywhere that I haven't already been. And I'm okay in those dark, deep water, holy f**k situations. I'm totally fine there. And that's not something he can say. Guys like me, that are super experienced at a high level, there's no surprise, no fear of the unknown, and there's a lot of stuff that he doesn't know. And that's not his fault, he's young. I think that he's extremely talented, I'm actually a fan of the way that he fights because he doesn't hide anywhere. He'll engage me everywhere, but I've been fighting like that for 14 years. That's how I've always been. I like the way he fights because I think it's very similar to me. I think he's good enough to get himself into lots of trouble; I don't think that he's good enough to get himself out of it.”