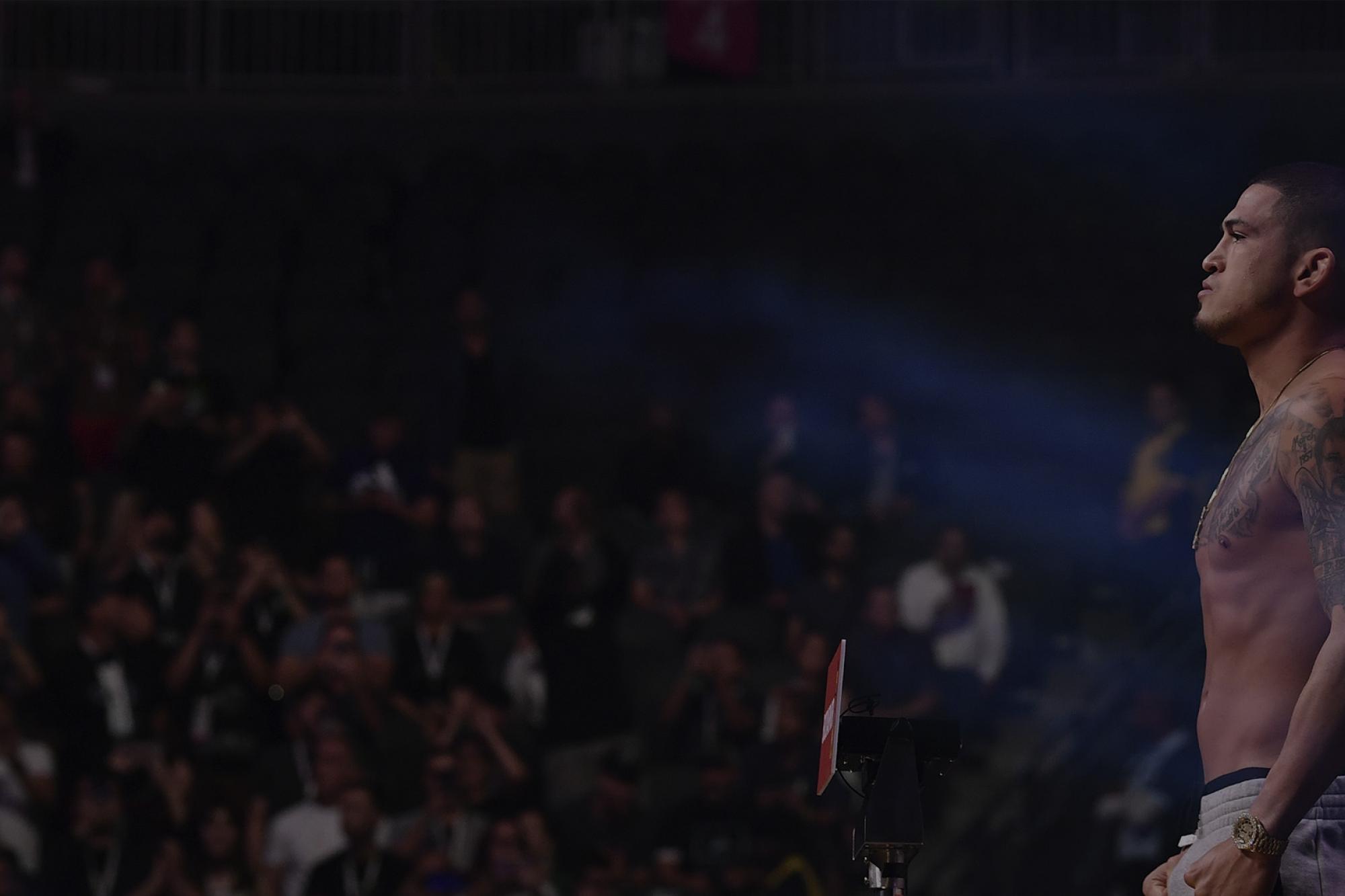 Anthony Pettis: The World Has To See This

"It’s beautiful to watch and two guys that can do it, it’s something that the fans have to see. Like the world has to see this.”
By Gavin Porter • Mar. 19, 2019

There are few fighters on the planet as exciting as Anthony Pettis.

And at 32 years of age, the former UFC lightweight champion feels like he has plenty left in the tank.

Anthony Pettis wants to show the world that weight won't matter when he faces Stephen Thompson in the main event of UFC Nashville.

Part of the reason that “Showtime” is feeling so good is his decision to jump up to welterweight. Pettis fought at welterweight before his WEC days and with the current log-jam at 155lbs he felt that this way the time to make a move.

“I feel like at 170lbs I’m not preparing for a weight cut I’m preparing for a fight,” Pettis said. “I’m healthy, I feel good, I’m not drawn out, I’m not dehydrated and I’m ready to fight. My head’s clear and that’s the best thing.”

In addition to the difficult cut down to make the lightweight limit, Pettis has fought the majority of the guys at the top of the division already.

On Saturday March 24th Pettis will be welcomed to 170lbs by former title challenger Stephen “Wonderboy” Thompson. The two are set to throw down in a thrilling match-up full of striking and creativity. It’s a match-up that excites Pettis.

“Wonderboy’s success with his karate in the Octagon is one of the reasons I chose this fight,” Pettis said. “I’m a fan and I’m a fan of that style because I brought that style in as well. The range fighting, the points, not getting hit and the movement. It’s beautiful to watch and two guys that can do it, it’s something that the fans have to see. Like the world has to see this.”

UFC: You’re coming into the division at an interesting time. Kamaru Usman recently defeated longtime champion Tyron Woodley and there are a couple of fighters on nice win-streaks. Where do you think you are going to fit into this talented group?

Anthony Pettis: Well you see where I jumped right in. Number four in the world. I’m not going to fight somebody top 20. The biggest reasoning behind that, a lot of people were asking me that question as well, 155lbs is jammed up right now. There is a lot to wait on and I fought pretty much everyone in the top 10. I’m not fighting backwards.

UFC: What do you think the fight between you and Wonderboy will be like? What can fans expect?

AP:  I think it’s gonna be a chess match. This guy is very smart with his attacks, he sets everything up, he’s not a wild dude and you know everything is for a reason. I think he is underestimating how big I’m going to be in there, how strong I’m going to be in there. I’m way above him in the grappling division. I don’t see it turning into a grappling fight but it’s kind of up to him. If he wants to make it into a grappling fight I’m ready for that. My game plan striking is going to shock the world. I feel like the way I’m going to attack this fight, no one has seen it before and I’m just going to continue building off of this.

AP: I can’t let him control the range. If he controls the range, that’s when it’s an easy fight. And for me, it’s the same thing. Exactly what he looks for is exactly what I used to look for. The range fight, pick my opponents and then the wrestlers started making it harder to do that game plan as where he had the success with it. So I feel if I let him dictate the range, dictate the pace then it’s going to be a tougher fight for me but I’m excited to go out there and do what I’ve been practicing.

UFC: What does the move up to welterweight mean for your career?

AP: This is a new chapter in my career. Look who I’ve fought. I’ve fought the whose who of the UFC. The top of the 145lb, the top of the 155lb and now the top of 170lb. And for me it’s just the challenge. I like the challenge of the excitement of a guy like Wonderboy standing across the cage from me. It makes me motivated to train. And honestly my mindset. Where my mind is at right now, I see everything. When I won the belt I was too immature to understand what I was doing. I didn’t even understand how I was winning these fights but I was doing it. I thought it was because of how I good I was. I tried to rely on how good I was and now I’m losing to guys who are doing the details, the little things right that make these fights a win or a loss.

UFC: What’s an important key to victory for you in this fight?

AP: Details. I can’t think about landing a punch, landing a kick it has to be controlling these little positions that’s going to allow me to land this kick eventually. I can’t be greedy. Initially I’m not going to go out there greedy I’m going to be persistent, I’m going to be consistent with my game plan but I can’t be greedy. I have to let it marinate, let it mature then once it’s there then look for the knockout. Like I can’t go for it right away. That’s the stuff that I’ve been talking about, the patience and the understanding of how to train for that. It’s like a different level of cardio, where it’s a mental cardio. Like I can’t break this mental cardio, it’s not a physical thing. I just have to be able to do this for 25 minutes and then I might get one minute of him breaking then I show it.

The main card for UFC Fight Night – Thompson vs. Pettis starts at 8pm/5pm ETPT on ESPN+. Make sure you tune in to find out if Pettis’ welterweight debut goes according to plan.