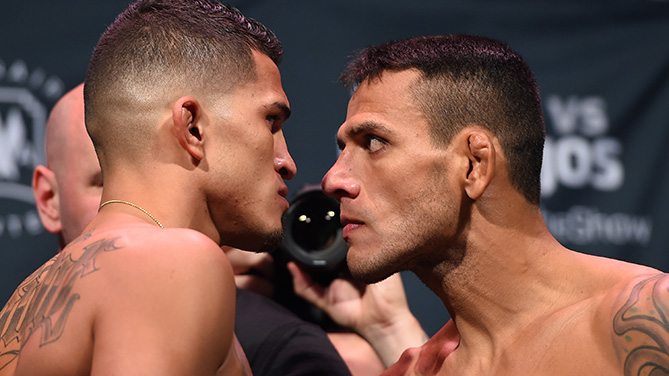 It’s a bit cliché to say that all the talking is finished and that Anthony Pettis and Rafael dos Anjos are ready to fight – but it’s true.

Both fighters sat about 10 feet from each other for Ultimate Media Day on Thursday, and Pettis said that just seeing his opponent made him want to get inside the Octagon.
> MORE UFC 185 CONTENT: Latest Episode of Embedded | UFC 185 Preview | Weigh-in Results | "Showtime" Feature | dos Anjos Feature | By The Numbers

On Friday, the tension continued to mount, as Pettis and dos Anjos locked eyes for an intense staredown at the UFC 185 weigh-ins.

All the ingredients are there for a great main event at UFC 185; two fighters in the prime of their careers.

Pettis: the super talented champion. And dos Anjos: the veteran, who is at the top of his game after beating some of the lightweight division’s elite over the past year. 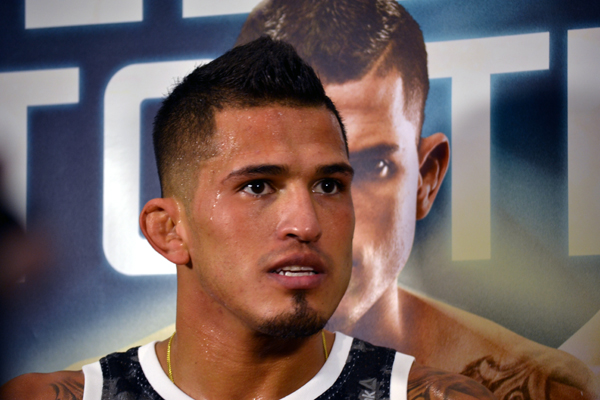 Pettis has shown respect for dos Anjos throughout the lead up to this fight. He said this is the toughest test of his career.

“I definitely think this is going to be my toughest fight,” Pettis said. “He doesn’t quit; he just keeps coming forward. If I rock him or hurt him, he’s still gonna try to finish this fight.”

So Pettis has developed a specific plan when it comes to dos Anjos: test the Brazilian’s cardio in the later rounds.

“I think he slows down in the later rounds,” Pettis said. “He’s not the same after round one. I have to bring it hard, weather the storm, and then plead my case for why I’m better than him.”
> WATCH: The Pettis Bros - Quiz

Dos Anjos’ plan may be an indication that Pettis has scouted his opponent well, as the No. 1 contender wants to come out hard and take the fight to Pettis immediately. 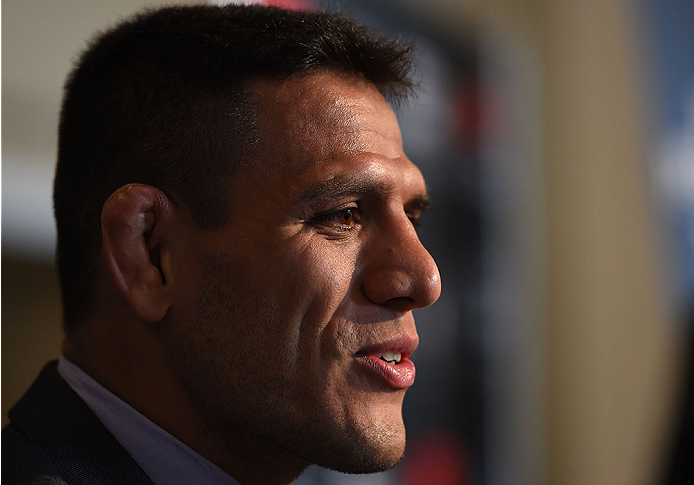 The theme of the week for dos Anjos has been his attitude about his title shot. He doesn’t seem to be affected by the gravity of the moment he’s in, and he said he feels no pressure.

Dos Anjos said every fight is the most important, because if he would have lost any of his recent bouts he wouldn’t be in this position.

That activity is what dos Anjos said will be the difference on Saturday night.

“He do so many different kinds of kicks and punches,” dos Anjos said. “He’s not afraid to do that and take those risks. I think I’ve been fighting more and being active.”
> WATCH: Rafael dos Anjos - Family Man 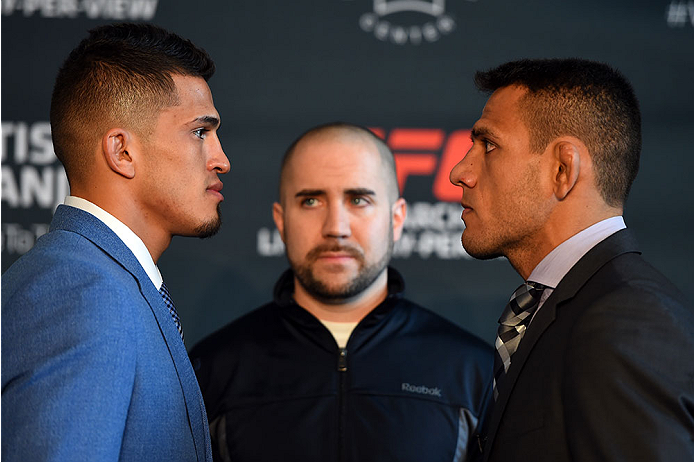 Pettis said that, despite his significant confidence, he knows every man can lose on any given day. In MMA, anything can happen, but the Milwaukee native doesn’t see himself losing anytime soon.

“I’m the champ, he better know what he’s going up against,” Pettis said. “He knows what he needs to do and what he has to do – but can he do it? Can he go out there Saturday night, withstand what I’m going to do to him, and come out with his hand raised? I don’t think so.”