“I’ll definitely do my best to punch a hole through his skull. I’m just going to go out there and fight. That’s all I know how to do.” - Anthony Johnson 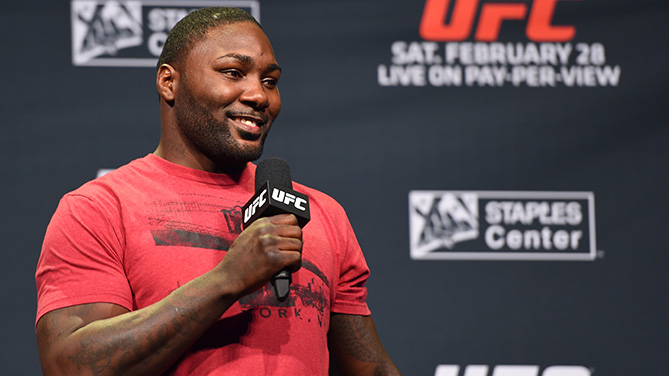 A little more than a month after destroying Alexander Gustafsson in Sweden, Anthony Johnson faced another Swedish challenger on Friday at the UFC 184 Q&A session – a UFC fan from Sweden.

“Rumble” apologized for what he had to do against Gustafsson.

“I’m sorry. I didn’t mean to shut down a whole country,” Johnson said, apologetically. And the crowd that gathered to greet Rumble as the special UFC 184 Q&A guest at L.A. Live’s Event Deck erupted in laughter and applause. 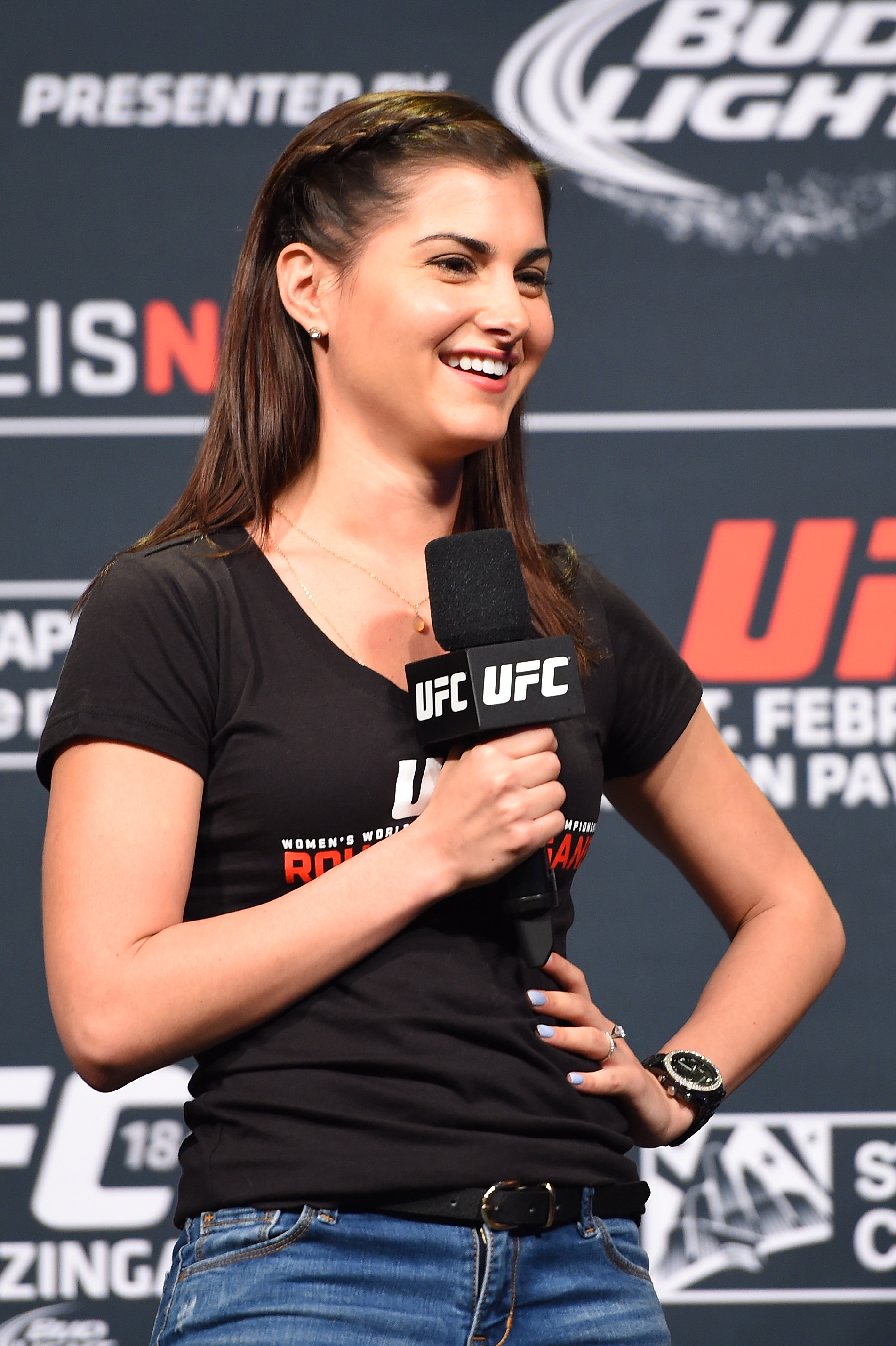 Johnson’s Swedish fan nemesis told him, yes, there is something he can do to atone for beating Gustafsson: “Just promise me that you’ll beat the s**t out of Jon Jones,” she said.

Johnson, the No. 1 contender for Jon Jones’ UFC light heavyweight title, said he is going to do his best.

Johnson told fans he feels he presents a challenge to Jones that no other fighter has ever has, making him the most serious challenger to the man that’s turned away every single contender that’s been put in his path.

“Rumble” even has a self-made blueprint he’s constructed to have success against Jones, and it’s like every plan he’s ever had going into a fight – shear destruction.
“I’ll definitely do my best to punch a hole through his skull,” Johnson said. “I’m just going to go out there and fight. That’s all I know how to do.”

At 205 pounds, Johnson has quickly developed a reputation for some of the scariest power the division, and the sport, has ever seen. When he touches his opponents, they feel it.

Nobody has ever done to Gustafsson what Johnson did to him – and to do it in less than five minutes makes him a serious threat to Jones’ championship reign.

But fans got to see the softer side of Johnson on Friday. He spoke about what motivates him to succeed – giving credit to the fans, who he said have always had his back, and to his grandmother.

“She prances around town like she’s high and mighty because her grandson is on TV,” Johnson said. “As long as I can put a smile on her face, I’ll keep fighting. She’s been to two fights. (In one fight, the guy) had me up against the cage, and it just happened to be the side that she was sitting on. 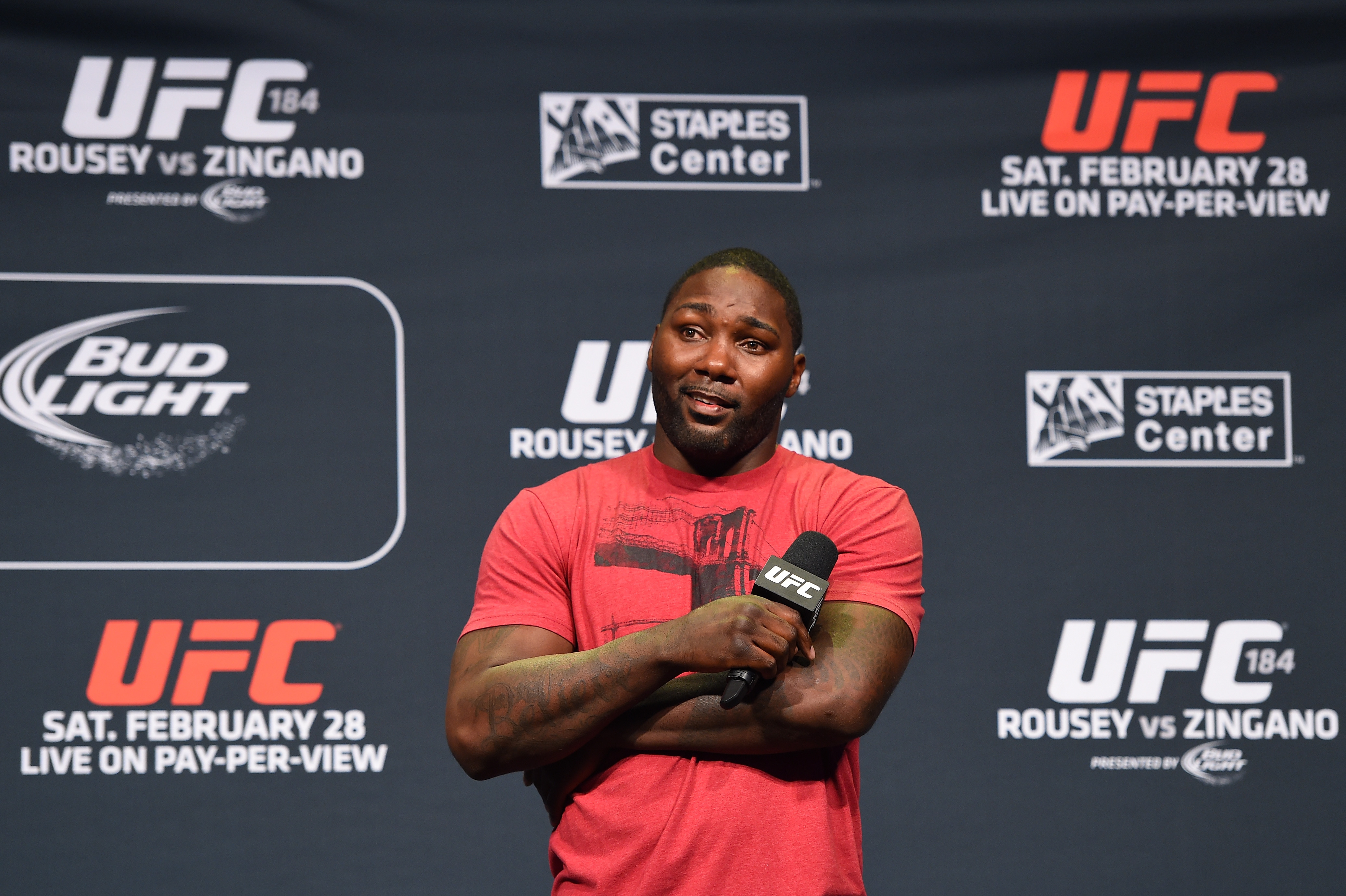 Johnson is excited to get his chance to test Jones’ chin when they meet in May, and anybody else the UFC puts across the Octagon from him, for that matter. Rumble is ready to face all comers, saying several times he is ready to fight any time and against anybody.

But even though he’s focused on beating Jones up, he was quick to offer support for the champion in regards to his recent drug issues.

In the midst of his second run in the UFC, Johnson said he needed to be cut after his loss to Vitor Belfort at UFC 142. An immature Rumble needed to grow up, and that’s exactly what he’s done.

Since that loss, Johnson hasn’t suffered a single setback, putting together a perfect 9-0 record, including six wins by KO or TKO.

Johnson, who once fought as low as welterweight, said fighters should learn from him and fight at the weight class where they’re physically comfortable.

As for his future, Johnson said he’s willing to fight anybody and in any weight class – whatever the UFC wants him to do, he’s ready.

“As far as me going up to heavyweight – if I win the title and defend it a couple time, I will go up to heavyweight,” Johnson said. “I’ll test those guys’ chins out and see what they’re made of. I’ve fought at heavyweight already, so it doesn’t matter to me.”