Anthony Johnson: Rolling with the Punches

"When it comes down to where I’m gonna be at or who I’m fighting, I
really don’t care because to me, that’s just a human being. I
don’t care who it is." - Anthony Johnson 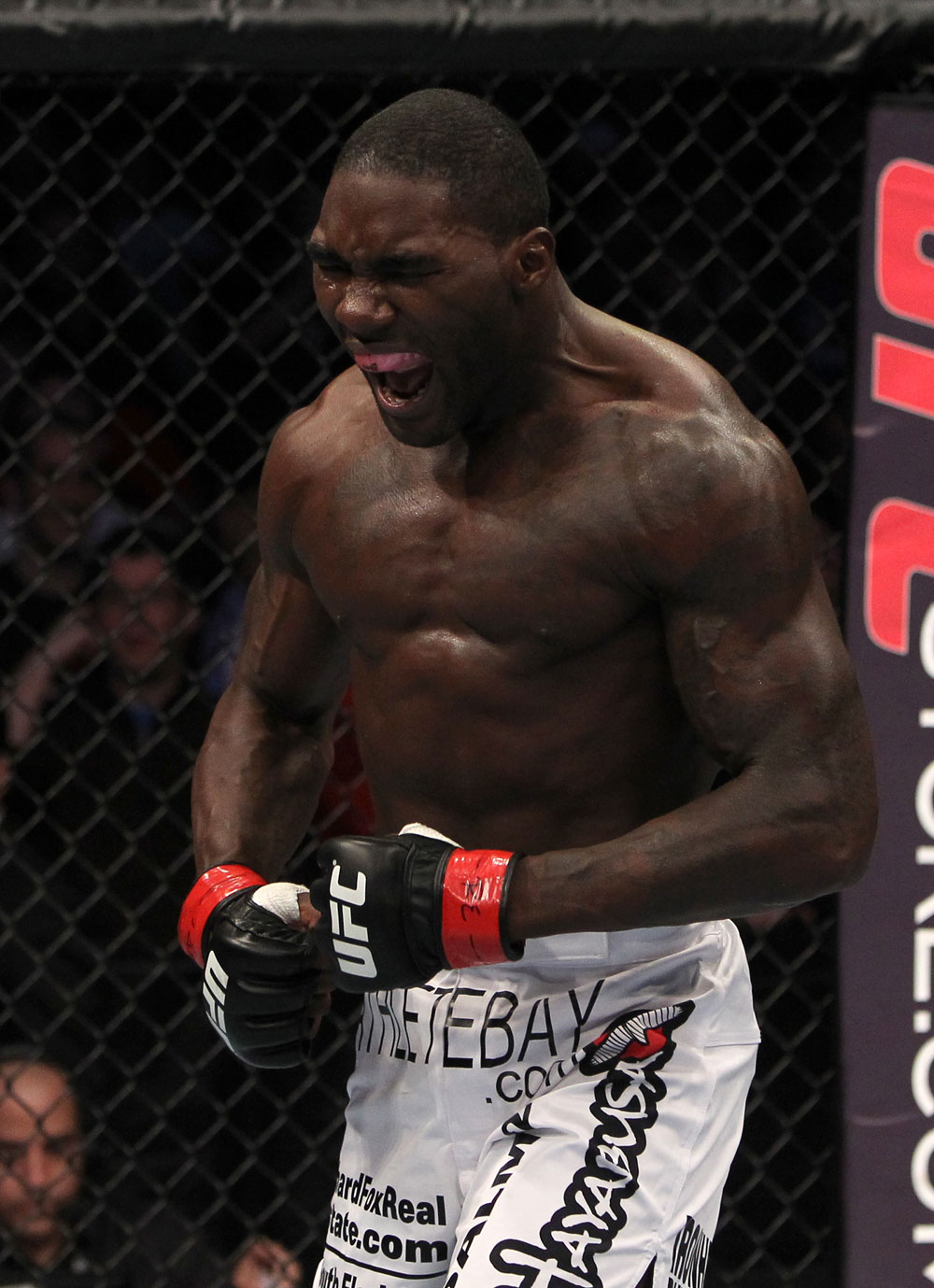 As Anthony Johnson prepares for his return to the UFC against Phil Davis this Saturday, his first bout in the Octagon since January of 2012, he’s probably as relaxed as he’s ever been before a fight. That’s probably not what you would expect from anyone in his position, considering the high stakes involved in the UFC 172 co-main event, but they haven’t been where “Rumble” has over the last two years.

“I think the last time I felt pressure for a fight was with Vitor (Belfort),” said Davis of his 2012 submission loss to Belfort, a defeat that saw him come in 11 pounds overweight and that earned him his release from the promotion. “Ever since then, I haven’t felt any pressure. Pressure and being nervous kind of went out the window after I fought Vitor. (Laughs) I decided to really not care about that stuff and give it my all even more and stop listening to the critics and to what people had to say. Because 90 percent of the time, what people had to say was negative. I just got to the point where I had to believe in myself.”

Most of the negativity had to do with Johnson’s struggles with the scale. The Belfort fight wasn’t the first time he missed weight for a fight, and even in his first bout following his release against David Branch, he didn’t hit the mark. And when it comes down to it, that didn’t make the affable Johnson a bad guy; it just made him a light heavyweight trying to fit into the welterweight and middleweight divisions. Once he realized that, he was fine. But that didn’t stop the online abuse he took, some of which was downright mean.

“I really just ignored it,” he said. “And nobody put this on me but me. So once you accept the things that you did wrong and you come to terms with it, you can’t be bothered with negativity anymore. It can’t get to me anymore and I’ve honestly heard the worst of the worst when it comes to somebody being negative towards me. I might bend sometimes, but you won’t break. The last time I broke was when I fought Vitor, and I haven’t broke since then, and that was two years ago, so I think I’m pretty good at not breaking. You learn and accept that you brought it on yourself and that’s what I did.”

The next step was winning, and the Georgia native has done plenty of that, going 6-0 with four knockouts since the Belfort fight. Among his victories were wins over Branch, Jake Rosholt, Andrei Arlovski, and Mike Kyle, but all the while, he didn’t lobby for a UFC return. If it was going to happen, great; if not, he was going to stay busy and keep winning.

“I didn’t know if I would be back, and I knew where I belonged,” he said. “Wherever I was at though, I was grateful for being there.”

He also had plenty of support in the form of his Blackzilians team in south Florida, as they helped him navigate the negativity and keep his eyes focused on the important things in his life and career.

“We’ve been through hell and back, me and the guys who started the team together, even before we became the Blackzilians,” said Johnson. “We’re a family. We support each other, we love each other, and when one guy goes to war, all of us are going to war. It’s not just one guy out there fighting. We’re all fighting with that guy in the cage, and when we train together, we push each other to be the best that we can be.”

And after his January knockout of Kyle, the buzz started getting louder about his return to the UFC, where he put together a 7-4 record with six knockouts from 2007-2012. And there was no question that the next time UFC fans saw him, it wouldn’t be at welterweight, or even middleweight.

“I couldn’t make 170 even if I prayed about it,” he laughs. “Fighting at 205 was a decision I had to make for my whole life. If I kept trying to go under 200, I was eventually going to kill myself. People already think I was crazy for fighting at 170; they were going to think I was straight stupid if I would have tried to keep making 170 or 185. So for the sake of my team, my family, my manager, and my career, I had to go up to 205. I didn’t want to let all these people down, and I didn’t want to let myself down. I know who I am and the type of fighter I am, and I had to make that decision to better myself. And ever since I made that decision, life has been beautiful.”

With a new UFC contract and a co-main event on Saturday against the number four-ranked Davis, it’s obvious that the days are pretty sunny for Mr. Johnson these days. As for the future, he’s going to take things as they come.

“When it comes down to where I’m gonna be at or who I’m fighting, I really don’t care because to me, that’s just a human being,” he said. “I don’t care who it is. When they offered me Phil, I was like ‘okay, whatever.’ It really didn’t matter to me because I can knock him out just like I knocked everybody else out. I can fight him and be just fine. He’s a tough guy and a very good competitor and he has my respect. But they could have given me Little Nog (Rogerio Nogueira) or (Dan) Henderson, it didn’t matter; I was just ready to fight. The name doesn’t matter. At this point in my career, I just gotta fight whoever they give me.”

That’s all he’s ever wanted.