Anthony Hernandez Has That Dog In Him

UFC Middleweight Anthony Hernandez Is Living The Dream Every Time He Gets To Scrap. See What "Fluffy" Had To Say Before His UFC Fight Night: Sandhagen vs Song Bout With Marc-André Barriault.
By Gavin Porter, On Twitter @ItsGavinPorter • Sep. 15, 2022

Anthony Hernandez is one of those guys that was simply born to fight.

Since appearing on season two of Dana White’s Contender Series, “Fluffy” has had some ups and downs in his UFC career. But that’s exactly what Hernandez expects when it comes to fighting. Approaching each trip to the Octagon as a 50/50 scrap has long been his mentality, and it’s part of the reason why he loves each second of what he does.

“I’ll fight someone in the street, in the parking lot, it doesn’t matter who or where it is,” Hernandez told UFC.com with a smile. “It’s a lot safer in the Octagon, though, since there is a ref here to stop it. A fight is a fight. Keep it simple.”

Hernandez’s last two fights have been wild ones, a hard-fought decision win over Josh Fremd and a stunning submission win over jiu jitsu legend Rodolfo Vieira. While you’d think those two wins would have the 28-year-old feeling on top of the world, Hernandez isn’t counting on momentum being on his side when he faces Marc-André Barriault at UFC Fight Night: Sandhagen vs Song. 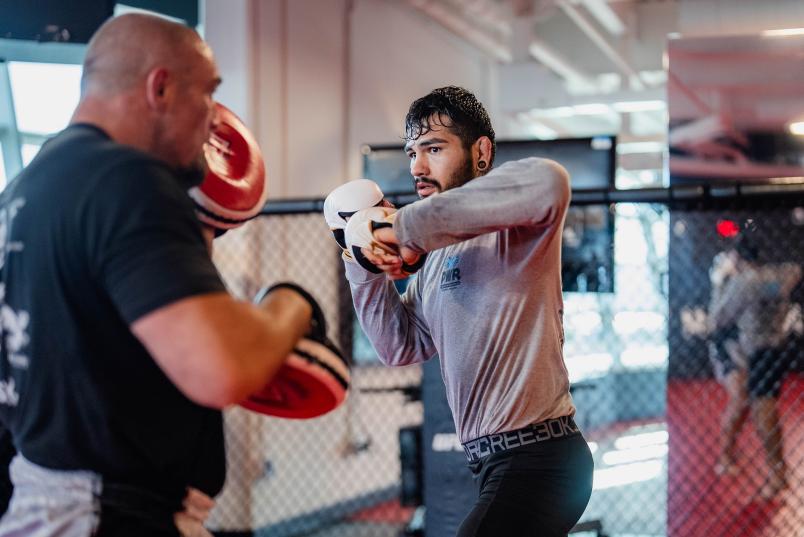 “I don’t give a f*** about all that, to be honest. A fight is a fight.” Hernandez said. “Every fight, that fight is the only thing that f****** matters when it comes to it. I’ve gone on streaks before when I was an amateur and when I was pro and, honestly, it’s just focus on one fight at a time, and I’ll be successful.”

The 28-year-old middleweight admits that he’s lost that focus in the past. He paid more attention to what could be next if he had a big win, and before he knew it, he was carried away and found himself on the losing end of a fight.

MORE UFC FIGHT NIGHT: Cory Sandhagen Is Ready For A ‘Real Run’ At The Title | Javid Basharat Is Taking The Leap | Yadong Song: "My Dream Is To Be Champion" | Gillian Robertson Has Found Belief In Herself | View The Entire Card Here

Focusing on what’s real is what helped Hernandez get on this win streak, and he’s confident that his team has him in the zone for Saturday.

“My coaches are the ones who calm me the f*** down. If it was up to me, I would probably just go out there and swing all the time,” Hernandez said. “I got a gameplan and the right people behind me and I’m going to go out there and do what we’ve been doing for the last couple months.” 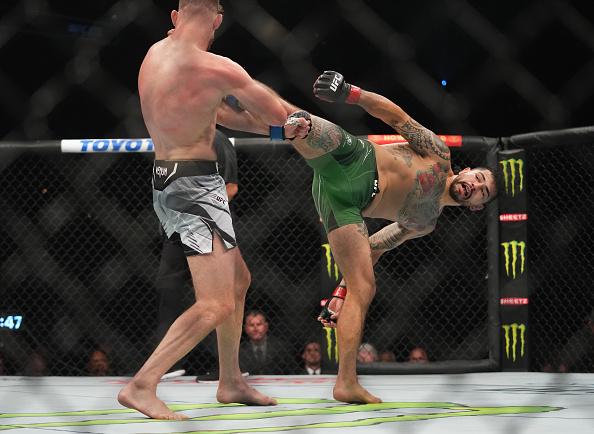 That instinct to go swing like a wild man is one of Hernandez’s favorite parts about fighting. It’s also a big reason why Hernandez seems to find himself in these crazy fights that have fans jumping off the couch.

If he’s being honest, Hernandez would welcome a nice clean victory over Barriault. But he’s taking a more realistic approach to the Octagon than predicting he’s going to get a quick and easy finish.

“For sure, I’d love that, but it’s a fight and everyone here is good. However, it plays out, that’s how it plays out,” Hernandez said.

“I’m not going to say it’s going to be a quick one because you never know how it goes. Sometimes the m*********** is just tougher than you thought. I’ve hit some guys, seen their eyes roll back and they’re still standing, so it is what it is. I’m here to swing until the fight is over.” 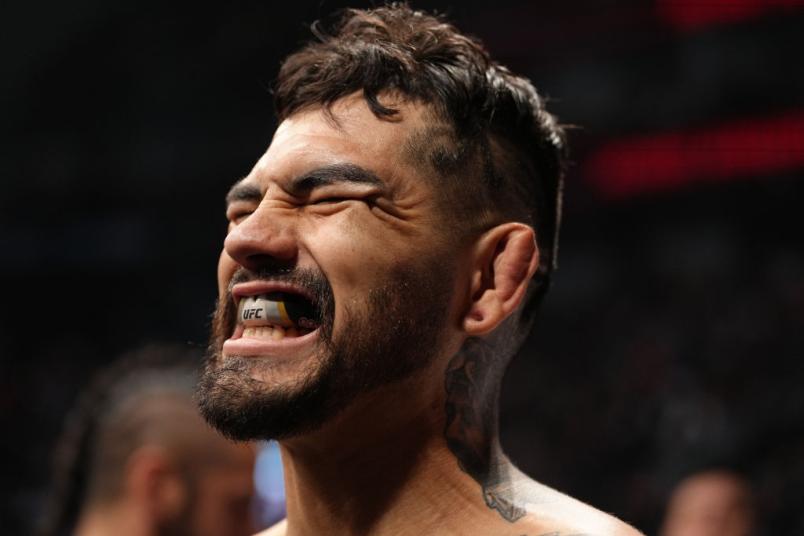 Anthony Hernandez prepares to fight Josh Fremd in their middleweight fight during the UFC 273 event at VyStar Veterans Memorial Arena on April 09, 2022 in Jacksonville, Florida. (Photo by Jeff Bottari/Zuffa LLC)

The big question for Hernandez is if he will be able to drag Barriault into his type of fight. Can he get “Powerbar” into dark waters and break him? That’s what Hernandez is aiming for.

“He’s a banger, he likes to come and fight. A 15-minute war is possible, but I plan on exploiting him, gassing him out and beating him. That’s my gameplan,” Hernandez said. “I know I can get it done.

“It feels good to be back; I’m living the dream.”