Cassar And Nickal Are Teammates Closer Than Brothers

They roomed together, they repped Penn State together and now they fight together.

It’s not uncommon to hear an athlete bask in a moment of success by comparing the team to a family, regardless of the sport. A defensive lineman who has spent all of 10 collective seconds speaking to the senior quarterback will speak about brotherhood and a side-by-side journey.

When the confetti is done falling, it’s unknown if the two hypothetical figures will ever cross paths again, disproving that illusion of brotherhood and union.

The bond of a wrestling team will always be knit tighter than a football team and the even more rare bond between Anthony Cassar and Bo Nickal is closer to brotherhood under a navy blue banner.

People will, of course, remember the individual matches and the team trophies the two helped bring home, but they may forget just how early in the game the two met.

“We were actually roommates since our true freshman year,” Cassar said. “He was the first dude I met.”

The time has finally come, thank you God 🙏☝️ pic.twitter.com/HNALvQ3uZs

The two spent, to this point, the most successful years of their lives as teammates and the closest of friends. Banners, National titles, Hodge trophies and more. Now their attention has turned to MMA.

Despite Cassar’s lack of professional experience and Nickal being in his MMA rookie year, the two enter the MMA world as cornermen for one another, not simply for the wrestling experience, but camaraderie and familiarity. It’s hard to get nervous around a teammate and friend you’ve spent the last decade pushing, cutting weight and succeeding with.

“I think the biggest thing is there being a familiar vibe that keeps him ready to go and comfortable,” Cassar said. “Anything he needs leading up to it, I’m there. We’ve competed so many times together and we know each other so well I kind of know what gets him ready to scrap and he knows the same for me. He’ll be in my corner, as well. When you go to war you want to be surrounded by people you know and love, so I think that’s part of it.”

Making his professional MMA debut only six months after Nickal, Cassar has already not only seen Nickal punch his ticket to the UFC, but completely set the MMA world on fire. The sport of folkstyle wrestling needed a beacon of hope in the UFC, and Nickal has more than delivered so far. 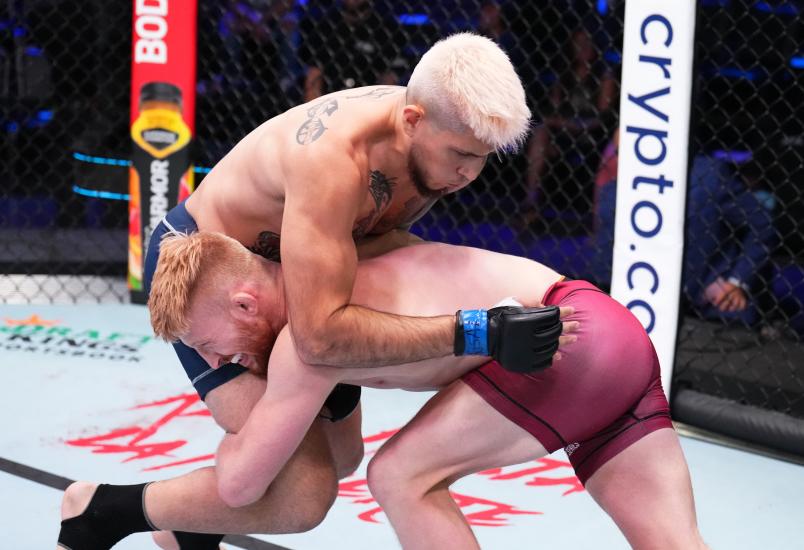 While the two may fight in different weight classes, the reality is that Nickal has kicked down the doors so hard that the dust still hasn’t settled. Cassar doesn’t feel that Nickal’s presence is any threat to his attention or potential, in fact, Nickal’s success may just act as motivation for the incoming heavyweight.

“I’m pumped for him for anything he accomplishes, and I know he feels the same,” Cassar said. “I know right now he’s had his jump and shine, which is great, and I’m planning on having mine in these next couple months. We’re on a journey together, but it’s separate, as well. I think once I get out there and show what I’ve got and look good while I do it, I don’t think there’s going to be any shine taken away from me.”