Another Turning Point For Song Yadong

As he sits down to chat with UFC.com, Song Yadong admits he’s a little tired.

“I’m feeling good, it’s just the weight cut,” he says via interpreter. “I have a few more pounds this time, so it’s a little tiring.”

The extra pounds have a direct correlation to extra work in camp, as he’s determined not to have a repeat of his last outing.

Like his UFC 265 main card opponent Casey Kenney, Song is coming off an uncharacteristic loss. It has been five years since he suffered a professional setback, and the unanimous decision that he landed on the wrong side of against Kyler Phillips in March was the first loss of his UFC career. But he didn’t let the learning experience go to waste. 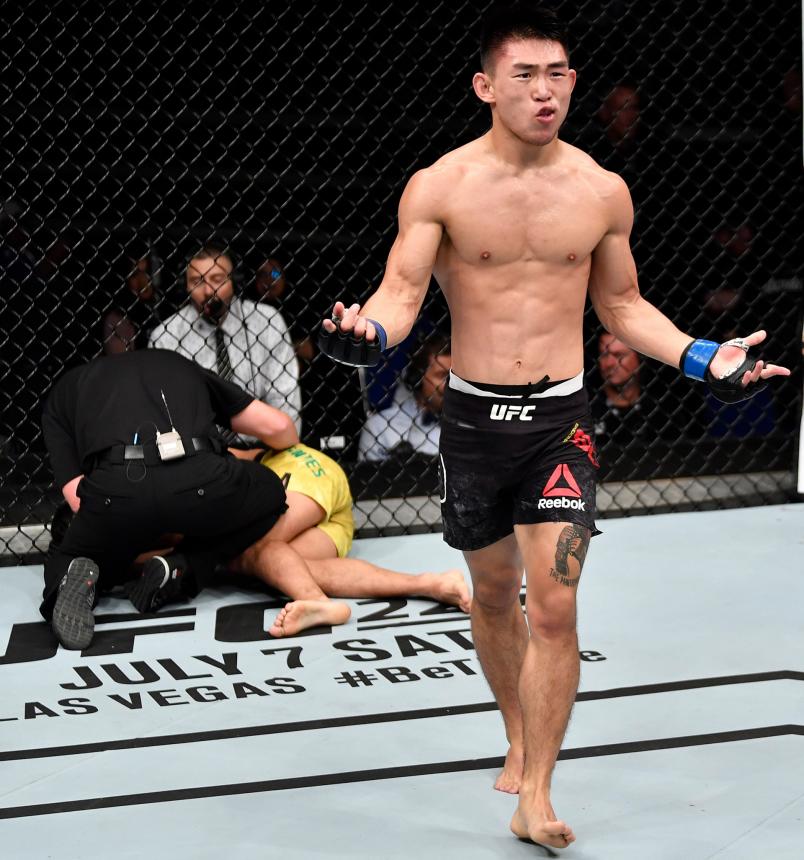 Song Yadong of China celebrates after his knockout victory over Felipe Arantes of Brazil in their bantamweight bout during the UFC Fight Night event at the Singapore Indoor Stadium on June 23, 2018 in Singapore. (Photo by Jeff Bottari/Zuffa LLC/)

“We’ve been focusing on my cardio and grappling this camp,” he says. “I need to be more well-rounded instead of relying on my striking. I have awesome grappling as well and I just need to use it. Last time I was a slow-starter, so this time I’m going to pick up the pace.”

Analytically speaking, one might say the same about Kenney. The pair are almost even money amongst the oddsmakers for their markedly similar approaches.

“I think we’re both good strikers that both have good grappling,” Song agrees.

There’s more than a little similarity to Song and Kenney. Both men have notched five wins each over seven UFC appearances. Both are coming off an infrequent loss. Both have collected a highlight reel of stellar performances. Neither have been finished in the UFC. It’s not too hard to imagine that Saturday will be the first, but not the last, time these two meet in the Octagon. Recent setbacks notwithstanding, we’re very likely witnessing two pivotal figures in the next generation of the UFC bantamweight division. 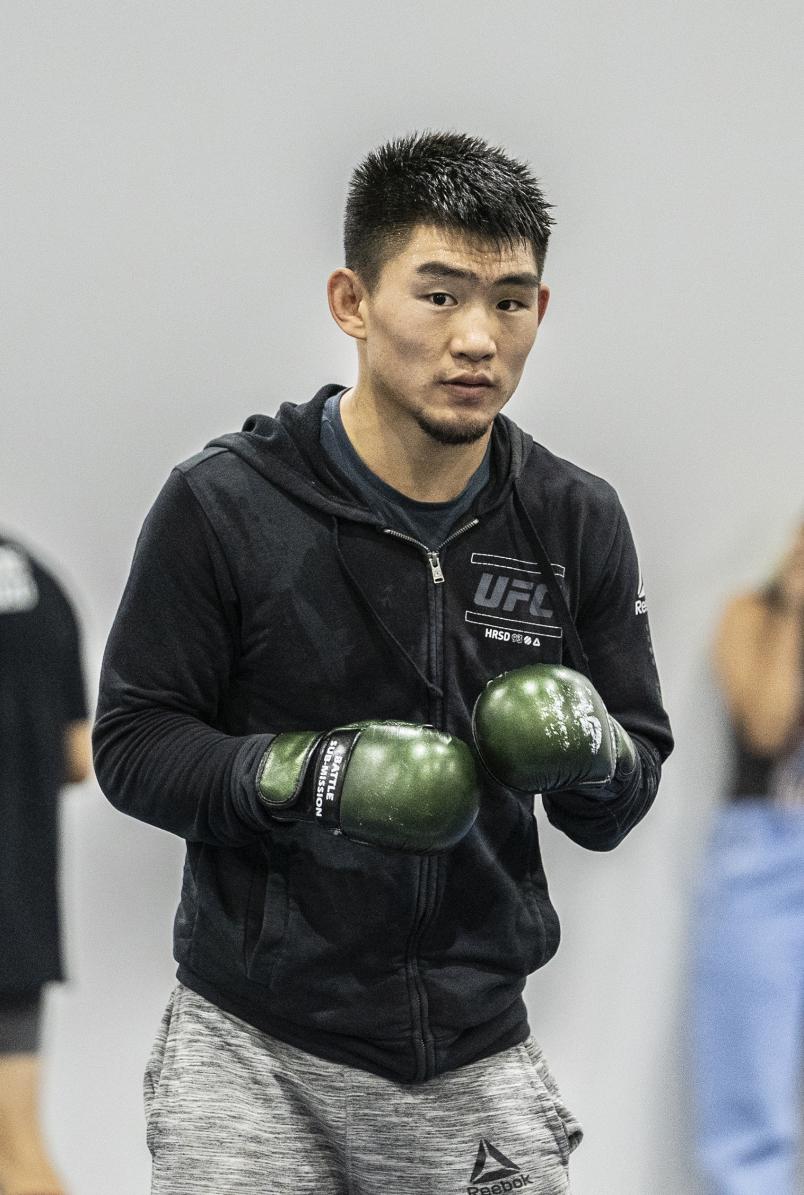 “I’m pretty happy that I get to fight with him. He’s a good opponent. He’s well-rounded. And I’m well prepared. “I’m prepared for everything, but I’m just going to improvise and see what he does.”

For his part, Kenney has a unique leverage in being the training partner of Phillips, the man who beat Song in his last outing. But unless he can somehow match Phillips’ almost superhuman speed, he’ll likely be in for three rounds of exchanges with the ultra-durable Song, who trains under UFC bantamweight legend and former WEC champion Urijah Faber with Sacramento’s Team Alpha Male.

“We’ve been training together for four years now. I know Faber and Faber knows me, so it’s great. I’ve learned a lot of practical techniques from Mr. Faber. I prefer to use my striking, but if my opponent tries to take me down, they’re going to see what happens.”

If there’s one difference between the competitors that leaps out on paper, it’s that Song has three more professional fights, despite being seven years younger than Kenney. Kenney’s 20 pro tilts are nothing to sneeze at, which illustrates just how much experience Song already boasts at the tender age of just 23. He began training MMA at age 13 in his native China and competed in his first professional bout before his 16th birthday. While fighters 10 years his senior are still compiling résumés that even come close, it’s difficult to overstate how much Song’s singular asset could potentially serve him when you take the long view. 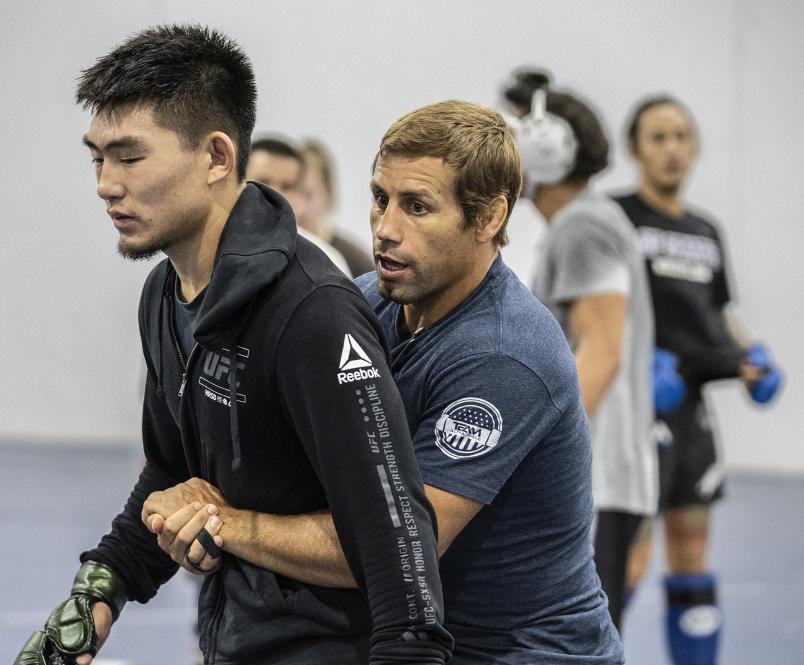 On the mats with coach Faber at Team Alpha Male, July 2021 (Photo by Juan Cardenas/Zuffa LLC)

It’s already been one hell of a ride.

“The fight that I remember the most and I enjoyed the most was the one in Las Vegas that got me ranked,” Song says, pausing briefly to reflect on his journey to date.

He’s referencing his UFC 239 contest two summers ago versus Alejandro Perez, where he needed just over two minutes to notch the KO victory in front of a capacity crowd.

“That was impressive for me. That was kind of the turning point.”

He’ll have that capacity crowd again Saturday in Houston. Could this bout be another turning point?

“I’m still young,” he laughs. “I still have plenty of time to improve. Enjoy your life. Just do it.”